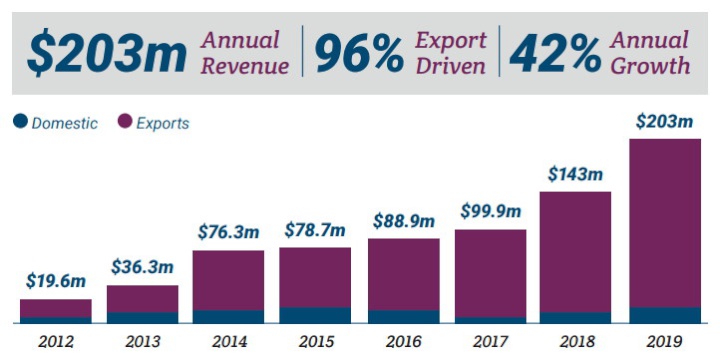 New Zealand interactive game developers earned $203.4 million dollars during the 2019 financial year – double the $99.9m earned only two years earlier in 2017. The success comes from targeting audiences around the world and 96% of the industry’s earnings came from exports.

Technology lets us export photons instead of atoms. The idea was a common theme in my writing 25 years ago when the internet took off. It took time for the reality of this to creep up on us. Now it is happening in a big way thanks to New Zealand's game developers.

One hundred years ago farmers would load sheep carcasses onto the, then, latest technology; refrigerator ships. These would belch smoke as they steamed to the other side of the world. It meant exporters earned foreign currency. This kick-started New Zealand on the path to, fifty years later, being one of the world's richest countries.

Sheep carcasses, milk powder, crayfish, apples and all those other exports were made of atoms. They weighed kilograms and they needed to be physically shifted. The products would often take weeks to reach their destination by ship. There were physical risks.

Today, when, say, Grinding Gear Games, makes a game sale on the other side of the world, photons, tiny particles of light, race to their new home in a fraction of a second.

There's nothing wrong with physical exports, that's been what we've done for as long as anyone can remember. Yet tomorrow's rivers of gold are going to come from exporting photons. We need to start thinking of games exports in the same way we once thought of meat or dairy exports.

If the game industry grows at the same pace for the next five years it could be worth a billion dollars a year by 2025. That's still less than, say, wine or kiwifruit, but with much better margins.