SWDC “out of time” for May hearing 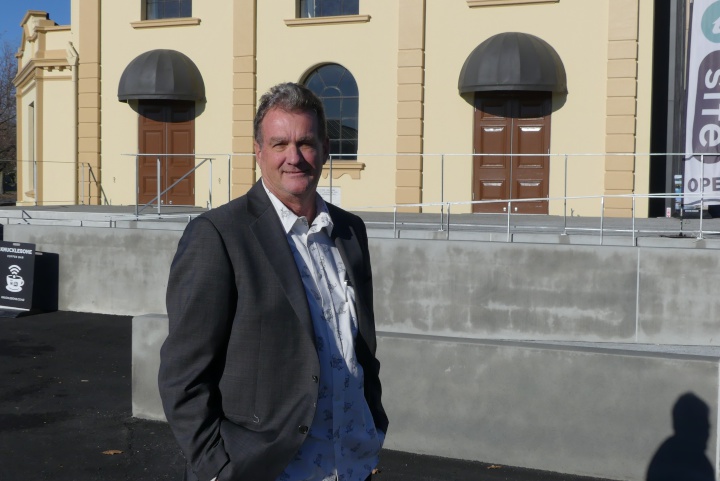 South Wairarapa District Council [SWDC] ran out of time to hit a May deadline for its proposal for upgrades to sewage treatment in Featherston, says chief executive Harry Wilson.

Councillors will consider options on its long-running consent application for upgrades to the town’s wastewater treatment plant at a meeting on March 18.

Wilson told the town’s community board that the application had got to the point where SWDC needed to “have a serious rethink of the whole thing, for a number of reasons”.

The application was for discharge permits to land, water and air for a wastewater land treatment and irrigation regime, for a term of 35 years.

It planned to discharge treated wastewater to land instead of diverting into streams and rivers, which SWDC said “is environmentally and culturally unacceptable”.

The consent application received 159 submissions when it was made public.

Of those, 152 were in opposition to the measures.

A hearings panel asked the council to further investigate the environmental effects and public health concerns raised in the submissions.

SWDC then carried out a period of community engagement, and a May 2019 hearing was postponed.

A second hearing in October was postponed.

Wilson and GWRC’s Shaun Andrewartha sent a joint memorandum to the three-person panel earlier this month, which said May’s deadline was not achievable.

This was because of the further community feedback, new technical information, and after its contract with the Wellington Water infrastructure company.

Methane from sewage treatment ponds accounts for over three-quarters of the SWDC’s greenhouse gas emissions.

Wilson said SWDC “simply don’t have time between now and May” to support the application.

“One, we continue with the application, second is we renotify, and the third is we get rid of it and start again.”

Councillors will discuss the district’s wastewater concerns at a workshop next week, ahead of the public meeting two weeks’ later.