Don’t be too pessimistic about New Zealand’s future.

Don’t be too pessimistic about New Zealand’s future

An assessment of what’s to come.
By Gregor Thompson 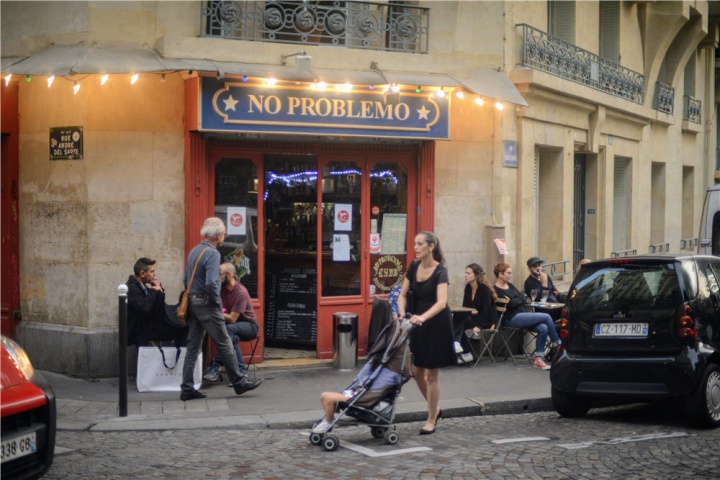 A bar in Paris, which unlike those in NZ is not open.

With the first hurdle hopped our Government will be turning its attention to trying to soften the economic damage this pandemic has on our little archipelago. If we use the past as our reference, as we often do, our future looks a bit bleak; imminent wide-spread job losses, a probable recession and a tourism industry with no international market et cetera. However, instead of dwelling on what are problems being felt universally in varying degrees, how about we look at what makes New Zealand’s circumstances different, how about we measure our future relative to the foreseeable futures of other countries. Now, I agree you cannot compare apples with oranges and the situations other countries find themselves in can be attributed to a lot of preventable and non-preventable variables. However, that’s not to say we cannot measure our lives going forward with some impartiality comparatively with rational assumptions about the futures or other countries based on their current situations.

I'm currently in mandatory state quarantine in Auckland, before this, I was living in France. I spent 3 months in quarantine there and left just as they were easing their confinement measures. In France, the reality is simple but somehow simultaneously complicated; they now live with the virus. They have spent the last 3 months building a medical and logistical infrastructure that can prevent future outbreaks from affecting large parts of the population and economy. If an outbreak happens in any given region, as is likely, they will adjust accordingly. This could mean anything from closing cinemas and parks to restricting all un-solicited movement.

While France is again a specific case, most other OECD countries (with perhaps the exception of South Korea and Australia) are in the same boat of constantly monitoring and adapting. If not, they are likely to be in a much worse position. To them this balancing act between death and deficit is a reality until something resembling a vaccine emerges or the virus miraculously disappears. In France even as I was watching shops open and faithful consumers consuming again there remained a strong whiff of uncertainty in the air. This uncertainty is warranted, people like their governments are likewise monitoring and adapting to the volatile situation. An economy where rational consumers are reluctant to spend money because of the uncertainty and unpredictability of their futures is problematic for obvious reasons.

New Zealand is not in this boat. Off the back of some geographic fortune, competent and conscientious leadership and an “outstanding team effort” as Jacinda said on the AM show Monday we (NZ), at 12:00am Monday morning became the first OECD country to confirm no active cases. We can now go to night clubs, sports events, cafes, restaurants and basically do anything we want (within reason) without social distancing measures and without fear. Our government put our lives first by eliminating the threat, but that's not all they did; they've provided us with confidence that Covid-19 will stay gone. This will make a difference.

That’s not all. Small business owners in Europe are currently dependent on state handouts, and in the US, they are dropping like flies. The Europeans with their more short-term ethical response are creating even larger deficits and compounding enormous amounts of debt, something they’ll likely pay for over the next few decades in taxes and right-wing extremism. While in America certain politicians have begun ignoring health experts because it’s become clear money is more important than the lives of their elderly. However, in America’s case vast amounts of the population (generally, those who can afford to) are justifiably still too scared to leave their homes, so ignoring the virus also doesn’t seem to work either. As for the East-Asian countries and Australia, they look to be in a similar situation to us, albeit delayed. Japan and Korea are reporting very few daily cases and the Australians even fewer. Once and if they succeed, as I hope they do, they will be conveniently placed for a Pacific travel bubble that could alleviate some of the damage being done to our tourism industry. So, not only has our response been one of the most ethical, we may well get the best possible economic outcome. Combine this with our minimal death toll and the general feeling of social togetherness the crisis has generated we are in a much better place than a lot our foreign friends.

The reason I say all this is because I believe New Zealanders, from observation, more so than other nationals have a tendency to only look introspectively.

Three months from now, with an election on the way and when the economic teeth of this virus starts to hit bone, people will start pointing fingers. Now, that’s acceptable, even encouraged, but it’s important to understand that this crisis has effected all countries and I have faith that, comparatively speaking, we’re set up for victory. With Covid-19 every country was dealt a bad hand, some certainly worse than others – we’ve played ours exceptionally well. Count yourself lucky. And if you’re in a bar this weekend, like you should be, please have a drink for those humans who still cannot do so.