On The Statue Issue In Aotearoa - New Zealand

On The Statue Issue In Aotearoa 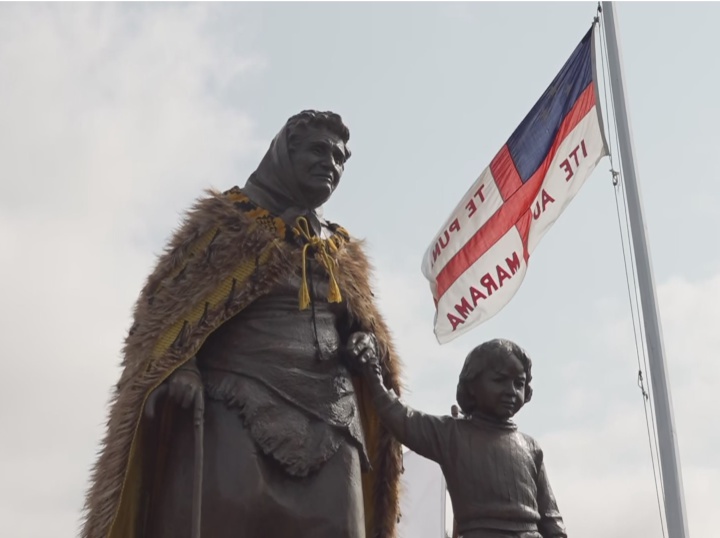 Should NZ consider adding a Statue of Dame Whina Cooper to the forecourt of Parliament?

The toppling of a statue of Edward Colston in Bristol, England, a beneficiary of the slave trade in Britain seems to have started a new global trend: the destruction or disfiguring of outdated public monuments. Now, I am indifferent to what happened to Edward Colston’s statue mainly due to the fact that the brief research I have done indicates that he probably deserved it. Another reason is that this particular incident did succeed in getting enough publicity to make the effort worthwhile. However, this style of protest does become more problematic when we consider decapitating and damaging the statues of other more ambiguously classifiable figures such as say, Winston Churchill or Captain James Cook. And, it’s a debate that is currently generating an enormous amount of news coverage. I personally find it difficult to see a continuation of these expressions of frustration taking us to a better place.

It is not that I have a problem with the monuments being removed, it is the means in which they are being removed with which I strike issue; by the public and without permission. I hold this position, more or less because I believe ultimately it will impair progress.

Destroying a symbol, whilst making for good television can only really be powerful if it is a novel occurrence. Increasing the frequency of such an act just diminishes its significance. Take the images of the Berlin Wall in ‘91 for instance, or the famous video Saddam Hussein’s statue falling in Baghdad in 2003; both had resonating effects because both were unique visual representations of watershed moments. The other key difference here being that these monuments were destroyed after the goal had been achieved, not before it. This public destruction of these statues, while it may seem exciting now, may later be deemed as ineffectual or even counter-productive.

Here in New Zealand, we started off the trend with the council removing the Hamilton statue in his eponymous city due to threats on social media and a perceived subsequent “health and safety” risk. This does not represent a success by the movement fighting against racial injustice in New Zealand. In reality, the toppling or defacing of old relics does not serve a purpose outside of symbolism. Symbolism, I concede does mean something, but in the battle against inequality it is shallow in comparison to concrete policy reform. As well as this, there are other less destructive, more inspiring and more effective ways to bring exposure to the issue; peaceful protest or persistent public attention as an example. The recent scrapping of the police armed response teams is a testament to this.

Being less destructive is by no means trivial. Destroying public property is likely to unnerve certain people. People who are socially progressive but still get uneasy about lawlessness are numerous. This behaviour will result in otherwise dedicated people distancing themselves from the issue, opting perhaps to stay at home instead of protest. Racial inequality is rightly becoming less of partisan issue in New Zealand. Now off the back of the BLM movement, inspired by the events in the wake of tragic murder of George Floyd by police in Minneapolis there is an opportunity to achieve real change. It is conceivable that vigilantes’ efforts may undermine the progress by dividing and consequently weakening the cause.

There is also scope for the damaging of monuments to spark a counter-movement in New Zealand, as it has this weekend in Britain. While there is no reasonable argument against the reality that it is disadvantageous in this country to be a minority, there is in fact a credible case for preserving history and against the destruction of public property. In other words, the destruction of our monuments may counter-productively louden a currently quiet opposition.

The conversation we are having is important. We should not let a question of the significance of some archaic out of date monuments divert the attention from what is really at stake here. If you want to help, keep your eye on the ball. What actually matters here is black lives, not oxidised statues.

A more appropriate approach is to use your vote, get on the streets when the opportunity arises and continue to pressure your politicians (on both sides of the political spectrum) to do the right thing. In light of this, before we take down the undeserving statues legally and with public consensus, diversifying our statue pool is not a bad idea. How about we erect a statue of someone that represents our contemporary values on the front lawn of Parliament. The juxtaposition of Dame Whina Cooper next to our 15th (and racist) Prime Minister may serve as a kindly reminder that we do in fact have the capacity to change, albeit slowly. 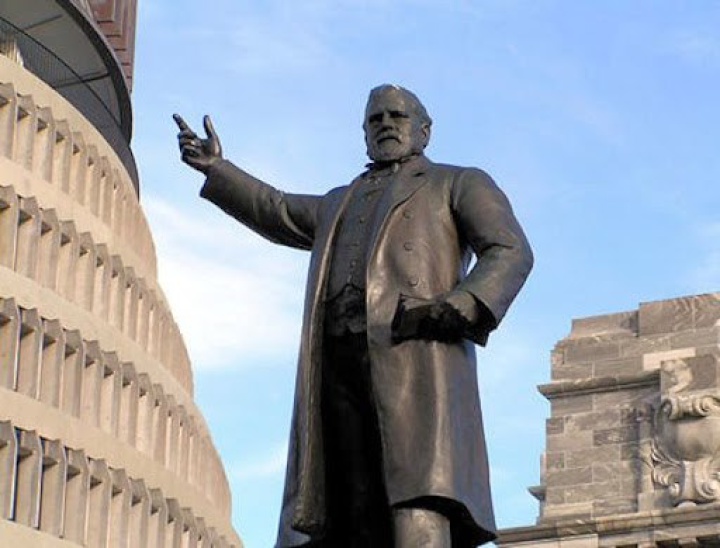 Should Richard Seddon alone represent the Aotearoa story in front of our people’s house?