Above Avalon on Apple pulling away from competitors 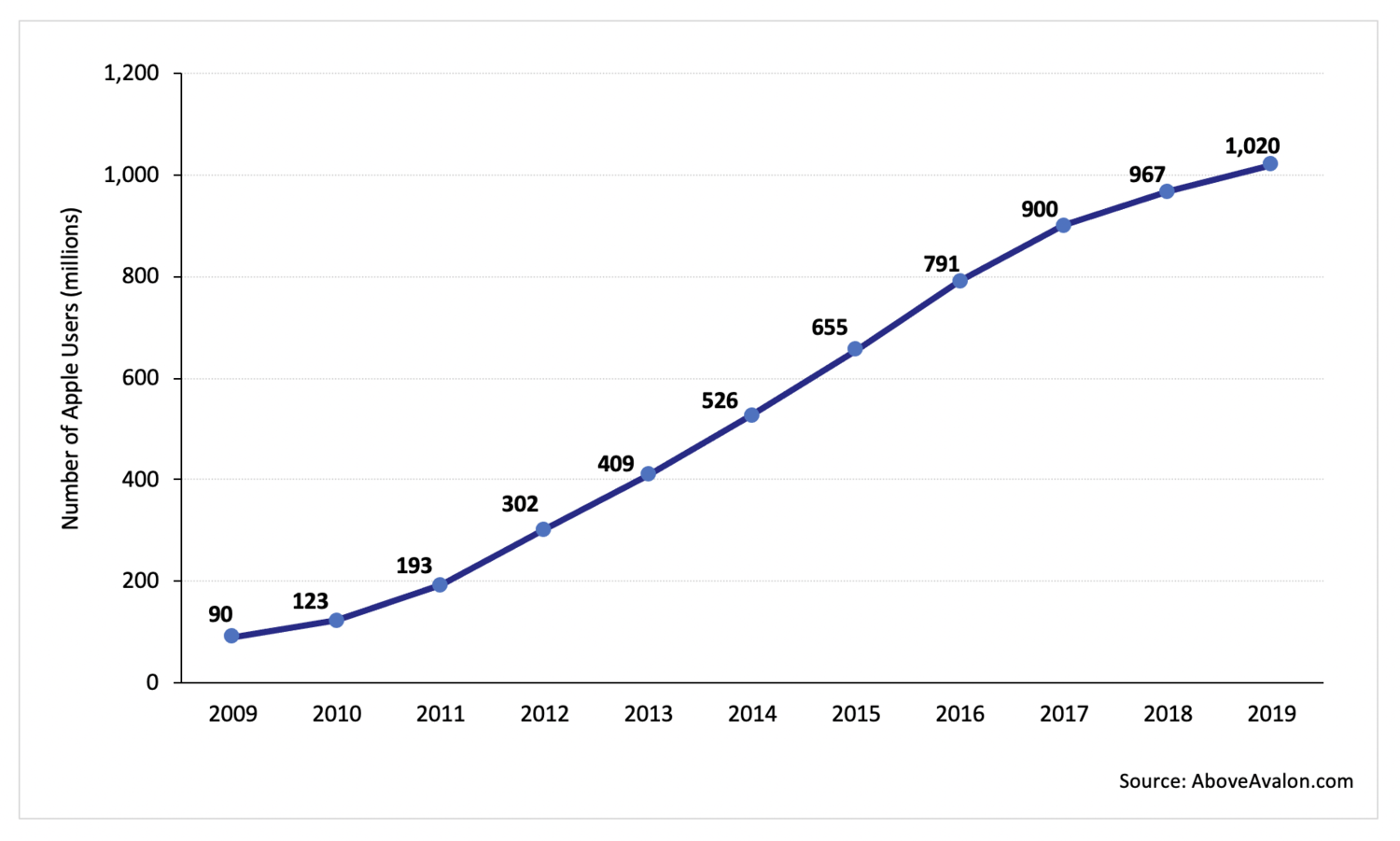 Apple Installed Base (Number of Users)[/caption]

For the second year in a row, Apple held a developers conference that should frighten its competitors. Relying on a nearly maniacal obsession with the user experience, Apple is removing oxygen from every market that it plays in.

At the same time, the tech landscape is riddled with increasingly bad bets, indifference, and a lack of vision. Apple is pulling away from the competition to a degree that we haven’t ever seen before.

Source: Above Avalon: Apple Is Pulling Away From the Competition

Above Avalon analyst Neil Cybart says Apple is stealing a march on other technology companies. He says the company has made long-term decisions that mean its rivals will struggle to catch up.

The story needs to be read through a careful filter. Cybart writes about the company both from an investment point of view and from a Silicon Valley perspective.

This doesn't necessarily make his analysis biased or wrong, it isn't,  but it can lack broader context.

Cybart's main idea is that Apple has pulled now all its strands together. The range of products and services has a new coherence and a clear direction.

This, according to Cybart, comes at a time when rivals are weakening.

Together these two trends have set up conditions that will move the company even further ahead of rivals over the next decade.

He makes a good case. Yet there are flaws in this line of thinking. Maybe flaw is too strong. Let's say questions.

In the middle of the web post Cybart lists the ways Apple is beating key rival technology companies. He, rightly, notes that Samsung "remains rudderless from a product vision perspective."

While that's true, Samsung is a major component supplier to Apple and other hardware companies. If you look closely at Samsung's financials, it's clear the areas that compete with Apple are not central to Samsung's profits.

The areas where the two companies co-operate are more important to Samsung.

Cybart correctly dismisses Google and Amazon as direct rivals. In the greater scheme of things their hardware products are inconsequential. Yet both remain on growth trajectories that could yet pose a threat to Apple.

Microsoft's hardware move has failed to alter the balance of power between Macs or iPads and Windows hardware. Cybart is right on the money when he says Surface mainly takes business away from Microsoft's Windows partners.

Yet like Amazon and, to a lesser degree Google, Microsoft is powering ahead with cloud computing. These companies are building a significant digital world where Apple doesn't play.

This is not a criticism of Cybart's story. He is on the money as far as personal computer hardware and its immediate successor technologies are concerned. Apple does look set to dominate.

Beyond this there are parallel markets where Apple is, at best a bit player. These markets interact with Apple's market. In the future they may interact in ways that are not yet clear.

Above Avalon on Apple pulling away from competitors was first posted at billbennett.co.nz.