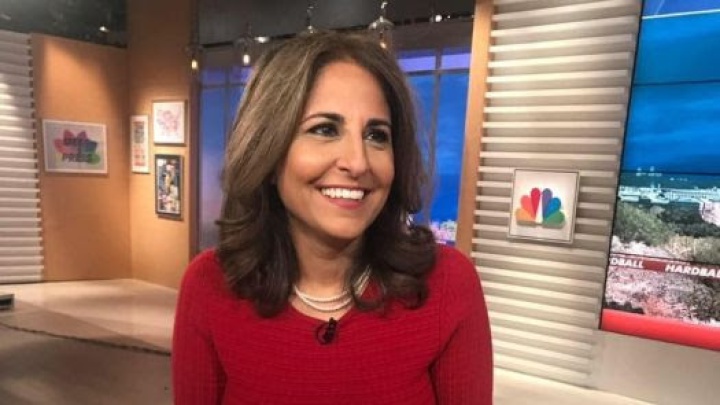 When Neera Tanden emailed her colleagues in support of forcing Libya to pay for the privilege of having been bombed, many misunderstood, including one of her colleagues who emailed back objecting to creating what he supposed was an obvious financial incentive for bombing more countries.

Now that Tanden has been nominated for high office and will face confirmation hearings in the U.S. Senate, we have an obligation to get this right. The top ways in which Tanden has been misunderstood are:

1. Tanden had already supported bombing Libya. The damage was done. It was her responsibility to find some source of funding to pay for it, and she was simply not as free as you ordinary schmucks might be to propose taxing billionaires or corporations because she was running a think tank funded and controlled by them.
2. Tanden actually got the idea from a handful of deranged Republicans, and there is nothing whatsoever more respectable than right-wing figures labeled leftists in the media seeking common ground with right-wing figures labeled right-wing in the media. You can’t complain about the shortage of such outreach and then object when it happens!
3. Libya at this point was becoming a hell on earth, a weapons bizarre, a host to open-air slave markets. No money left in Libya was possibly going to be used for anything good or decent. It was far more moral and sensible to try to steal some of Libya’s money to fund the government that had brought Libya to that state.
4. Tanden’s scheme, surpassing your miserable understanding, was to give oil profits a bad name without offending the brutal oil dictatorships funding her think tank. But you had to pretend you understood these subtleties and stick your nose in and muck it all up with your tree-hugging bleeding-heart opposition to incentivizing bombing people. Didn’t you?
5. Tanden loves the troops. If she didn’t rescue the financial balance of Operation F— the Libyans or Operation Freedom Falcon or whatever it was called, pressure could have grown to reduce the military budget, and how exactly would that have helped in electing Democrats in a nation where most people want to reduce the military budget? Think a little, why don’t you! This is why we need think tanks.
6. Tanden actually explained her motives in the email in question, but nobody chose to understand. If wars didn’t pay for themselves, Tanden feared, the U.S. government would not engage in the world in any way. Since diplomacy and trade and international institutions and cooperation on non-deadly enterprises don’t really exist outside of cult fiction, it’s either wars that pay for themselves or total and dreadful isolation. Plus, there is no way to pay for things like healthcare unless wars pay for them, and the health insurance companies that make healthcare so expensive are needed to make people as angry and desperate as they need to be to support the wars, which also generate a significant percentage of the need for the healthcare. You shouldn’t try to understand these complex and interlocking matters if you lack the proper degrees.
7. The email in which Tanden explained her admirable positions was fake and created by Russia or leaked by Russia which obligates you not to read it. Sorry.
8. Oh, OK, it was leaked to The Intercept, but the Intercept was created by Russia. Or it could have been, is what I heard has been assessed with a high degree of confidence.
9. Are you a sexist or a racist or an anti-Semite?
10. You love Trump, don’t you?

You can forward this email to friends and people can join this list here.
Please support David Swanson's work by donating at http://davidswanson.org/donate or by check to David Swanson, 513 E Main St #1484, Charlottesville, VA 22902.

David Swanson is an author, activist, journalist, and radio host. He is director of WorldBeyondWar.org and campaign coordinator for RootsAction.org. Swanson's books include War Is A Lie. He blogs at DavidSwanson.org and WarIsACrime.org. He hosts Talk Nation Radio. He is a 2015, 2016, 2017, 2018, 2019 Nobel Peace Prize Nominee. Swanson was awarded the 2018 Peace Prize by the U.S. Peace Memorial Foundation. Longer bio and photos and videos here. Follow him on Twitter: @davidcnswanson and FaceBook, and sign up for: Activist alerts. Articles. David Swanson news. World Beyond War news. Charlottesville news.