On The Fall Of Kabul 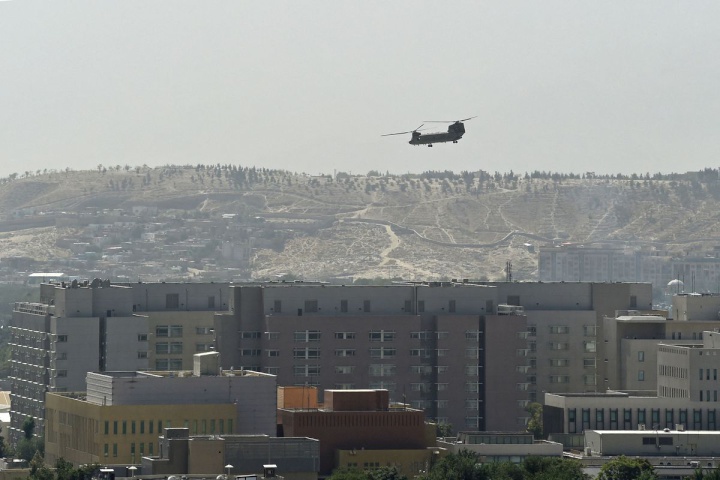 Like a giant Ponzi scheme, the 20 year experiment in nation-building in Afghanistan has come crashing down, in pieces. Since the US and its allies invaded the country in late 2001, hundreds of thousands of Afghan people have been killed. (The official death toll of 241,000 Afghans killed in the conflict since 2001 is probably a vast under-statement). Millions of Afghans have become internal refugees or have fled abroad,, and trillions of dollars in resources have been spent.

True, this Taliban 2.0 version is promising to be a kinder, gentler, more inclusive government than the original. Yet most Afghans will judge the Taliban not by that they say, but by what they do. The invasion in late 2001 had been launched to find and punish the perpetrators of 9/11, and to degrade the Taliban’s ability to harbour terrorist groups that threatened the West. Under US President George W. Bush, that mission morphed into an exercise in nation building, with the NZ Provincial Reconstruction Team in Bamiyan being a prime example of this newly-minted aspirational goal. Alas, any chance that nation-building in Afghanistan would succeed was doomed by Bush’s invasion of Iraq in 2003 – an adventure that put Afghanistan onto the back burner, and allowed the Taliban to regroup.

Bush should therefore take the lion’s share of the blame for the failure in Afghanistan. With deeply ironic dim-wittedness, Bush was – earlier this year- criticising the Biden administration for not maintaining the commitment to nation-building. Yet it was Bush whose attention fatally wandered, and who chose to launch a second US war before completing the first. Barack Obama’s spasms of troop surges and troop withdrawals marked another period of half-baked US strategy. Interestingly enough…back in 2009, vice-President Joseph Biden was a lone voice within the Obama inner circle in advocating for a US withdrawal, on the grounds that Afghanistan was no longer a dangerous launch pad for transnational terrorism, and that any threat it might pose in future (either regionally or to the US) could be dealt with by deploying America’s military might from offshore bases. Here’s how Biden’s ideas were being reported in Newsweek magazine back in 2009 :

During a long Sunday meeting with President Obama and top national-security advisers on Sept. 13 [2009] the VP interjected, "Can I just clarify a factual point? How much will we spend this year on Afghanistan?" Someone provided the figure: $65 billion." And how much will we spend on Pakistan?" Another figure was supplied: $2.25 billion. "Well, by my calculations that's a 30-to-1 ratio in favour of Afghanistan. So I have a question. Al Qaeda is almost all in Pakistan, and Pakistan has nuclear weapons. And yet for every dollar we're spending in Pakistan, we're spending $30 in Afghanistan. Does that make strategic sense?" The White House Situation Room fell silent. But the questions had their desired effect: those gathered began putting more thought into Pakistan as the key theatre in the region.

Back in March[2009], Biden stood alone. When Obama announced that he was launching a counter-insurgency strategy in Afghanistan—to develop the country and make its civilians safe from the Taliban—Biden was the only one of the president's top advisers to seriously question the wisdom of this course. The vice president even authored a short paper, called "Counterterrorism-Plus," outlining his case for a better-defined, more limited mission….Biden "didn't get a lot of traction internally," says a White House staffer familiar with the debate….

Well, that 12 year old strategy is what Biden has now brought to pass. History tells us that this could include a lot of bombing. (The last phases of the Vietnam War and the last phases of the Afghanistan war have both seen the US carry out huge bombing campaigns in the countryside). Looking ahead…from those US bases outside Afghanistan, the US is now going to try to contain any transnational threat posed by al-Qaeda, which is in surprisingly good shape, according to this report. Supposedly, the al Qaeda ruling council may also be quite keen to relocate back to Afghanistan at least some of the organisations top leaders, from their current hide-outs in Iran, Turkey and Pakistan.

For obvious reasons, the Taliban would be unwise to launch (even via proxies) any immediate attacks on Western targets. But no doubt, the Taliban will be more than willing to continue undermining the West via their control of the international trade in heroin and opium. As reported here, and also here, the Taliban has also been expanding of late into the methamphetamine trade. The new leadership of the Taliban – and you can read al Jazeera’s account here of who they are– had promised during the Doha negotiations to keep al-Qaeda and Islamic State under tight control, in return for international recognition, and humanitarian aid. We shall see. Ideologically, the Taliban are far more able to co-exist with al Qaeda than with Islamic State, which it sees as being a direct rival. The Taliban will also need help to cope with the grim Covid-19 situation in Afghanistan, which will very soon be its responsibility.

Biden is taking a lot of political flak for the speedy US withdrawal, and for the sudden military collapse. True, burning documents at the US embassy in Kabul and making a headlong dash for the airport has not exactly been a stellar example of US dependability on the world stage. The counter-factual to withdrawal though, is hard to imagine and to defend. Donald Trump’s team had negotiated a May 1st withdrawal, in return for the Taliban agreeing not to target US troops during the withdrawal phase. The Taliban did not reliably honour that deal.

Yet If Biden had reneged significantly on the supposed timetable, the US would have had to fight the resumed all-out war entirely on its own – because its NATO allies had left. Many more US lives and more hundreds of billions of dollars would have needed to be spent on an apparently endless war. In political terms, Biden would have then needed to explain why US troops should fight on and die for decades to come, purely in order to keep the Taliban out of power. Ultimately…staying wasn’t really an option, even in merely the medium term.

With hindsight, the sudden collapse of the Afghan defence forces was not really a surprise. This collapse was not solely because of a lack of will. (For years and years, the Afghan forces had taken horrendous casualties but had fought on bravely, regardless.) Yes, Kabul was given up without a fight. But back in the early 1990s, the fight for power among warlords in Kabul had trashed the city and killed thousands of civilians. This national trauma was a key reason why the Taliban were formed. One largely overlooked reason for the collapse was that the Afghan defence forces were almost entirely dependent on private foreign contractors to maintain their equipment:

According to the Pentagon’s lead inspector general, contractors performed 73 percent of the ground vehicle maintenance tasks for the Afghan National Army in December 2020, and 84 percent for the Afghan National Police in the same month. For the AAF[Afghan Armed Forces] the dependence on contractors is even more critical. The Pentagon’s inspector general report notes that without contracting services, “consequences to the AAF will be the loss of aircraft maintenance, as the entire fleet is completely dependent on contractor logistics and supply chain support.”

Those private contractors were the first people out the exit door in May, 2021. At around that time, the West was in something of a bind – if it had then begun the evacuation of those Afghans at risk of Taliban revenge, this would have further undermined the Afghan resistance, and brought forward the Taliban takeover. Even so… the belated, paltry efforts at repatriation of vulnerable Afghans has been another form of betrayal. New Zealand’s efforts in this respect have been particularly shameful. A few weeks ago, Immigration Minister Kris Faafoi flatly refused to help when petitioned for clemency by a group of Afghans asking the NZ government to help evacuate Afghans at risk because they had helped New Zealand against the Taliban in the past. Reportedly, Faafoi dismissed their plea in a terse, one page letter.

As with Phil Twyford of yore, Faafoi’s fumbling of the ball has required more powerful figures to step in and speak for him. This morning on RNZ Jacinda Ardern was talking about helping “ fewer than 40” Afghans to get out, assuming this was still possible. Plainly, the US are not the only people who can’t be depended on to meet their moral responsibilities.

Footnote One: The extraordinary New York Times headline from last week (“US Asks Taliban to Spare Its Embassy in Coming Fight”) is not something anyone would have dreamed of 20 years ago, back in those gung-ho days after 9/11. Back then, the Taliban

had sought a deal with the US on far more congenial terms – including an offer to hand over Osama bin Laden for trial- than what is now in prospect. In their infinite wisdom, Donald Rumsfeld, Dick Cheney and George W. Bush rejected the Taliban’s initial offers of a compromise solution in Afghanistan. So much suffering could have been readily averted.

Footnote Two: And while the Afghan President Ashraf Ghani has fled the country,one of his much reviled predecessors stays on, with his young daughters to try and limit the bloodshed of the transition. Given that the mujahideen hung a former PM – Najibullah – from a lamp-post during a previous transition of power, that is pretty courageous of Hamid Karzai.