On Why Judith Collins Should Consider The Canada Model 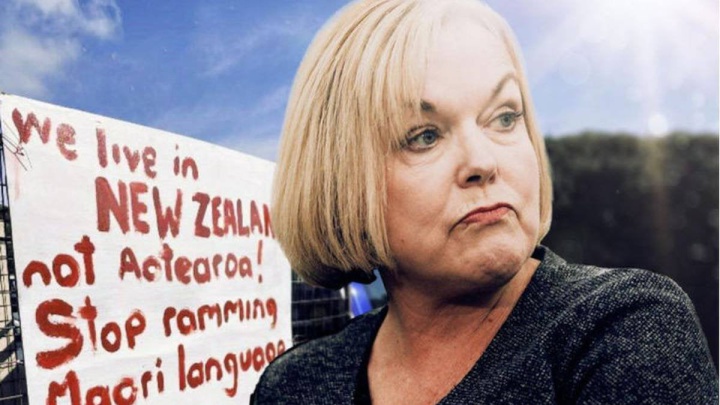 For months now, Judith Collins has been doubling down on National as the party of angry talkback radio. If you’ve got a beef about Jacinda Ardern telling you what to do, Collins is right on side. If you’re ticked off about all this Treaty malarkey about Ayo-tee-ah-roa, then ditto. And if you’ve had a gutsful of farmers being blamed for poisoning the water supply and releasing climate-altering gasses into the atmosphere…. Then Collins yearns to offer a sympathetic ear. In heading down this path, Collins will clearly brook no internal dissent. She has just side-lined Chris Bishop – apparently for mildly disagreeing (in private) with an example of the party’s avid pursuit of the Neanderthal vote.

There is another way. IMO, National should be looking at the Conservatives in Canada for a road map out of the political wilderness. On the current polling numbers and the direction in which the polls are travelling, PM Justin Trudeau looks to be in real danger of losing the snap election he has called for September 20. As the Canadian media has noted, the formerly lacklustre Conservative Party leader Erin O’Toole has come flying out of the gate in this campaign with a set of positive policies that sound more like he’s trying to pass Trudeau on the centre-left :

Here’s National’s problem. Collins has been wooing the angry and the resentful via strategy aimed at portraying the Ardern government as a bunch of out-of-touch liberal elitists. This hasn’t worked. Why not? Because the Ardern government – for all its lapses in policy execution – is not seen by a majority of New Zealanders to be out of touch. Au contraire, it is still being widely seen to be delivering on (a) protecting the public from Covid-19 and (b) reviving the economy. As a result, Collins has been left scuffling with the Act Party for the small minority (5-10% of voters) who view the government in deeply conspiratorial terms, and who still pine for the small government glory days of 40 years ago.

In Canada – interestingly enough - the Conservatives have become electable, but without trying to change their stripes. Like Collins, O’Toole is still strongly opposed to apologising in any way for the negative impacts of colonisation. He has continued ( for example) to defend the architects of Canada’s disastrous indigenous school system, despite the mass graves of indigenous children being found all over the country. The crucial difference is that those weirdly out of touch social views are not dominating the media coverage as they are for National here, and that’s because O’Toole has been able to direct the media spotlight onto his plans for middle class bread and butter concerns. “Affordability” has become a Conservative catch-cry, and not merely housing affordability either:

Affordability is one of the main issues of this campaign, not just for housing, but everyday life — and O’Toole’s platform is calling for action….Statistics Canada said in their inflation report for July that compared to June, six of the eight broad categories they track saw prices rise. Year over year, prices have gone up an average of 3.7% compared to last year. Housing costs are up 4.8% year over year, health and personal care up 3.6%, recreation up 2.9% while transportation overall is up 6.6%, but gasoline is up 30.9%, according to StatsCan. “Inflation is at a two-decade high, grocery bills have gone up 5%, back to school shopping is costing more and each trip to the gas station seems to hurt just a little bit more,” said O’Toole.

Point being: This is a very different attack line than the one that Collins has been pursuing. To repeat: Since the last election, Collins has been deliberately trawling for examples of liberal elitism in the halls of government, and has been playing primarily to the aggrieved minority. In effect, National has given up the battle for the majority of ordinary voters. Well, O’Toole has (so far) been demonstrating that a competent conservative party in Opposition can succeed in turning incumbency into a liability.

Rich world, poor world. As the Taliban made their final push across Afghanistan, Immigration Minister Kris Faafoi was tersely dismissing the pleas for help from Afghan refugees at risk of Taliban revenge. Since Kabul fell, our paltry attempts at rescuing Afghan refugees at risk have seen the New Zealand authorities refuse “ for security reasons” ( hah!) to provide a breakdown of the evacuees that we did succeed in extracting.

As in : how many of the people we rescued were already New Zealand citizens or those with permanent residence, how many ( if any) were merely officially employed contractors and then…at the rear of the queue, how many were just ordinary Afghan citizens whose previous service (officially and un-officially) has now put them and their family members in mortal danger?

So many questions, so few answers. Here’s a key paragraph, though:

A group of 37 Afghans who were formerly employed by the Defence Force – a group specifically referenced by Ardern when the Government announced the evacuation effort last week – had not made it on a plane.

Many of those people left behind had assisted our Defence Forces in Bamiyan. Add this abandonment to the critical findings of the Burnham inquiry, and our whole Afghanistan involvement has been a shameful episode in this country’s history. But hey, it will doubtless be a comfort to the people that helped us that – when the Taliban come calling – the New Zealand government may by then, have managed to turn its mind to thinking about them. As

Yep, us here will be thinking of you, over there. Good luck, and be kind to each other.

‘Lost futures’ is a term coined by Mark Fisher to signify the better worlds that we never get to realise, because of being trapped in a present that’s wrapped in nostalgia. Lost Futures is also the name of a new album by the guitarists William Tyler and Marisa Anderson. The title track could easily fit right into Tyler’s 2016 solo album Modern Country, which offered a wordless commentary on the ravaging of America’s social and physical landscapes. Here’s a live version of the “Lost Futures” track: