On Taliban hardliners, and a lockdown playlist 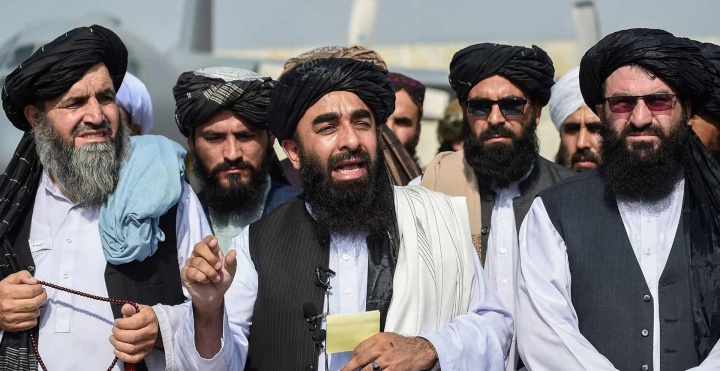 Well, so much for early hopes that the new Taliban “caretaker” government would be more inclusive, and moderate. Instead, we’ve got a Cabinet that is (a) all men and (b) all Taliban, with no attempt to reach across the country’s political divides. Also, this 33 member Cabinet has no regional, tribal or ethnic balance. Aside from two Tajiks and one Uzbek, everyone else is Pashtun. That’s a bit like having the South Island conquer the North Island and then announce a government of national unity comprised entirely of southerners, except for one person from Tauranga and two people from Whangarei. Basically, the international community has been given no reason at all to think that this leopard is interested in changing its spots.

However, the surprise choice of Mullah Hasan Akhund as Prime Minister does reflect a division within the Taliban - between its military wing, and what one might tentatively call the “diplomatic” or scholarly religious wing to which Akhund belongs. Unlike almost all other founding Taliban members, Akhund was not a member of the mujahideen in the battles against the Soviet occupation. Although he served as the country’s foreign minister in the late 1990s, Akhund’s main contribution to the Taliban inner circle has been on matters of religious principle. In that capacity, the allegedly “moderate” Akhund endorsed the religious rationale for banning the education of girls, the strict separation of the sexes, the restrictions on women’s garb, and the denial of rights to other religious and ethnic minorities.

When for instance, the Taliban leadership became incensed that the UN seemed to be more willing to donate money to preserve the Bamiyan statues than to finance humanitarian work on behalf of the Afghan people, Akhund was among those who re-assured the leadership that there was no religious principle standing in the way of blowing up the statues.

Akhund is probably best known as one of the architects of the destruction of the Buddhas of Bamiyan, the giant cliff statues destroyed by the Taliban in 2001. Initially, [Taliban leader Mullah]Omar had no intention of destroying the statues. But the Taliban founder was angered at seeing conservation money being made available for the UNESCO world heritage site while failing to secure humanitarian aid from the United Nations for Afghanistan. As such, Omar sought out the advice of his shura, and Akhund was part of the council that ordered the destruction of the sixth-century statues.

This background makes him an unlikely moderate, and an odd candidate as PM. After all, the Taliban already have a Supreme Leader (Habitullah Akhundzada) able to provide the executive branch with guidance on matters of principle, much as Ayatollah Ali Khamenei does in Iran. So why did he get the job? Reportedly, Akhund was/is a compromise choice.

Power within the Taliban has always been split between the deeply conservative Haqqani Network that led the military effort. Now – and ominously – it has secured the Home Ministry post in Cabinet. Meaning: the most conservative faction with the most guns and a battlefield mindset will be running the internal affairs of the country. The other faction is the more outward-facing group led by Mullah Abdul Ghani Baradar, a former deputy to Omar, and a person that the international community had optimistically assumed it would, and could, do business with. Instead, Baradar is to be Akhund’s “first” deputy and an associate of his in the Qatar diplomatic office has also been made “second” deputy. How come?

Supposedly, the real power balance within the Taliban is between Baradar’s group, and the Haqqani Network, several of whose family members have won Cabinet posts :

…There is political tension between Baradar and the powerful Haqqani network – a family-based Islamist group that has become the Taliban’s de facto diplomatic arm in recent years and has been successful in gaining support for the group among other local groups. The Haqqanis are among the most militant factions of the Taliban. And recent conciliatory language from Baradar on issues such as women’s rights, working with the international community and amnesty for members of the former government runs counter to the ideology of the Haqqani network.

So… Akhund as “caretaker” PM may be merely a temporary fix, and not a selection based on outstanding merit or administrative ability. For now, Baradar and the Haqqani Network are shelving their differences. Yet clearly, Baradar – even if he felt inclined to be moderate – would have to watch his back if he began offering the kind of assurances (on, say, women’s rights) that the international community will be seeking. It is hard to feel optimistic. When Akhund, the Taliban’s idea of a moderate compromise, is the same guy who gave the green light to blowing up the Bamiyan statues, this does underline the dilemma facing the outside world. How on earth do you deal with, and exert leverage on the Taliban in any meaningful way? Chances are, the Haqqani Network would prefer a medieval society in isolation, rather than bend on matters of principle.

Footnote: Apparently, one of the first tests of the international community’s resolve in dealing with the Taliban will come on September 21:

All the UN-sanctioned Taliban leaders are subject to an assets freeze, arms embargo and travel ban. About 15 of them, including Baradar, were granted exemptions to travel restrictions to allow them to travel to Qatar and various other destinations for peace negotiations. The UN Security Council is set to meet on September 21 to consider the further extension of these exemptions…. If the travel-related exemptions aren’t extended, the sanctioned leaders will effectively be unable to travel out of Afghanistan and engage with the international community.

Footnote Two: Sporadic (and very brave) demonstrations have reportedly been held in Kabul in defence of women’s rights, and these have been cracked down on by the Taliban with increasing force. Female university students have reportedly been ordered to cover their bodies with the abaya, a loose black kaftan more commonly associated with North Africa and the likes of Saudi Arabia, Qatar and the UAE - which may be a significant pointer as to where the Taliban will begin looking for economic aid.

Women students will also have to cover their faces with the niqab. In future and while at university, women are also to be taught only by other women or by“ old men of good character.” Private universities have reportedly been ordered to segregate male and female students with a curtain.

Footnote Three: Deobandism is the name of the branch of religious teaching followed by the Taliban leadership. There’s a brief outline available here of the historical origins of Deobandism, as a 19th century, anti-colonial movement of Islamic revival.

Not Dead, Not Grateful

Gratitude is a rare political commodity. No matter how well a political leader has guided the country through hard times, voters store up resentment. Winston Churchill for instance, may have led Britain to victory against the Nazis, but British voters turfed him out of office at the first opportunity afterwards. Right now, and after taking relatively successful steps to combat the pandemic, Canadian PM Justin Trudeau continues to fall further behind in the polls for the snap election he called for September 20. Jacinda Ardern will be taking note. Fairly or otherwise, voters eventually come to associate even competent leaders with experiences that they’d prefer to put behind them.

As Werewolf mentioned a fortnight ago, the Conservative leadership in Canada has not followed the same wretched strategy that Judith Collins has pursued. For months, Collins has been desperately pandering to every paranoid with a grievance, especially towards Maori.

In stark contrast, Canada’s Opposition leader Erin O’Toole has released a raft of positive-yet-conservative policies aimed at mainstream middle-class, middle-income voters in Canada, with all of the new policies being framed around issues of affordability and security. The Conservative election manifesto is here. The manifesto of Trudeau’s Liberals is here. Among other things, the Conservatives are promising massive job creation, increased spending on mental health, and measures to better secure vaccine supply. Canadians are even having a debate about the alternative approaches on offer to hot button issues like immigration and foreign workers.

The point being, if Collins wants to look like a government-in-waiting rather than an Opposition-in-whining, she needs to find a positive gear. Even a machine politician like Erin O’Toole is showing her how it can be done. But positive messaging just doesn’t seem to be part of her skillset.

Footnote: Reportedly, an overseas media consensus that once regarded Jacinda Ardern as “ Saint Jacinda” is now turning against her ! Shock, horror. The media first builds someone up, and then tears them down. Surely, an unprecedented turn of events.

When life gets hard, getting drunk/getting high has always been an escape option. For the main benefit of Aucklanders in lockdown, here’s a playlist of celebratory/cautionary music to do with mood altering substances, legal and illegal.