On The Perils Of Declaring Premature Victory 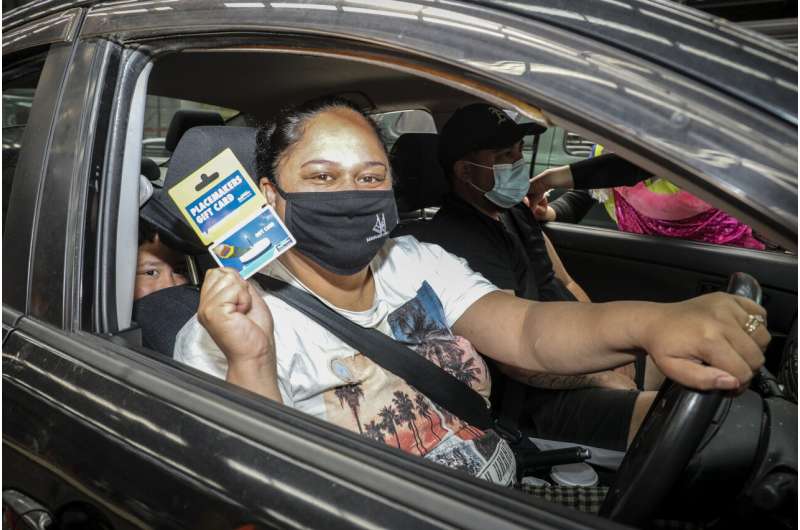 Sure enough, Saturday’s Vaxathon was a barrel of fun and a throwback not merely to the Telethons of the past. It also revived memories of those distant days of early 2020, when we were all carefully wiping down our groceries, not touching our faces, washing our hands for 20 seconds and responding to level four lockdowns by putting teddy bears in the window for the benefit of the little kids walking by in their family bubbles. Those were the days, when the Team of Five Million felt like a real, organic thing.

Saturday’s Vaxathon however, felt less like a commitment to stay the course, and more like the breasting of the tape at the end of a race. One last gasp, because the loudest voices have declared themselves to be so over it. They’ve had enough, even though the Vaxathon did not significantly shift the needle among the most vulnerable New Zealanders. The percentage of the unvaccinated shrank by less than 2.5%, to a still worrying 15.3 % of the eligible population. Obviously, more still needs to be done. Supposedly, the Vaxathon was aimed at converting the vaccine hesitants, but those figures didn’t change all that much. Fewer than a third (30%) of the 130,000 vaccinated on Saturday were receiving their first dose of the Pfizer vaccine. In the main, the Vaxathon was a party for the already converted. Over two thirds of the people vaccinated on Saturday had already received their first dose.

Other figures support that conclusion. Among Maori, 10, 825 got their first vaccine dose on Saturday and 10,877 received their second dose. Good work, but only small inroads. Nationwide, some 375,387 Maori have now had at least one dose (that’s only 66% of the eligible Maori population) and 252,479 (or only 44%) are fully vaccinated i.e. fewer than half. The regional and national breakdowns along ethnic lines in New Zealand are set out in tables available on this page. All over the country, those tables show that vaccination rates among Maori aged 12-34 tend to fall between 40% and 60%.

All together now, splitting apart

In the face of these realities, the Vaxathon celebration was an exercise in p.r. induced whiplash. It provided the government with an opportunity to celebrate the Team of Five Million, a fortnight after it had begun taking steps to dismantle it. For better or worse, the country is now headed for the lifeboats. Loud voices on RNZ this morning were hailing the fact that 89% of Aucklanders have had a single vaccine dose and thus deserve a reward for hitting that target. For the record, only 71 % of Aucklanders have received both shots, and (given the two weeks delay before full immunisation kicks in) this effort still falls well short of the government’s original stated target of having 90% of the population fully vaccinated. The audible business sector seems determined to declare victory prematurely, and move us all on. (That’s even though the subsequent infection levels would probably be just as likely as any government decree to inhibit the public’s readiness to dine out and spend.)

Far from everyone being in this together, the vulnerable are being increasingly viewed as having had their chance to get vaccinated, and if they didn’t take it, then tough luck for them. (In a nutshell, that’s the Act Party position.) Such attitudes tend to ignore the isolation of many Maori communities, and their decades of alienation from the public health system, both of which need to be addressed before those communities get exposed to further risk. As things stand, Covid would wreak havoc among unvaccinated Maori populations, who are living with a higher incidence of underlying medical conditions and within large, close contact, multi-generational households. That prospect, and the likelihood that the public health system would be overwhelmed doesn’t seem to faze many of the vaccinated New Zealanders able to afford the extra life jacket of private health insurance.

What I’m getting at is that this isn’t maybe the right time to be abandoning the Team of Five Million elimination strategy. If further state assistance is needed over summer to tide over firms in need, then that would be money well borrowed, and well spent. In the meantime, it will require months of further collective effort to reach anything remotely close to a 90% fully immunised mark among Maori. Even if New Zealanders overall somehow did manage to reach the desired 90% double dose figure nationwide, Maori would probably still figure disproportionately among the remainder at risk of the worst consequences.

Community initiatives to address the imbalance are still being launched. For example : on the weekend this Give a Little campaign mooted by Tina Ngata raised $100,000 almost overnight to hire a vaccination van able to reach isolated Maori communities in Tairawhiti. Similar measures are needed if we are serious about turning around the vaccination shortfall among Maori, and heading off disaster. But that effort will take time, and the loudest voices in business and among the corporate media seem to have convinced the government to start phasing out the measures that would require more patience, and further sacrifice.

Footnote One: Overall, 85% of the population have currently received at least a single Pfizer dose. Yet as the NZ Herald recently reported, even at an 85% double dose, modelling by Te Pūnaha Matatini has indicated that even within that (current) 15% residue of unvaccinated people there would still be 962,362 Covid cases and 4,314 deaths, even if moderate levels of preventative public health measures were being deployed.

Footnote Two: And since those pointing to how much better life-without-restrictions is in other countries, the UK’s 67% fully vaccinated population has (as of yesterday) 45, 140 active Covid cases, up 10,000 from the previous week, plus 7,086 hospitalisations (up 290 from the previous week). There were 57 Covid-related deaths in the UK yesterday (up 20 from the day before.) As for the US…it currently has 9.6 million active Covid cases, and has experienced 590 deaths in the past 48 hours. Its death rate per million from Covid is currently standing at 2,249. If such a rate had been translated to the Team of Five Million, we would have been facing north of 11,000 deaths. That number of people literally owe their lives to the way Covid has been managed by the current government.

So…. As yet we can still count some blessings. So far, the community outbreak in Auckland and the Waikato is not (cross fingers) exploding into exponential rates of growth. It may still do so. But right now, the overseas precedents signal the high risks we would be running, should we bow to the pressure (from some quarters) for New Zealand to throw off all its shackles. What would happen next would not be pretty.