On Virtue Signalling About Ukraine 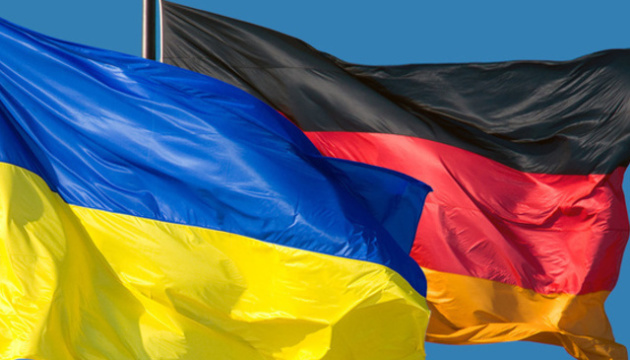 Safe to say, not a single life will be saved in Ukraine if and when our Foreign Affairs select committee can ever make up its mind to summon Russian ambassador Georgii Zuev to appear before it. Under the rules of diplomatic immunity of course, Zuev can simply choose to ignore the summons, anyway.

There is a lot of this kind of ineffectual virtue signalling going on, to do with Ukraine. We’re all full of genuine admiration for how bravely Ukraine is defending itself, but that admiration doesn’t extend to our government sending Ukraine any weapons with which to help Ukraine to defend itself. Other countries, such as Germany have done more in this regard, and have reportedly emptied their arsenals of weapons that have certainly helped, for now at least, to turn the tide of the fighting around Kiev.

Fine. Yet Germany has failed in another important respect. It could end its imports of Russian gas overnight, if it was prepared to shoulder the personal pain and political fallout this would involve, much of which has (arguably) been over-stated by its captains of industry. As things stand, Germany’s payments to Russia for energy – and before the invasion, Russian energy exports comprised 40% of Russia’s budget - is seriously undermining the West’s economic sanctions against Moscow. As this column has pointed out before, since the Ukraine war has pushed up the global prices for fossil fuels, the Kremlin’s war is – arguably – all but paying its own way.

The German example indicates the limited tolerance for personal pain Western countries actually have when it comes to helping out Ukraine. Very happy to cheer from the sidelines, though. True, under internal and outside pressure, the German government is pledging to reduce its imports of Russian gas, and it has tabled a plan for shifting to renewables. Yet that plan will not come into effect to any significant extent until year’s end, by which time Ukraine’s fate will almost certainly have been decided.

What makes Germany's effective subsidy of Vladimir Putin so infuriating is that, in the wake of the Global Financial Crisis, Germany and its bankers were more than willing to lecture the likes of Greece and other southern European countries about their alleged irresponsibility. Overnight, Germany imposed draconian measures on Greece that inflicted untold damage to the social and economic fabric of that country. At the same time, Germany chided Greece about its alleged irresponsibility.

As has been widely noted, critics have warned Germany for years about its own irresponsible addiction to cheap Russian gas. These warnings were ignored. If anything, the dependency grew. Now, Germany would rather prop up Putin than swallow the same kind or medicine it was willing – little more than a decade ago - to dish out to its neighbours.

Footnote: How bad would it be if Germany did institute an embargo on Russian gas imports? The US economist Paul Krugman recently summarised the likely fallout:

There’s no question that quickly cutting off, or even greatly reducing, this gas flow would be painful. But multiple economic analyses — from the Brussels-based Bruegel Institute, the International Energy Agency and ECONtribute, a think tank sponsored by the Universities of Bonn and Cologne — have found that the effects of drastically reducing gas imports from Russia would be far from catastrophic to Germany.

As one member of the German Council of Economic Experts, which fills a role somewhat similar to that of the U.S. Council of Economic Advisers, put it, an embargo on Russian gas would be difficult but “feasible.” The ECONtribute analysis offers a range of estimates, but their worst-case number is that an embargo on Russian gas would temporarily reduce Germany’s real G.D.P. by 2.1 percent.

Yet dial things back and compare that figure to what Germany was more than willing to demand of others, during the GFC:

Germany took the lead in demanding that debtor nations impose extreme austerity measures, especially spending cuts, no matter how large the economic costs. And those costs were immense: Between 2009 and 2013 the Greek economy shrank by 21 percent while the unemployment rate rose to 27 percent.

Frankly, if our Foreign Affairs select committee is serious about Ukraine, it should be calling in the German ambassador Stefan Krawielicki and asking him a few pointed questions about why Germany would rather throw a lifeline to the Putin regime than go cold turkey on cheap Russian gas.

Talking of symbolism without substance, the National Party’s recent comments that it could be, might be possibly thinking about a significant boost to defence spending were just so typical. National governments have postured for decades about the importance of the ties to our traditional defence allies, the need to bolster New Zealand’s defences etc etc… Even while in fact, they have systematically run down the armed forces and allowed their equipment to degrade.

Remember when our M113 armored personnel carriers kept breaking down in Bosnia, and needed to be towed back to base by our British allies? Thank the National government of the 1990s for letting that happen on its watch.

Repeatedly, a Labour government has been required to invest – through gritted teeth - in defence capacities that the previous National administration had wilfully neglected. Rather than be labelled as peaceniks, the Clark government invested hugely in defence (notably in the Army) to fix neglect that the Bolger years had not quite got around to addressing.

Similarly the Ardern government has spent billions on new reconnaissance planes and on new air cargo planes, again in the wake or years of neglect by the Key government. The other day, Ardern pointed that out, in telling detail.

Figures from the World Bank show defence spending fell to 1.11 per cent of GDP in 2011, the end of National's first term, the lowest in recent times. This increased to 1.15 per cent by 2017, when the current Government took office. It then increased the level of defence spending to 1.54 per cent.

"This increase in investment was necessary as the previous National government deferred investment in new planes and boats critical to supporting disaster relief at home and in the region," Ardern said.

Of course, there is a separate argument that it would make more sense to scrap the armed forces entirely, and put the money into a civil defence force fully equipped to respond to emergencies around New Zealand and in the Pacific. Climate change makes that argument even more compelling.

As for Ardern’s point about supporting disaster relief… If that’s the main purpose, we surely don’t need to buy and install hugely expensive anti-submarine detection gear in our Poseidons if we’re just trying to do effective disaster relief work here, or anywhere else in the Pacific. We don’t need such gear to police our Exclusive Economic Zone either, or to find lost sailors at sea.

There’s a simple reason though. why centre-left governments in New Zealand have had to do all the heavy lifting on Defence, in the same way they have had to do all of the spending required to fix the public health system. It comes down to basic competence. National – whether in government or in opposition - appears to lack the ability to produce anything beyond slogans, sound bites, tax cuts and related reductions in public services. Over the past 30 years, the evidence of this has been plain to see in Defence, as well as in everything else.