On The Tame Interview, And Macron’s Endless Challenges 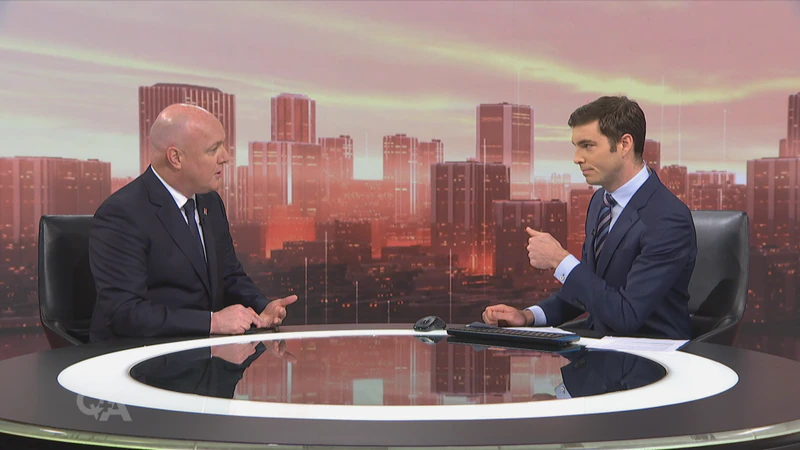 National truly is the party of aspiration. Any centre-right voter who watched their champion’s trainwreck interview with Jack Tame on last Sunday’s Q & A programme would have to conclude that if Christopher Luxon can lead National to victory in 2023, any wealthy white man in a suit can do it. A Luxon victory would prove once again that governments get voted out, not voted in.

In the meantime, any interviewer will be heartened by the evidence that in any encounter with Luxon, he can be relied on to say something foolish and/or incredibly evasive every time he is pressed for detail - even about his own statements, about which he appears at times to have only the foggiest recall.

In addition, the Luxon quota of unforced errors is already sizeable: on his querying the need for public transport subsidies, on his “bottom feeding” disparagement of the poor, on his calls to scrap Labour weekend, on his helping out the poor by giving a huge tax bonus to the wealthiest 3%, while voting against raising the minimum wage. The list of evasions is almost as long: how much would he personally get from the tax cuts he is proposing, what items of the government spending he criticises would he cut, how comfortable is he in hindsight, with his calls to throw open the borders just before Omicron arrived, and before the booster programme had been put in place…???

In any normal situation, Luxon’s refusal/inability to provide credible answers to Tame’s questions should be eroding his aspirations to be PM. After all… Not even Luxon’s repeated re-runs of I Used To Run an Airline are doing much for his credibility in his new job. When for instance, he promises to go “line by line” through the items of government spending, would that be with the same rigour he displayed at Air New Zealand, given that he claimed to have“ no re-collection” of the airline’s sales of military equipment to Saudi Arabia, despite that occurring on his watch?

Similarly, can Luxon be trusted to cut non-essential spending when he takes a Mercedes limo instead of walking 50 metres across the road? Can he be trusted to do or say anything credible about cutting the spending on public health bureaucracy when he opposes the cutting of bureaucratic duplication within 19 separate DHBs… Unfortunately, none of these red flags of incompetence seem relevant to the pool of voters dead keen to embark on the political equivalent of Married At First Sight.

Footnote: For those unwilling to sit through the full Jack Tame interview again, the clip with the inadequate response on how Luxon would cut public spending can be viewed here; the brief clip showing inadequate defence of his own calls to abandon Covid protections is available here: the clip with his refusal to admit how much he would personally benefit from his tax proposals is available here.

Right up until the eve of France’s presidential election, international reporters were still scaring themselves (and their readers) with the bogey of a Marine Le Pen victory that was never going to happen. During the final week of this allegedly “tight” race (with the incumbent supposedly only “fractionally” ahead) the polls were actually showing a 12 point lead for Emmanuel Macron.

The final result was an even bigger victory margin of 58.54 to 41%. As widely noted, Macron thus became the first French President to be re-elected in the last two decades - but in some respects, the precedent for Macron’s achievement had to go all the way back to the mid-1960s:

Since the re-election of Charles de Gaulle under the new Fifth Republic in 1965, Mr. Macron is the first president to have won re-election outside a period of "co-habitation," when the president and prime minister are from opposing parties.

Regardless, France is a deeply polarised country. While voters grudgingly mobilised to defeat Le Pen, Macron and his agenda remains widely unloved. Last Sunday, 27% of the electorate either spoiled their ballots, or stayed home. Macron’s victory and the rise of the hard right have both been fuelled by the fact that support for the old mainstream parties of the left and the right had fallen to below 5% during the first round of voting. The Socialists – France’s equivalent to the Labour Party – got only 1.75% support.

Significantly, 53% of the voters who supported the old mainstream right wing party Les Republicains in the first round, chose to vote for Macron – and not for Le Pen - in the second round. Clearly, tactical voting to keep Le Pen out was not something that happened only on the left.

In any normal situation, a 17 point winning margin would be a resounding mandate to govern. France however, is now heading into a further two stage election process on the 12 and 19 June that will decide the 577 seats in the National Assembly. The outcome will determine how well Macron can protect his second term agenda, which is likely to include a deeply divisive measure to gradually raise the age of retirement.

Can the left unite to block Macron? In the first round of the presidential elections, the left winger Jean Luc Melenchon had come very close – he won only fewer 420,000 votes than Le Pen - to being the second round challenger to Macron. In the past few days Melenchon has been trying to create a left wing coalition able to win enough seats in the National Assembly to put Macron in fear of a “no confidence” motion, and thereby force him to tack leftwards on policy, and not rightwards. Clearly, it will also be vital to see just how many potential allies for Macron on the “soft” right can manage to get themselves elected in June.

Given the usual tribal rivalries on the left, the level or co-operation required for a coalition will be no easy task. In the first round of the presidential contest, six left wing candidates split 31% of the vote between them - and arguably, it was precisely these divisions on the left that allowed Le Pen to slip on through into the second round.

Tribal rivalries aside, it would hardly be an unprecedented outcome for France to have a centre-right President, and a left-wing Prime Minister. Between 1986 and 2006 France was ruled for half that time by exactly that sort of “co-habitation” arrangement - most notably when Jacques Chirac called a snap election in 1997 and landed himself instead with left-winger Lionel Jospin as his prime minister.

A Melenchon/Macron “co-habitation” government would be something to behold, and the main thing stopping it from becoming a reality will be the usual reluctance of the left to co-operate with each other. On principle, of course.

Footnote One: To put the above more simply… In France, business-as-usual is when the President’s party also holds a governing majority in the National Assembly. Given the fact that the National Assembly elections follow very hard upon the heels of the presidential vote, that’s the more common outcome.

But keep in mind that Macron is not at all popular. If and when co-habitation has to occur, France essentially reverts from having a presidential system to a parliamentary one, on domestic policy at least. (Foreign policy and Defence remain in the hands of the President.) Onwards, citoyens, to the ballots of June!

Footnote Two: The Greens, the second biggest bloc on the left, are likely to be a barrier to Melenchon’s budding coalition of the left. In a peace signal to the Greens meant to encourage them to stay outside the coalition, Macron’s election night victory speech promised that progress on environmental issues would be the hallmark of his second term. Politics never sleeps, especially in France.