On The Youth Crime Furore 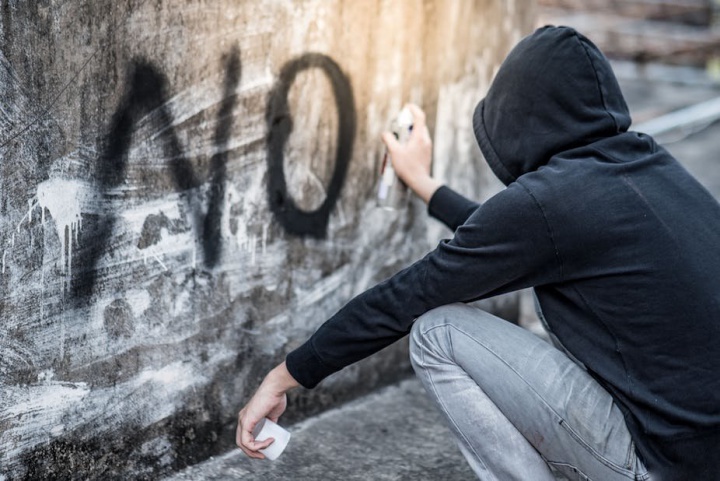 So far, the excited media response to the spike in “ram-raid” incidents is being countered by evidence that in reality, youth crime is steeply in decline, and has been so for much of the past decade. Who knew? Perhaps that’s the real issue here. Why on earth wasn’t the latest evidence of this steep decline a “good news” story in its own right several months ago? After all, the evidence was released at the end of January.

Meaning: it shouldn’t have taken the ram-raids to bring that data into the mainstream. The statistical evidence on the reductions in youth crime strongly indicates that society is doing something right about young offenders. Evidently, there are successful policy alternatives to the punitive, socially regressive “we’re tougher on crime” approach that the dinosaurs in the National Party are still peddling. (Hey, there are always votes to be won from keeping the fires of fear burning within the impressionable older members of the public.)

The statistical evidence to the contrary is startling, and on a scale that cannot credibly be denied. As Professor Elizabeth Stanley, the director of the Criminology Institute at Victoria University has pointed out, offending by children and young people has declined over the past ten years by 63-65%, when considered relative to the size of the population. Moreover, the rate of serious CYP offending has steeply decreased: the number of children/young people whose offending was serious enough to lead to a family group conference or court action decreased by 61% and 58% respectively.

“Rates of crime are not controlled by punishments. How we police and punish have extraordinarily limited impacts on crime rates. Rates are affected by economic, social and cultural conditions (not to mention by decisions on what we see as crime...looking at you, tax avoiders and co.)

As she says, between 2016/17 and 2020/21, the number of young Maori (aged 14-16) coming before the Youth Court fell by over a half (51%) ! The more serious end of offending is showing significant improvement. There has been a drop in the number of young people appearing before the Youth Court who then progress to adult court within two years. “This,” Stanley argues, “ is MAJOR. It shows declines in re-offending. Our kids - with the right social and agency supports - can move away from offending…People do grow out of 'crime', and this is far more likely to happen when we respond with respectful, culturally appropriate welfare supports (to CYP and their families). Don't follow the 'law and order' politics – it will take us back decades.”

Arguably then, the political debate should not be being waged between the tough on crime/soft on crime options. National can continue, as its spokesperson Mark Mitchell did on RNZ this morning, to live in denial on this issue, and choose to keep on trying to scare people with excited visions of a “tsunami” of youth crime. More and more though, this approach is looking like the law and order equivalent of climate change denial. Maybe it is now time, just as it did with the climate change deniers, for the media to de-platform politicians who refuse to believe the data, and who prefer to trust their gut or repeat what some aggrieved cop on the beat told them last week.

True, it will be hard for the media to abandon its tough on crime/soft on crime framework for reporting on the politics of law and order, but that time has come. What the data tells us that alternatives to the “lock em up” approach not only exist, but appear to be working. The debate should shift to being about identifying the successful programmes, and asking the centre-right whether they would or wouldn’t, if elected, continue to fund them.

Mind you, just as the causes of crime are complex - they have to do with the socio-economic causes of deprivation - it has been hard to pinpoint exactly what has been driving the significant improvements in youth offending. Unfortunately, when he released the original data in late January, Justice Minister Kris Faafoi shotgunned a simple answer: a bit of everything.

“While it is difficult to pinpoint all the reasons for the overall reduction in youth offending, there have been a range of cross-sector youth justice initiatives to prevent crime, reduce escalation and intervene effectively. These include: the Youth Crime Action Plan; Policing Excellence; Positive Behaviour for Learning; Youth Forensic Mental Health and Addiction Services; and Fresh Start. These initiatives are likely to have fed into the identified trends.”

There have been changes in Police charging practices, especially since 2016-17. We use diversion a bit more for less serious offending. This is really good practice for a child or young person. Major studies show that CJ (criminal justice) interventions make things worse for Children and Young People.

So… While the ram-raid offenders need to be identified and caught, their treatment by the system has to be informed by what will, and won’t, be likely to be successful in preventing them from being turned into career criminals. The hardline approach by Police and the courts to youth crime has been shown (a) to fail (b) to inflict lasting intergenerational damage, and (c) to be ruinously expensive for the taxpayer.

Of course, it is beyond the Police and the courts to fix all of the socio-economic causes of crime. (They have a hard-enough job coping with the outcomes.) But we can, at least, stop providing oxygen to the politicians intent on stoking the community’s fear of crime for their own advantage.

It seems that someone can run a successful business without being particularly smart. We’ve seen Christopher Luxon prove this time and again in recent months. DGL chief executive Simon Henry has been another example of the low-wattage mind power that appears to be common within our tycoon sector.

Even after everyone – from columnists to fellow DGL board members - slammed Henry for the misogyny evident in his deliberate “Eurasian fluff” takedown of Nadia Lim, Henry couldn’t even manage to get his retraction right :

In a memo to DGL staff on Friday, after intense media scrutiny this week because of his comments, Henry claims he has written to Lim to apologise. "You may be aware that I have recently been heavily criticised about some disparaging remarks I recently made about Nadia Lim, a NZ based chef," Henry writes. "The language I used to describe her is unacceptable. I have written to her today to formally apologise."

For the record: Lim is not a “chef” down at the local bistro. She is a highly successful New Zealand business woman and entrepreneur. She is also not simply “NZ- based” – she is a New Zealander, born in Auckland. But to Henry, it seems that being “ Eurasian” means that Lim isn’t a real New Zealander, right? Just some-one “based” here. Ultimately, even when trying to atone for his actions, Henry just couldn’t help but keep on insulting Lim.

Pause for thought. Why would anyone think that the business background of people like Luxon qualifies them to pontificate about politics, let alone be allowed to make policy that affects anyone else?

Narcissism and misogyny may go down well in the corporate New Zealand boys club. That figures. Business success often requires and rewards tunnel vision. Yet it doesn’t make the wider views of top executives worth paying the time of day. Frankly, it is scary to think of people as limited as Luxon holding executive power, where he could set about making laws that affect all of us.

For the best part of a decade, Patrick Kindlon has been a kind of hardcore version of John Darnielle. Meaning: he’s an opinionated polymath, graphic novelist and provocative podcaster (on Axe to Grind) who also leads a couple of very good bands – Drug Church, and Self Defense Family.

Drug Church’s recent album Hygiene is full of blasting arena-sized hooks, and on “Million Miles of Fun” Kindlon repeats a line that anyone can relate to: “Newsflash! I need news less!”

Every so often, a band crosses over from hardcore territory to alternative rock audiences. Think of say, Canada’s Fucked Up, with its own charismatic frontman in Damian Abraham. Also, think of the Bay Area dark metal band Deafheaven, which achieved huge success beyond that niche with their Sunbather album, and later releases. As anyone who saw Deafheaven on their New Zealand tour three years ago will attest - I saw them at the small Valhalla club in Wellington - they did so without losing their edge. Let's hope Drug Church enjoys the same crossover success.