On The Greens, And On Free Market Myopia 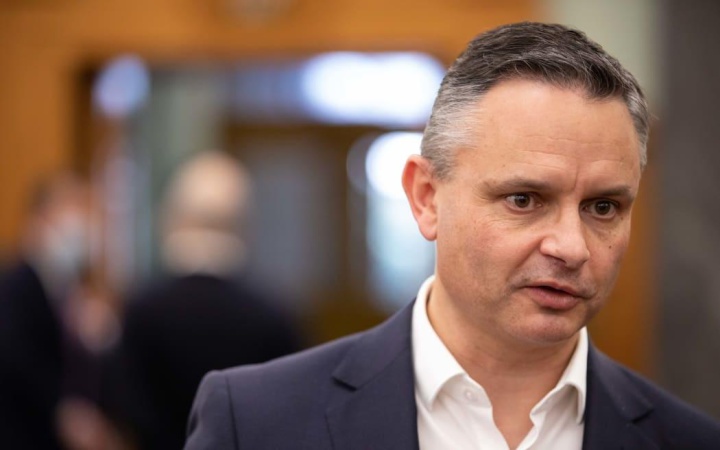 Climate change has gone from being one of those allegedly wacky Green ideas to wide mainstream acceptance. In their own ways, leaders like Jeanette Fitzsimons, Russel Norman and James Shaw each added to the increased credibility the Greens’ now have among the voting public.

The decision not to re-endorse Shaw as co-leader puts some of those gains at risk. It doesn’t help that this round of party infighting isn’t over a specific policy failing, but has been caused by a minority within the Greens feeling a general sense that the Greens have been too compliant. Allegedly, Shaw has been constraining the party’s ability to get traction – within the government or among the wider public - on climate change, and other issues.

In an ideal world, this would be a healthy debate. It is completely understandable why a minority within a party that sees itself as a radical vanguard would want to be pushing things along at a faster pace – given the urgency of the climate crisis, and with this being a second term of government where you could reasonably expect bigger policy gains for being a dutiful junior partner. To date, the gains that Shaw has made as a policy wonk on climate change have failed to generate much in the way of public excitement or momentum for the party.

The counter argument is that the Greens remain only a minority player, with a roughly 10% following among the voting public. It has no democratic mandate to expect its larger partner to do its bidding. Yet New Zealand First, with a smaller mandate, won more policy gains – on Defence in particular – out of being intransigent. (Yet even if a personality transplant was possible, would the Greens really want James Shaw to be more like Winston Peters? )

Ultimately, the challenge may turn out to be only a wake -up call to Shaw rather than a serious coup attempt. Either way, it is unclear just what policy gains Shaw can reasonably be expected to pull out of a hat before Election 2023, sufficient to satisfy his critics. His only serious challenger would be Chloe Swarbrick, and that would be a high risk strategy for the Greens, and for her own career. A rift within the party of the scale necessary to elect Swarbrick would risk sending the Green vote below 5% and out of Parliament altogether.

A leadership change would also leave the party’s survival almost reliant on Swarbrick being able to galvanise a very large number of new young voters who - notoriously - don’t always turn out to vote. Even on an issue tailor made for the youth vote – cannabis reform – Swarbrick’s leadership wasn’t enough to deliver a turnout sufficient for victory. In sum, a Greens leadership change would make a National/ACT victory more likely in 2023.

To put it mildly, such an outcome would not be a great platform from which Swarbrick could hope to rebuild the party. The irony for the Greens is that a Shaw/Swarbrick leadership team would probably be viewed as an ideal outcome by the wider public, but – for obvious reasons, partly to do with the party’s kaupapa - that is never going to happen.

Even if the Greens do take the safer option and re-appoint Shaw, his position will have been weakened. A façade of unity would also presumably require some visible policy concession to his critics. That’s where Labour could offer him a helping hand.

The legacy of the free market decades of de-regulation and privatisation is that New Zealand has become a high cost, low wage society. Globally, this reality has been steadily undermining our ability to be seen as an attractive destination for tourists, for skilled migrants, and for international students. In a 2022 survey by the influential Expat Insider organisation – a networking information source for skilled migrants - New Zealand was recently ranked as the second worst place in the world for people seeking an attractive place to relocate.

On arrival, the study found, newcomers to New Zealand struggle with their personal finances more than in any other country:

New Zealand was the worst-performing country in the survey’s personal finance measure: 49% of respondents said their disposable household income was not enough to lead a comfortable life, compared with 28% globally as they faced high costs of living and low wages.

The components of this perception were pretty telling :

Interestingly, the high cost of transport here was cited as a major drawback, as was the relative lack of culture and night-life:

New Zealand has a mediocre performance in the Expat Essentials and Quality of Life Indices (39th for each). The latter is mainly due to the high transportation costs (36% vs. 17% globally) and a lack of culture and nightlife (40% vs. 16% globally). But expats love the natural environment (95% vs. 83% globally) and the opportunities for recreational sports (84% vs. 75% globally). Lastly, the country ranks 34th for the Ease of Settling In.

As reported by The Guardian, " New Zealand also ranked below global averages for respondents feeling fairly paid for their work, seeing a purpose in their work, or liking their working hours. “The cost of living is too high here in comparison to the salaries,” one survey respondent from Botswana said. An expat from India was concerned about the “growing divide between the rich and poor”." New Zealand was the worst-performing country in the survey’s health & wellbeing measure, too. The country is rated negatively by 75% of respondents, compared with 35% globally.

Yikes. And it isn’t just the expatriate networking groups that are saying so, either So is the NZ Employers and Manufacturers Association:

….Head of advocacy and strategy at the Employers and Manufacturers Association (EMA) Alan McDonald said the country's high costs are putting potential migrants off. "I think we've probably lost our lustre as a great place to come," McDonald told AM's Ryan Bridge.

"For example, one of our bigger members has done job shows in the United Kingdom for a number of years. They went back up this year looking for 200 or 300 positions, they made 30 offers and only eight were accepted. And those people were saying [it was because of] the high cost of living, high cost of housing and you're shut,' If I come down here, my family and friends can't come and visit'." McDonald said New Zealand currently has a "little bit" of a reputation problem internationally.

Some of New Zealand’s reputational problems have been caused by the ham-fisted, brutally incompetent actions of Immigration New Zealand. Belatedly, last year, a new resident visa scheme sought to address some of the damage done by immigration policy and practice over the past ten years. However, staff shortages at INZ continue to cause delays in the processing of the applications. Moreover, many operators within the hospitality sector seem addicted to hospo remaining a low wage industry reliant on cheap, minimum wage labour.

Immigration Minister Michael Wood has been urging employers to offer improved wages and conditions. As Wood put it ,”Employers in sectors that continue to pay low wages with insecure working conditions also need to consider what changes they will make to be genuinely attractive places to work." However, the decades of driving down labour costs has left many employers wedded to structures where low wages are deemed essential for the firms’ survival:

A hotel industry association said the new accredited employer scheme attached unrealistic expectations to some businesses. The scheme had required staff be paid not the minimum hourly wage of $21.20 but the median wage, $27.76. That was amended to $25 an hour for specific construction, infrastructure, tourism and hospitality jobs. Hotel Council Aotearoa strategic director James Doolan said [that] pay requirement was not always viable for businesses seeking entry-level staff.

That’s no longer a sustainable stance. As soon as the borders started re-opening earlier this year, one fifth of the hospo workforce were reportedly heading off to better wages and conditions in Australia. Regardless, National Party deputy leader Nicola Willis has been urging the government to scrap any wage requirements for the hiring of foreign workers, at anything beyond the minimum wage. After all… If the better wages and conditions needed to attract foreign workers became the norm, wouldn’t Kiwi workers soon be demanding the same? The centre-right appears to have no plan or vision for this country as anything other than as a high cost, low wage economy. They want more foreign workers, but only if they’re coming at a readily exploitable wage rate. Increasingly that means the workers we need won’t be coming here at all.

Footnote: While we rate second worst (behind Kuwait) as an expat destination in the survey linked to above, Australia rates as ninth best. Seemingly, that’s largely because of the better wages and workplace conditions across the Tasman:

A combination of factors contributed to the high rating for Australia's working conditions, which was ranked at number nine overall – people arriving were far more likely to feel that their jobs are well-designed and pay fairly for work done.

Why has the outcome of the 1980s reforms been so much worse for New Zealand than the version of neo-liberal reform that was pursued in Australia? One key reason is that the Aussies chose not to atomise the work force and decentralise wage bargaining to quite the extreme extent that we did here, in an excess of free market zeal. We’re now living with the consequences. (While National and ACT are promising to go even further, faster with the same failed policies of yore.)

In the past, the workplace used to pose an even greater threat to life, limb and human dignity. Sarah Ogan Gunning (1910-1983) lived in a place and time when the fight for better wages and working conditions was an existential struggle :

This song by Dickens is also from the soundtrack of John Sayles great film Matewan, which portrayed a key battle for union rights in West Virginia, over a hundred years ago.