On Luxon’s Holiday, And The Greens Phantom Revolt 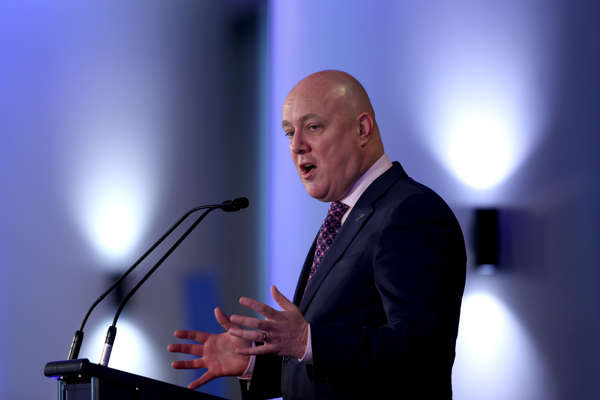 If nothing else, some of the media treatment of the Luxon lu’au has reeked of a double standard. If Jacinda Ardern – or any of her Cabinet Ministers – had been holidaying in Hawaii while their social media imagery was depicting them working hard on the public’s behalf in Te Puke, one could reasonably expect there would be (ongoing) hell to pay. Editorials would be being written about this arrogant undermining of the public’s faith in their leaders, and about our vulnerability to the perfidy of highly paid comms advisers. Various pundits in residence would be raising questions in the Guardian about how this incident raised far deeper issues about fitness for office. Mike Hosking would have blown a foo-foo valve.

Instead, some leading media outlets appeared to go out of their way to minimise the Luxon incident as a “social media gaffe,” an “unfortunate blip” and something that “ appeared to be a genuine mistake as opposed to deliberate obfuscation.” [The detective work required to validate that generous conclusion was not revealed]. Overall, the media tended to prefer the “cock-up over conspiracy” explanation, one best expressed in the old maxim about political blunders: “Never attribute to malice that which is adequately explained by stupidity.”

By now though, there have been so many stupid Luxon mis-steps and loose -lipped revelations that at some point, the man’s fitness for office surely has to be raised in the Guardian on the grounds of basic competence, even if issues of moral probity are ruled out. The man seems chronically incapable of accurately conveying what he means – because when he does and the public recoils in horror, he then has to scramble to assure everyone that he really meant to say something else entirely. In this particular case of “blame the staff” we are being expected to believe his social media team couldn’t read the calendar properly as to where he was on a given date. Hmm. “Boss in Hawaii” seems like a pretty easy item to remember, and mark on the wall chart.

Confusingly though, Luxon has since claimed to be (a) taking responsibility for the mis-representation while (b) claiming he had not nothing to apologise for, and moreover (c) it had all been a valuable learning experience:

Luxon says he takes personal responsibility but when first asked about it, did not accept the post was misleading. "No, the reality was my social media team released what I'm up to over a given week, but the reality is I was here in the middle week of recess working really hard," he told reporters. He and the team had "learned from it", are now "going forward" and he "wasn't losing any sleep" over it.

Good to know that the revelations about Luxon’s brand of fake news – I’m hard at work on your behalf while in reality kicking back on the beach – have been so instructive for him. Let's hope that what he’s “learned” from the experience extends beyond “Don’t get caught out like this again.” Actually, Hawaii seems to be a good place for politicians to avoid, full stop. Australian PM Scott Morrison was holidaying in Hawaii while Australians were losing their homes (and in some cases their lives) in the bushfires raging back at home. The voting public’s loathing of Morrison set in at that point. Thankfully, there were no major calamities while Luxon was off the grid. But the public learned a lesson, too. Alas, we may never again be able to treat Luxon’s social media posts as conveying the gospel truth.

Footnote: One for karaoke night at National Party HQ:

Luxon aside, Hawaii is a great place. Here’s a harmony classic by Mike Hanapi and Kalama’s Quartet, taken from a 1927 recording:

This (sort of) live clip of the same ensemble is pretty cool, too. As always, Hanapi’s falsetto is incredible:

Rebels With a Pause

A week must be feeling like a long time for James Shaw to be kicking around the house, waiting to see if a co-leadership challenger will materialise. His only serious rival – Chloe Swarbrick - has ruled herself out. Assuming her decision is final, one has to wonder what fore-knowledge (if any) Swarbrick might have had of last weekend’s challenge to Shaw.

At this point, the rebellion looks like an attempt to put Shaw on notice that at least some of the membership are impatient with the minimal gains he is making within government, and with the limited traction the party is currently getting with the wider public. Ironically, Shaw’s Green critics seem to have done to Shaw exactly what they accuse him of doing in government. Meaning: they’ve engaged in symbolic politics and virtue signalling, rather than showing a willingness to die in a ditch in order to overturn the comfy status quo.

Impatience that other people aren’t doing enough to make you feel good about yourself – and the state of the planet ! – isn’t a morally valid position though, let alone a political strategy. It is easy to blame James Shaw for not succeeding in re-calibrating the capitalist system in ways that effectively combat the realities of global warming. Shaw is not alone in struggling with that task. That said, its also true that the Green Party policy page on climate change doesn’t contain much to set the pulses racing.

Lest we forget however, Shaw co-leads only the junior party in a government where Labour holds an absolute majority. This means the Greens lack significant political leverage. Much as it may vex the impatient, this also means that the fights that the Greens pick with their partner in government have to be chosen with some care. Dissent that’s expressed to no achievable end would be only to the advantage of a centre-right Opposition that still seems to be stuck in the climate change denial of the late 20th century.

Sure, it would be great if the Greens in government could achieve more, while being more assertive out in the political marketplace... But it has never been clear just what policy (or policy mix) would be equal to “the end is nigh” urgency of the environmental Armageddon that we're facing. The more passionately the threat of global warming is framed, the less likely it feels that Parliamentary processes would ever deliver the revolutionary changes required. Neither of the major parties, for example, seem likely to ever endorse mandatory reductions in the size of our dairy herds. Even a sensible tax incentive to increase the use of less polluting vehicles ended up being damned and derided as a “ute tax.”

What the Greens rebels seem to want is for the party to vehemently pursue policies that are almost certainly bound to fail, and/or to then exit from government altogether. Sure, there can be virtue in righteous failure. The Greens used to be very good at being right, and being ignored. An exit on principle would certainly feel great for a while. It would just as certainly deliver a centre right victory in Election 2023 that would be devastating for the goals expressed in the Greens’ founding principles, on social justice and the environment.

In sum, hard choices are involved if the Green rebels ever do get serious about their insurgency. Stay in government, or not ? Stay in the party and accept the limits of party politicking, or not? Regard a deeply flawed unity as the price of averting a worse government, or not?

There are no easy solutions to those dilemmas. Right now though, blaming James Shaw entirely for the perceived inadequacy of the Greens achievements looks a lot like armchair activism at its worst. The Greens might have been struggling to reach 5% even without this episode. One can only hope the experience will awaken the party (and the public) to what the real stakes now are.