Volunteer numbers have increased according to the census figures released yesterday, giving the lie to suggestions that volunteering was diminishing, said Tim Burns, Executive Director of Volunteering New Zealand.

There are three categories of unpaid activity in the census which are used to measure volunteering type unpaid work:

- looking after a child who does not live in your home,

- looking after an adult who is ill or has a disability who does not live in your home,

- other voluntary work through an organisation, group or marae.

The numbers recorded were for those aged 15 and over.

“There was an increase in numbers for each of the three groups, indicating an overall increase in volunteer numbers,” said Mr Burns. “Interestingly, the largest increase in numbers, from 222,288 to 258,708, some 16 percent, was for those involved in looking after an adult with an illness or disability.

“This may be a reflection of the policy to provide more care in the community and the aging in place policy,” he said.

The increase for the numbers caring for a child was just over 47000 (11.5%) and for other voluntary work about 9000 (2%). The numbers involved in looking after adults with an illness or disability and looking after a child also increased as a proportion of the total adult population although there was a small drop in the comparable figure for other voluntary activity.

“Overall the results are positive news and they demonstrate that volunteering numbers are being maintained and growing for certain services,’ said Mr Burns

“We also need to note that the data collected in the census is only for activities in the four weeks prior to census night. This means that those people who undertake voluntary activities at other times of the year are not having their volunteering recorded in the census.”

The data also did not include volunteering by younger people aged under 15. “Many children are involved in voluntary activities through conservation groups, scouts, guides and similar youth groups and it is children volunteers who provide the school crossing patrols” he said.

“When we take these factors into account the overall census figures most likely understate the true numbers of volunteers,” said Mr Burns. 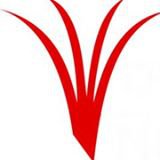