On China treating our citizens as Coronavirus hostages 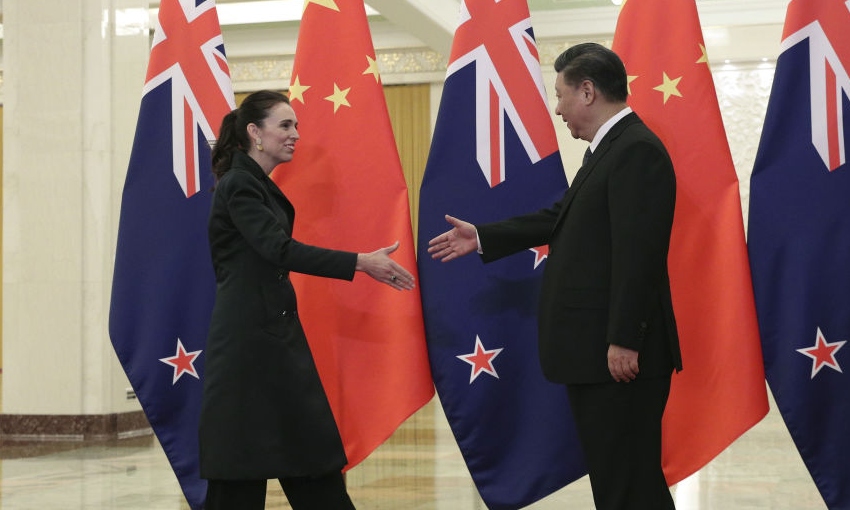 More than once at her post-Cabinet press conference yesterday, PM Jacinda Ardern claimed it would be “very difficult” to evacuate the 53 New Zealanders currently trapped in China’s Hubei province, the epicentre of the coronavirus outbreak. So, so difficult. It would be "very difficult,” Ardern said again, “to get foreign nationals out of the province even if they are healthy."

Really? So how come - in the next breath - Ardern was able to report that the US is currently engaged in evacuating its own officials (and their family dependents) from Hubei province? Reportedly, France, Japan, Germany and Australia are also planning to evacuate their citizens. So…is this alleged great difficulty a physical problem, or a diplomatic problem? Logically, it can’t be a physical difficulty - because other countries seem to think it is entirely possible to fly their planes in, and get their citizens out. So is it China that is erecting the logistical barriers? That’s almost certainly the case. No doubt, China doesn’t wish to be seen to be extending to foreigners the freedom to travel beyond Hubei province that it is currently denying to its own citizens.

Yet that’s hardly a sufficient reason to allow healthy New Zealand citizens to be held hostage indefinitely inside a hot virus danger zone, mainly in order that China’s rulers can save face.(The longer those Kiwis are left in Wuhan/Hubei, the greater the risk they run of contracting the virus.) At yesterday’s press conference, Ardern also confirmed – as suggested in yesterday’s column - that New Zealand is seriously exploring the option of piggy backing on any airlift mounted by Australia.

The Aussies will not welcome us doing so, given the numbers of their own citizens they need to extract. Across the Tasman, the Sydney Morning Herald is reporting that the Morrison government’s national security committee of Cabinet is due to meet later today to discuss evacuation plans :

At least 400 Australians have sought consular help for themselves or family members trapped in the locked-down area…. The Morrison government has not decided it will definitely extract citizens, but consular officials are in close contact with Chinese authorities about the prospect of an evacuation. Any evacuation would likely need to be done by one or more charter flights, possibly as part of an agreement with a commercial airline, and cannot occur until consular officials have arrived on the ground. The situation has been complicated by the fact Australia does not have any consular officials based in Hubei province, unlike the United States, which has already committed to evacuating a "limited" number of Americans from Wuhan.

Right. So our 53 citizens would have to be added to 400 Australian nationals, which include – as a priority – over 100 Australian schoolchildren. So many questions remain. Are our consular officials in Beijing being allowed into Hubei/Wuhan to finalise our own evacuation plans, or have we decided to delegate all of that action (from the negotiations with Beijing right through to the airlift details in Wuhan) to the Australians ? If we’re relying on the Aussies, do we have a Plan B if there’s insufficient room on their planes for our citizens? And finally….to what extent are the Chinese co-operating with this evacuation, and what obstructions are they continuing to place in our way ?

Obviously, the total travel ban that’s been imposed on Hubei province is meant to limit the spread of the coronavirus. China is entitled to impose such bans on its own citizens, but it has a dubious right to ban the movement of foreign visitors indefinitely as part of its own health strategy. Especially given a context where China already appears to be making a limited exception for the Americans – presumably lest US President Donald Trump react negatively to a group of healthy Americans being penned up indefinitely by a Chinese government decree. Obviously, Beijing would not want a strict coronavirus travel ban to endanger its recent (and still very tentative) trade pact with the Trump administration.

Unfortunately, we’ve got no such negotiating clout with Beijing. Meanwhile, our citizens trapped in Hubei continue to be exposed (against their will) to a serious health risk, let alone to deteriorating living standards. Their immediate rescue – and not the niceties of respecting Beijing’s sensibilities – should be our main priority. For now, Ardern will be watching and waiting to see (a) what the Morrison government decides later today (b) how Beijing will respond to what Australia decides, and (c) what room the Aussies can make on their planes for our citizens.

Have to say…neither the contracting out to Canberra nor the appeasement gestures to Beijing qualify this as one of the finest hours in the history of New Zealand diplomacy.

National’s Nostalgia Trip
So the election is to be held on September 19. For its part, National is already claiming to be in great shape to tackle the challenges facing this country in the 1990s. That’s right. Yesterday National Party leader Simon Bridges has promised a “positive” policy programme for Election 2020 that’s at least 30 years old – consisting of tax cuts, more roads, a scrapping of regulations, and a crackdown on law’n’order. So far, there’s not even a whiff of a new policy that engages with the economic, social, and environmental challenges of the 21st century.

What it suggests is that National is gearing up to run an extremely negative election campaign. It will be seeking to foster community fears – the gangs, the gangs !– and to highlight the government’s under-achievements in resolving (in one term) the chronic social problems that exist in housing, health and education. These are problems the previous National government barely even recognised, let alone seriously attempted to resolve. We can only hope it is too soon for voters to actively re-embrace the brain death of the recent past, and to install Simon Bridges as our next Prime Minister.

To state the obvious : under MMP, National needs partners. It can continue to cut electorate deals to get existing franchises like Act, or the new, blue-green Sustainable NZ party into Parliament alongside it. Currently, it seems very unlikely that New Zealand First would swap sides and join National in government – Winston Peters may be a lot of things, but he isn’t Peter Dunne.

So National’s more realistic hope would be to try and knock NZF below the 5% threshold – a failure that has befallen NZF every other time it has been in government. Such a strategy by National will only re-inforce the negative tone of its 2020 campaigning. Of course, if NZF or the Greens ever did look likely to fall below 5%, Labour could – closer to the time – look seriously at offering its own electorate deals to either or to both, as insurance.