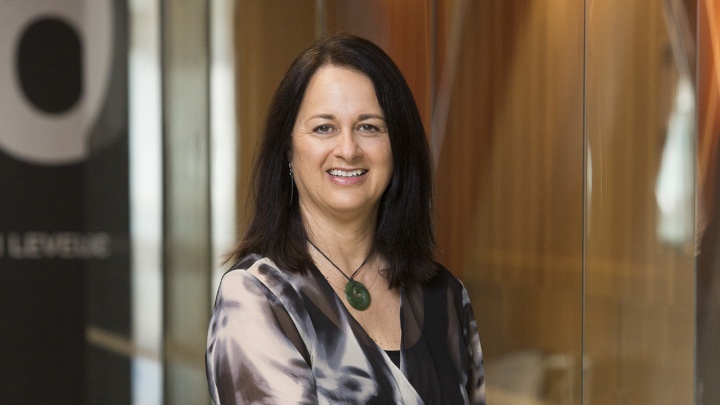 Professor Tracey McIntosh (Ngāi Tūhoe) from the University of Auckland has been announced as a commissioner on the Government’s recently established Criminal Cases Review Commission (CCRC).
A professor of Indigenous Studies and co-head of Te Wānanga o Waipapa in the University’s Faculty of Arts, Dr McIntosh is also the Chief Science Advisor for the Ministry of Social Development.

Her research has focused on incarceration (particularly of Māori and Indigenous peoples) and issues of poverty, inequality and social justice, and she has been a regular educator inside prisons. She also has a strong interest in the interface between research and policy and ensuring that processes are responsive to, and inclusive of, tikanga and mātauranga Māori.

As an independent Crown Entity governed by a board of appointed commissioners, the CCRC will have a mandate to investigate possible miscarriages of justice, with the power to refer cases back to the appeal court, but not to determine guilt or innocence.

Māori are overrepresented in the criminal justice system, and Dr McIntosh is hoping the commission will be an opportunity to revisit legal decisions through a different lens.

“The independence and accessibility of the CCRC is significant, and as a new entity in the criminal justice system, it’s important that it is people-centred and not system-centred,” she says.

Under the current system, if someone believes they have suffered a miscarriage of justice they can apply to the Governor-General, who can choose to seek advice from the Justice Minister to exercise the Royal prerogative of mercy.

This prerogative can be used to grant a free pardon or refer a conviction or sentence back to an appeal court, and is only usually used if relevant, fresh evidence becomes available that hasn’t already been properly examined by a court; it can also take years to process.

The Criminal Cases Review Commission will offer applicants a much faster hearing and will operate entirely independently of the Justice Department and the court system.

Several other countries have established similar commissions, including the United Kingdom (England, Wales and Northern Ireland), Scotland and Norway.

• She has previously taught in the sociology and criminology programme at the University of Auckland and was a Fulbright Visiting Lecturer in New Zealand Studies at Georgetown University in Washington D.C.

• She has sat on a number of assessment panels including PBRF panels (Māori Knowledge and Development and Social Sciences) the Marsden Social Science Panel and the Rutherford Discovery, James Cook Fellowship and Health Research Council Panels.

• In 2018-2019, Professor McIntosh was a member of the Welfare Expert Advisory Group (WEAG) which released the report Whakmana Tangata: Restoring Dignity to Social Security in New Zealand (2019) as well as Te Uepū Hapai i te Ora, The Safe and Effective Justice Advisory Group, which released: He Waka Roimata: Transforming our Criminal Justice System (2019).

It isn’t surprising that at the height of its disarray, National should have looked for certainty and picked the least introspective candidate on offer. With Judith Collins, there is absolutely no risk that the leader will suddenly have an angst attack about whether they’re really up to the job. You would have to go all the way back to Robert Muldoon to find a National Party leader less prone to self-doubt, and more willing to use fear as a weapon to maintain discipline within the rank and file... More>>

Given the factions within National’s own caucus, anyone picked as the new leader of the National Party will struggle to unify their own troops, let alone to convince the electorate that National is a coherent government-in-waiting. Even all of that ... More>>