The New Zealand Taxpayers’ Union is welcoming the Electoral Commission’s investigation into posters of Jacinda Ardern displayed across the country without promoter statements.

Taxpayers' Union spokesman Jordan Williams says, “As a registered third party promoter for this election, our advertisements will abide by strict Electoral Commission rules. We are very keen to see these rules applied in a clear and consistent way, so we welcome an investigation that will set a clear precedent.”

“In our complaint to the Electoral Commission, we pointed out these posters’ similarity to the iconic ‘hope’ posters of Barack Obama. Both posters clearly fit under the law’s definition of advertisements, in that they are likely to persuade someone to vote for a given candidate or party.”

“If the Electoral Commission rules that the posters are not advertisements, we will be very pleased. It means we are free to produce crowdfunded posters of our own across the country, with no authorisation statements, and no spending cap. Here’s a mock-up of one of our ideas.” 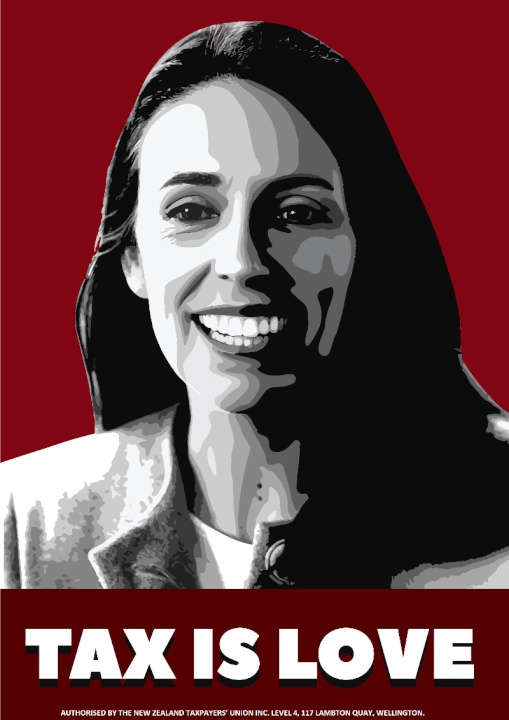