Science Deadline - This Week in Sci-Tech

A plane carrying nearly 200 Wuhan evacuees has landed in Auckland as the disease becomes more fatal than SARS. 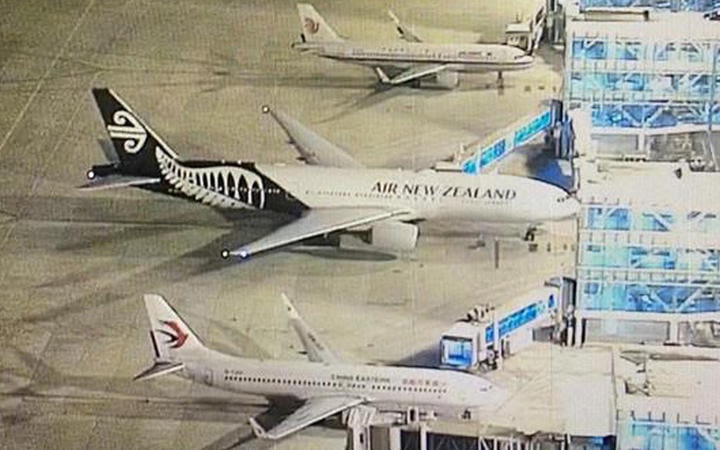 They now begin a two-week quarantine at Whangaparāoa Navy base in Auckland. Psychologist Dr Sarb Johal said officials need to ensure the group have access to basic comforts and external social support, otherwise they might risk breaking quarantine due to feeling cornered or blamed.

"Food that is acceptable to the people being quarantined is also important – having control over such a basic item goes a long way in improving wellbeing and sense of comfort, and is a really quick way to reinforce people’s lack of agency if you get this wrong."

Meanwhile a New Zealander has tested positive for coronavirus on a cruise ship in Japan. The Ministry of Foreign Affairs and Trade is aware of 13 New Zealanders on board the Diamond Princess. It's also led to the first-ever cancellation of the Auckland Lantern Festival but there are still no suspected cases in New Zealand.

The outbreak has academics re-examining our pandemic response plans again. University of Otago Professor Nick Wilson and researcher Matt Boyd said we're one of the few countries that could close borders and remain unaffected, but that's countered by the fact we're reliant on the outside world for many resources.

"New Zealand certainly has the potential to be the best place to be if we play our cards right," Boyd said.

Science is moving rapidly to combat the disease before it spreads out of control, and with that comes errors and retractions. But University of Otago's Professor Miguel Quiñones-Mateu said the speed of information-sharing is allowing for more collaboration - which is possibly better than having a system to co-ordinate a global response.

“I think that would complicate things. It would be all meetings and conference calls.”

Quoted: Newsroom
"No matter how textbook perfect the official communication on TV news is, many people will either not have seen it, not understand it, or have no trust in the messenger."
University of Auckland Associate Professor Helen Petousis-Harris on communicating coronavirus risk to digital natives.

Lower South Island deluge
The region was hit by more rain over two days than major NZ cities get in an entire year.

Fiordland copped the brunt of it over the weekend, with heavy rain washing out the Milford Road, and trapping tourists in the Milford Sound.

It prompted MetService to issue its first ever ‘red warning’. Head of Weather Communications Lisa Murray said that level of warning was saved for truly severe weather events, and surface flooding and slips were already occurring when they raised the alert level.

"We hope the colour coded messaging makes people pay attention to the weather when it gets this bad and to take action to stay safe until it passes."

Rainfall moved on to Southland by Tuesday, flooding the Mataura river which spilled over into a number of townships including Gore.

The rising river threatened to inundate an old paper mill, where ouvea premix is being stored. If the premix comes into contact with water it will release ammonia gas, which poses a serious health risk. Associate Professor Sally Gaw and Professor Brett Robinson said it could have flow-on effects too.

"Ammonia gas dissolves in water to produce ammonium which is toxic to people, aquatic organisms and stock and depending on the amount of ouvea coming in contact with the floodwaters, toxic effects could occur downstream as far as the estuary."

Coronavirus Healthline: People who are self isolating as a result of their recent travel to China are encouraged to register with Healthline so regular welfare checks can be conducted.

Public media: The Government has announced work will begin on a business case to consider forming a new public media entity.

2020 dates for SAVVY
Applications are open for all our 2020 Science Media SAVVY workshops, including our next workshop for Māori researchers.

These two-day media training workshops will be held in Auckland and Wellington next year in April, August, and November. A Christchurch workshop is planned mid-year, but dates are yet to be finalised.

2020 SAVVY dates
• Auckland, 16-17 April
• Christchurch, date TBC
• Wellington, 27-28 August
• Auckland, 12-13 November
These workshops are designed to increase confidence and enhance media skills in researchers so they can engage more effectively with the wider public through broadcast, print and social media.

Applications are open for two workshops in Auckland and one in Wellington. Use the drop-down menu to select which workshop you're applying for.
APPLY NOW

Workshop fees have been waived, thanks to support from Curious Minds - He Whenua Hihiri i te Mahara. Travel and accommodation funding support may be available - please see the application for details.