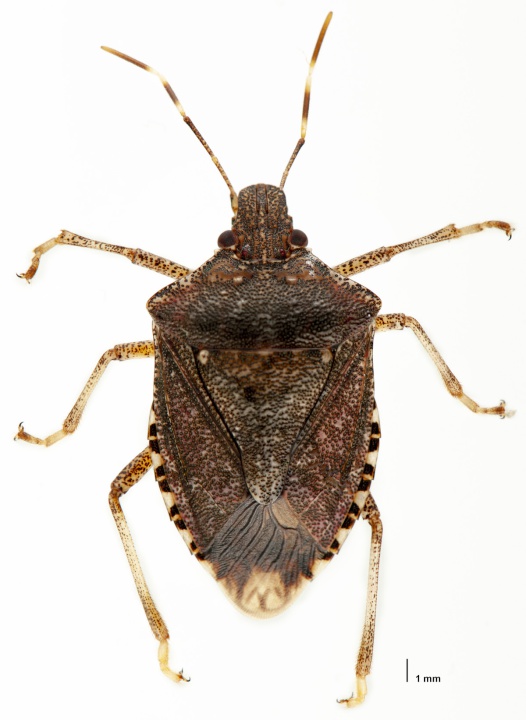 Scientists looking at how to control a future invasion in New Zealand of brown marmorated stink bugs (BMSB), Halyomorpha halys, have developed new traps that could be used to remove future offspring by attracting and removing males and females.

BMSB has been intercepted at the New Zealand border a number of times and, given the enormous crop losses the bug has caused overseas, a future invasion poses a serious risk to the New Zealand economy.

Professor Max Suckling, Science Group Leader at Plant & Food Research, and colleagues working in Italy (where BMSB have been destroying crops), have developed two novel traps that could be used in New Zealand for BSMB surveillance or eradication.

“The Nazgûl” trap is based on a “ghost net” design developed in the USA and contains a pheromone and insecticide-treated net attached to a coat hanger and suspended from a tree.

“The name is derived from Tolkien’s Ringwraiths and was chosen to help elicit public support for biosecurity in New Zealand to help save ‘Middle Earth'," says Professor Suckling.

During testing The Nazgûl caught and killed all mobile life stages of BMSB and 3.5 more nymphs and adult bugs than the low cost but inefficient sticky panel traps currently used for surveillance in New Zealand.

The scientists also developed a “live trap” which uses the wind direction, via wind vane, to trap bugs inside a pheromone-baited cylinder. This trap caught up to 15-times more adult BMSB than the sticky panel traps and could be used to remove future offspring by attracting and removing females and nymphs.

“The traps are prototypes that could be used in future as part of a critical surveillance and/or semiochemical-based eradication response and work is ongoing,” Professor Suckling says.

Read the live traps paper and watch the video

Read the Nazgûl paper and watch the video