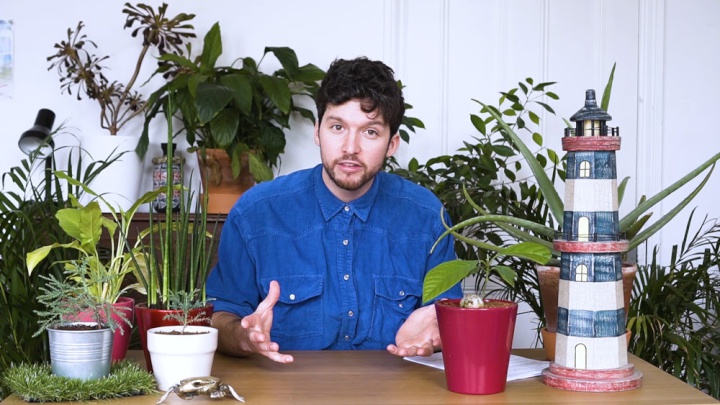 Scientist Matthew Shribman is coming to New Zealand to spread his warning about humanity’s addiction to plastic
.

Visiting science communicator Matthew Shribman has a stark warning for humanity: we are now breathing in plastic.

The renowned scientist arrives in New Zealand this Thursday (13th February) for four days to see family and speak with media.

Shribman’s visit comes off the back of his new documentary, Plastic in the Air, which was released online on January 20th.

The 14-minute documentary was filmed over a week-long sail between the UK and Denmark and documents the rising threat of microplastics in the ocean and the air we breathe.

Miniscule fragments of plastic, called nanoplastics, are so fine that they’re in the air we breathe. Once inhaled, these pieces of plastic can enter the human bloodstream.

The documentary dispels common myths about plastic, including the idea that plastic can be easily recycled, or simply removed from the ocean.

“The Great Pacific Garbage Patch is not a floating island of waste that can easily be cleaned up — that’s a myth,” Shribman says.

“It’s a colossal area full of tiny fragments of plastic, which are incredibly difficult to remove without harming ocean life such as plankton and algae. To make matters worse, most plastic sinks and is totally inaccessible.

Recycling isn’t the panacea most people think it is either, because plastic can only be recycled roughly 10 times, and a huge portion of waste put in recycling bins actually ends up in landfill.

“We’ve been sold a story that recycling is enough, and it’s a lie. Recycling plastic is like trying to heal a fatal wound by drinking the blood with a straw. We need to stop the plastic at the source before it destroys the natural world we depend upon for our survival. ”

The rise of eco-plastics or ‘biodegradable’ plastics is also fraught with problems because many of these are misleading: some are actually tiny pieces of normal plastic held together by plant material, while others only degrade over hundreds of years. Most ‘compostable’ plastics will only degrade in industrial facilities.

“The answer to our plastic addiction is the same as for most addictions: we need to stop using single-use plastic wherever we can,” Shribman says.

“There are a few places where plastic provides benefits we can’t get with other materials, like in emergency medicine, but most plastic that’s designed to be used just once is a blight, poisoning our planet and its inhabitants. Also, the more plastic destroys the natural world, the more it accelerates the climate crisis too.”.”

“We need to halt almost all single-use plastic, now. The alternative is unthinkable.”

Matthew Shribman is an Oxford educated, Irish-British science communicator, musician and environmentalist, focused on communicating the climate and ecological emergencies. He is a co-founder of environmental campaign group This Is Planet A, responsible for the #ReforestEarth stunt involving over 400 UK MPs collecting trees from outside the UK parliament, following which, all three major political parties multiplied their tree planting pledges. His science videos have had over 25 million views online, and his #NoBeef campaign has won support around the world, from top scientists to Paul McCartney. His music is released under the name Ash Lad.