Plant flammability has a history 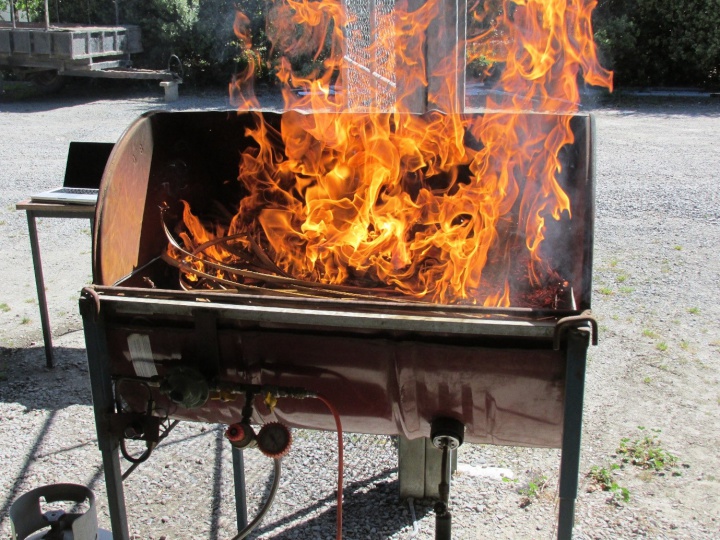 A large team of researchers from Lincoln University, the University of Auckland, and Auckland University of Technology has shown, in an article* published in the prestigious journal Nature Plants, that the flammability of plant species generally runs in the family.

They found that the flammability of plant species can be predicted from that of their close relatives, the physical form in which they grow, and whether their habitat experiences re-occurring fires.

Led by Xinglei Cui, a PhD student at Lincoln University, the team measured the shoot flammability of 194 species, including 120 native species and 74 exotic species found in New Zealand, and then used existing genetic data to reveal their evolutionary relationships.

They found that species were likely to have similar flammability to that of their close relatives, so if species in a particular evolutionary group were found to burn well it was likely that other species in that group would also be high in flammability.

Furthermore, species that came from habitats with recurrent fires were generally more flammable than species from habitats where fires are rare, suggesting that fire may play an important role in the evolution of plant flammability.

The physical form of the plant was important too.

Forbs (herbaceous flowering plants other than grasses) were less flammable than trees, shrubs and grasses, while grasses had more material consumed by fire than all other growth forms.

‘Our results could be used to help predict the flammability of other species, though you would also want to consider other plant characteristics as well, such as leaf moisture content and plant architecture.’

‘Overall, though, we were surprised by how much of flammability appears to be inherited.’

Shoot flammability was measured on a device that the team affectionately refers to as their ‘plant BBQ’, which allowed them to assess the proportion of samples ignited per species, how long the samples burned for, the percentage of material that was burnt, and how hot the fires got.