Are you sure that’s the right way?

Are you sure that’s the right way? – whales surprise researchers 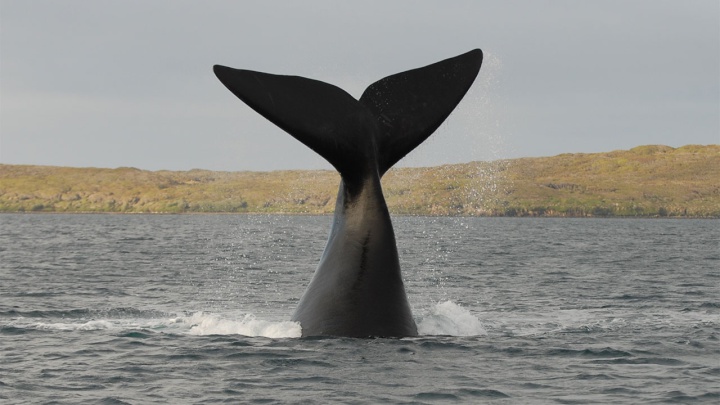 Satellite tracking of whales migrating from Australia and New Zealand to summer feeding grounds shows some southern right whales or tohorā are travelling in the opposite direction to what scientists expected.

Six tohorā in total were tracked as they migrated from winter breeding grounds along the southern coast of Australia and New Zealand’s sub-Antarctic Auckland Islands and headed to summer feeding grounds where they spend up to nine months. Scientists think whales learn traditional migration routes from their mothers in the first year of life.

The preliminary findings from the pilot study, which will be followed up with a larger study, raise an intriguing question: have tohorā changed migratory behaviour in response to decades of being hunted? Or are they being overly loyal to feeding grounds even though prey may not be as abundant there?

The six southern right whales were tracked for an average of 78.5 days with an average individual distance of 38 km per day. Individual journeys ranged from 645km to 6,381km.

Based on historical whaling data, the two tohorā tagged at New Zealand’s sub-Antarctic Auckland Islands were expected to head east to an area near the Chatham Islands.

Instead, both whales headed in the other direction, to what’s known as the subtropical front, a large area south of western Australia where ocean currents converge bringing an abundance of food including krill and phytoplankton.

One whale from Tasmania also made a surprise move, heading to much higher latitudes than expected. This whale is from a sub-population that is not showing evidence of post-whaling recovery.

That leaves scientists with the puzzle of whether some tohorā populations which are not recovering as well as others have long-standing loyalty to particular feeding ground even when food is scarcer there. It also raises the question of whether decades of whaling gradually resulted in whales changing to a different feeding ground.

“Whether some tohorā show fidelity to feeding grounds where food is not as abundant while others learned to avoid certain routes because of hunting we do not know but we plan to extend this study to try and answer those questions,” says Rutherford Discovery Fellow at the University of Auckland Dr Emma Carroll.
“Another important question is whether climate change is having a detrimental effect on food abundance in some traditional whale feeding areas and we need to find that out because it has serious implications for the health and recovery of tohorā populations.”

Southern right whales were so named because they were the ‘right’ whale to kill, being slow-moving and docile. Heavily exploited by whalers for more than 350 years, whale numbers are increasing but evidence suggests climate change could adversely affect how well populations recover.