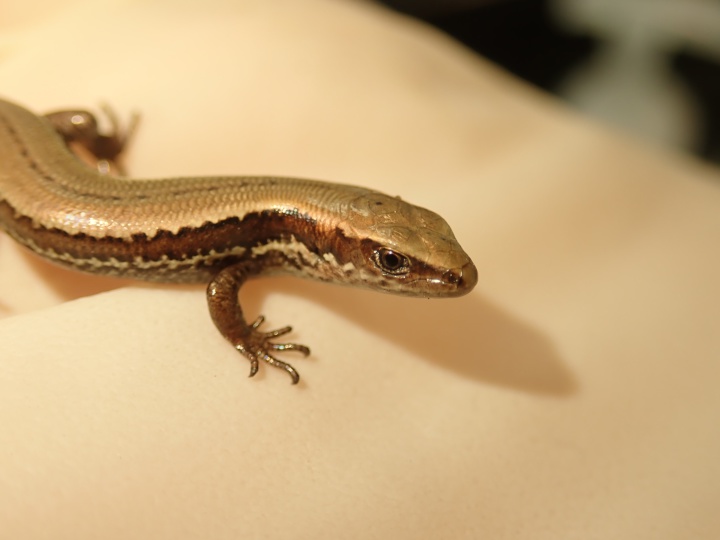 A critically endangered species of skink whose natural habitat has been destroyed by beach erosion is breeding well at Auckland Zoo.

The cobble skink was discovered in 2007 on a narrow strip of diminishing coastline in Granity, north of Westport on the South Island’s West Coast. In 2016, with frequent storms threatening their habitat, DOC salvaged all remaining individuals (34) to establish a captive population as insurance against extinction.

The skinks were sent to Auckland Zoo, which also holds Chesterfield skinks, another critically threatened coastal lizard species. There have been few baby cobble skinks until this year, when 22 were born, bringing the population to 49.

Scott Freeman, DOC Buller Biodiversity Senior Ranger says, “Little was known about the skink’s breeding biology and behavior in the beginning, so it has taken a few seasons to get the husbandry of the animals right.

“Auckland Zoo took the skinks at extremely short notice due to the urgency of the rescue. The Zoo has been constantly reviewing its practices and modifying its facilities to best care for the skinks and has hit success with 22 babies born this season.”

Auckland Zoo’s Head of Life Sciences, Richard Gibson says, “New Zealand had to ensure the survival of these beautiful, unique and precious endemic skinks, and our ectotherms experts were delighted to be able to assist DOC by providing a safe haven and specialist care for them.

“To have any chance of breeding them, we needed to replicate their natural climate, including the extreme seasonal variation of their West Coast habitat.

“Over the past couple of years as resources became available—we’ve been able to develop the very best indoor and outdoor environments for them, so it’s very exciting to see all the hard work come to fruition with this season’s successful breeding.

“There’s much we still don’t know about these skinks, including if the females can breed every year, something crucial to understand in planning for their recovery, but time will tell.”

Scott Freeman says the decision to remove the skinks from their natural habitat was not made lightly, but with rising sea levels and increasing erosion, it was believed crucial for the survival of the species.

The decision was vindicated when, following storms in 2017, the area was revisited and it was found that all known cobble skink habitat had been destroyed. Further checks of the area in 2020 found no cobble skinks and no habitat remaining.

The beach area, previously deep cobble rock beds (cobble skink habitat), is now a single or shallow layer of rocks on sand and home to speckled skink, a species common on the coast that has expanded its range out from the beach edges, now that cobbles are absent.

Following this year’s breeding success at Auckland Zoo, DOC is working with the Zoo to establish a second security population of the skinks, in an enclosure on the West Coast. Once the captive population is big enough, options for wild release will be investigated, although this is expected to take many years.