Lockdown: When The Ocean Went Quiet 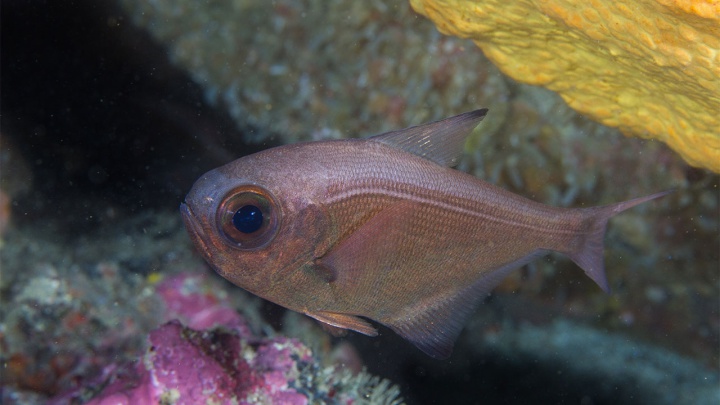 “That first lockdown really did give us an unprecedented opportunity to measure or quantify the effects of human activity on marine life,” says University of Auckland marine scientist Associate Professor Craig Radford. “So we decided to take a look at the response of our marine organisms in this new, relatively calm world.”
Noise pollution is known to effect marine life which use sound to communicate a variety of life-critical behaviours such as predator alarms or mate selection. Rising underwater sound has become a significant concern to marine scientists who have evidence of lethal and sub-lethal effects on marine life.
In this study, acoustic data were collected between February 2020 and May 2020 using seafloor mounted acoustic recording stations at five sites in the Hauraki Gulf. Recorders captured two minutes of sound every 10 minutes which equated to six samples per hour or 144 samples a day. The samples were then split into pre-lockdown and during lockdown.
Two species commonly found in the Gulf were the focus of this study, bottlenose dolphins (Tursiops truncates) and bigeyes fish (Pempheris adspersa). Both maintain social groups via acoustic communication and have well-documented acoustic source levels and hearing thresholds enabling scientists to accurately calculate their communication range.
Communication range is the maximum distance from a vocalising animal at which a second animal of the same species can detect sound. Scientists liken it to what happens at a human cocktail party: the more people in the room, the more difficult it is to hear a nearby companion and vice-versa.
Without small boats, the Gulf became much quieter at all five acoustic monitoring sites, particularly at frequencies below 1 kHz. Median sound pressure levels were down by 8 decibels and 10 decibels on the first day and vessel noise levels dropped by almost half, before dropping even further – to 8 per cent of normal levels.
The calculated communication range for dolphins and bigeyes significantly increased as a result, particularly the further from the city the monitoring site was. The maximum median range which dolphins were able to hear each other in the Rangitoto Channel for example was calculated at 400m prior to lockdown but rose to 565m once lockdown began.
Further away from the city, at the Ahaaha Rocks off the northern coast of Waiheke Island, dolphin communication ranges increased from 2.9km to nearly 4km and for bigeye fish from 4m to 70m.
The study showed overall that the ability of dolphins and bigeyes to clearly hear each other more than doubled during lockdown.
“There is a growing body of evidence that shows vessel noise is highly invasive and audible to nearly all marine mammals and fishes,” Associate Professor Radford says. “And the sheer number of recreational vessels in normal times is not offset by the fact they are often only present for short periods of time.
“Research into noise generated by smaller boats has been somewhat neglected because of the larger scale noise generated by ships but key data from this study provides strong evidence that small vessels, where there are enough of them, directly influence sound levels and are definitely having an impact.”
The research is published in Global Change Biology and was done in collaboration with Dr Matthew Pine from Canada’s University of Victoria.