Glendale, CA, Aug 20, 2021 - (ACN Newswire) - via NewMediaWire - Loop Media, Inc. ("Loop") (OTC: LPTV), a leading multichannel streaming platform that provides curated music video and branded entertainment channels for businesses and consumers, today announced a significant expansion of its existing partnership with Roku, Inc. Loop will bring its fully-dedicated The Wiggles Channel exclusively, initially to Roku(R) beginning August 19th. Now, through Loop Media, The Roku Channel will be the home for 24/7 availability of one of the world's most popular children's entertainment groups. Launched in 2017, The Roku Channel is the home for free entertainment on America's No. 1 TV streaming platform based on hours streamed (Hypothesis Group, April 2021). 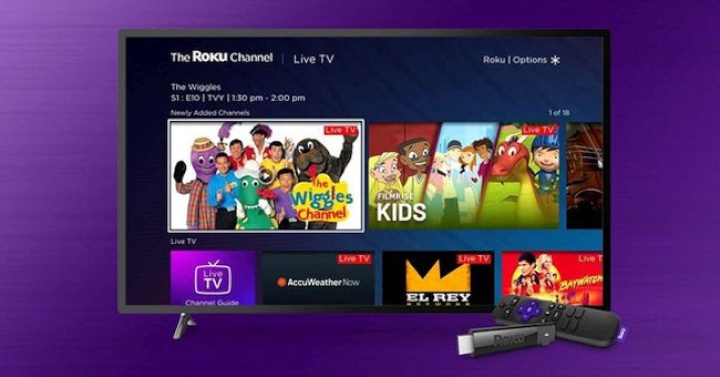 The Wiggles are one of the most successful global children's franchises of all time. For the past thirty years, The Wiggles have educated, entertained and enriched the lives of millions of pre-schoolers (and their parents) all over the globe. Today, generations of fans that grew up watching are sharing their love of The Wiggles with their own children. Loop's dedicated streaming and broadcast channel for The Wiggles, first available on Roku, will initially air content from the original Wiggles, featuring Greg, Anthony, Murray and Jeff. It will include series such as "Wiggle TV" and "The Wiggles Show," as well as specials such as "Wiggle Time!", "Yummy, Yummy" and "Baby Antonio's Circus."

"The Wiggles brand has established itself as a global powerhouse for decades in the children's world, delighting kids and parents alike through song and dance," said Ashley Hovey, Director, The Roku Channel AVOD. "We are thrilled to bring this family-friendly, sought-after content to the millions of engaged users on The Roku Channel just in time for Kids & Family's second anniversary. It's a great way to celebrate this milestone!"

"Loop's partnership with Roku will finally allow our fans continuous access to some of the most popular Wiggles content of all-time," says Anthony Field, Blue Wiggle and founding member of The Wiggles. "In today's age of cord-cutting and streaming preference, it is important that we give our fans as many options as possible to enjoy The Wiggles."

"Roku has been a fantastic partner to Loop Media for our streaming music video channels, so we are pleased that they are our inaugural partner for this channel launch," said Jon Niermann, CEO & Co-founder of Loop Media. "The Wiggles Channel is something that we are very excited about and grateful to have the opportunity to produce and distribute. This is another fantastic, curated revenue-generating channel for Loop Media, and is one that will entertain kids and families globally like few other kids branded channels can."

Loop Media, Inc. ("Loop Media") (OTC: LPTV) is a leading multichannel streaming platform that provides curated music video and branded entertainment channels for businesses and consumers. Through its proprietary "Loop Player" for businesses and interactive mobile and TV apps for consumers, Loop Media is the only company in the U.S. licensed to stream music videos directly to consumers and venues out-of-home ("OOH").

Loop is fueled by one of the largest and most important libraries that includes music videos, movie trailers and live performances. Loop Media's non-music channels cover a multitude of genres and moods and include movie trailers, sports highlights, lifestyle and travel videos, viral videos, and more. The Loop Media consumer apps allow users to create their own playlists, or "Loops," and share them live with interactive watch parties. Loop Media's streaming services generate revenue from advertising, sponsorships, integrated marketing, and branded content from free-ad-supported-television ("FAST") and from subscription offerings.

on your mobile device. To learn more about Loop Media products and applications, please visit us online at Loop.tv

For three decades, The Wiggles have educated, entertained and enriched the lives of millions of pre-schoolers (and their parents) all over the globe. Today, generations of fans that grew up watching are sharing their love of The Wiggles with their own children. Having sold over 30 million albums and DVDs, 8 million books globally, as well as accumulating over one billion music streams and 2 billion views on YouTube, The Wiggles are a dominant player in the preschool entertainment scene. Their live shows annually sell out to audiences on three separate continents, and their videos are seen in over 190 countries around the world. For more information, visit

Roku is a registered trademark of Roku, Inc. in the U.S. and in other countries. Trade names, trademarks and service marks of other companies appearing in this press release are the property of their respective holders.