Together the network reaches hundreds of thousands of unique NZ browsers a month. Research has consistently shown this audience is very media savvy, highly professional, highly engaged and affluent. Organisations wanting to find out more about opportunities should contact services@scoop.co.nz for more infomation.

Scoop is NZ's largest independent news source; respected widely in media, political, business and academic circles for being the place on the internet for publishing “what was really said”, and for the quality of its analysis of issues. The audience of the Scoop.co.nz are optimistic and intelligent, affluent technology users, free thinkers, confident, media savvy and informed. They want to be leaders not followers and they are likely to be in positions of influence. Scoop also attracts a discerning general readership seeking an alternative to other major news media.

Gordon Campbell is Scoop's Editor. Gordon has been a member of the Parliamentary Press Gallery since the mid 1980s, and was a feature writer and columnist for the NZ Listener magazine from 1978 until 2006. Since being appointed as Scoop's political pditor in 2008, Gordon has been writing thrice-weekly columns of political reporting and analysis for the Scoop site. For the past three and a half years, he has also been writing, editing and publishing his own monthly magazine Werewolf, an online journal of politics, art and culture that has contributors from around New Zealand, the US and Britain.

Public Address is New Zealand's leading weblog – first to win a Qantas Media Award and multiple winner of the Netguide People's Choice Award. Home to some of New Zealand's most accomplished commentators, Public Address is frequently noted in media – not to mention Parliament. Featuring Russell Brown's Hard News, and many more, Public Address offers an intelligent mix of comment and opinion on lifestyle, politics, business, technology and society; with a highly engaged readership who are discerning, connected, smart and very loyal advocates.

Russell Brown has a strong history in writing and commentary about technology and media and has won a string of awards for his work. He was the founding host of Radio NZ's Mediawatch, TVNZ's Media7 and TV3's Media3 show.

The Standard is a collective who saw a gap in the New Zealand political blogosphere and decided that they should have a go at filling it. “The Standard newspaper – from where our masthead comes – was founded by labour movement activists in the 1930s. They used it as a vehicle to share their views with a broader audience – a perspective they felt the mainstream media was representing poorly. We think the same is true today.” thestandard.org.nz

Lynn Prentice runs The Standard, a collective of left-leaning authors who write varied opinion on the issues of the day and decade. Lynn's role is to act as the technical and organisational hub as the system operator; a type of role that he has been doing in some form or another for most of the last 30 years. As a collective they foster moderated, robust and opinionated debate both in the authors posts and in the commenting community to create a must-read site for political debate.

Theatreview is the 'go to' hub for New Zealand's professional performing artists and audiences. Its nation-wide reviews and news (headlines and deadlines), comments and forum streams, coming up info and searchable archive attract theatre and dance fans from all walks of life.

With editors John Smythe (theatre) and Raewyn Whyte (dance), Threatreview is the focus for everything performing arts. Managing Editor and Senior Critic - John Smythe has trained and worked professionally in NZ and Australia as a writer, screenwriting teacher, actor, director and theatre critic.

Award-winning journalists Tim Watkin & Eleanor Black founded Pundit in September 2008. Tim, a former deputy editor of the Listener, has written for the Guardian & New Zealand Herald and was awarded the Wolfson Fellowship in 2006. He is producer of TVNZ's political programme Q + A and a regular commentator on Newstalk ZB and Radio NZ National.

Award-winning journalists Tim Watkin & Eleanor Black founded Pundit in September 2008. Tim, a former deputy editor of the Listener, has written for the Guardian & New Zealand Herald and was awarded the Wolfson Fellowship in 2006. He is producer of TVNZ's political programme Q + A and a regular commentator on Newstalk ZB and Radio NZ National. Eleanor has written for the New Zealand Herald, Listener, Washington Post and California. A former deputy editor of Next, she is now a sub-editor for the magazine.

With more than 50 issues of Scoop's premium editorial publication under his belt and an extensive career in journalism, Werewolf's editor Gordon Campbell has developed a dedicated following of readers with his growing team of professional contributors. Werewolf is a source of insight and in-depth journalism that is a must read for anyone looking for comprehensive reporting on the big issues. 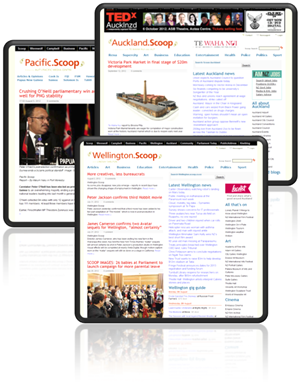 Scoop also has a growing range of special interest sites with key editors and contributors. One of these sites 'Wellington Scoop' has made a significant impact on Wellington current affairs over the last three years under the editorial leadership of Lindsay Shelton. Shelton is well known for his work in journalism and film since he began his career as a journalist on The Dominion newspaper in Wellington in 1956. He is also a Member of the Order of New Zealand for his services to film (in 2000). 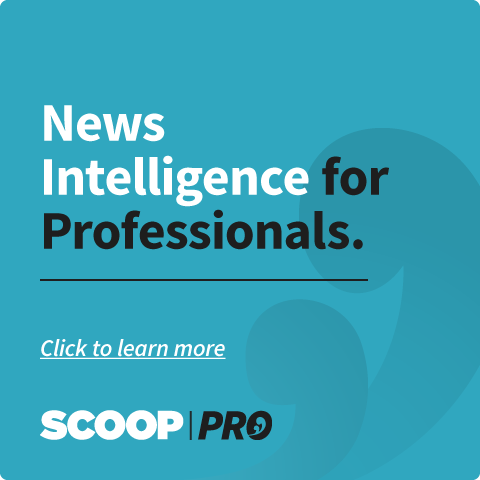