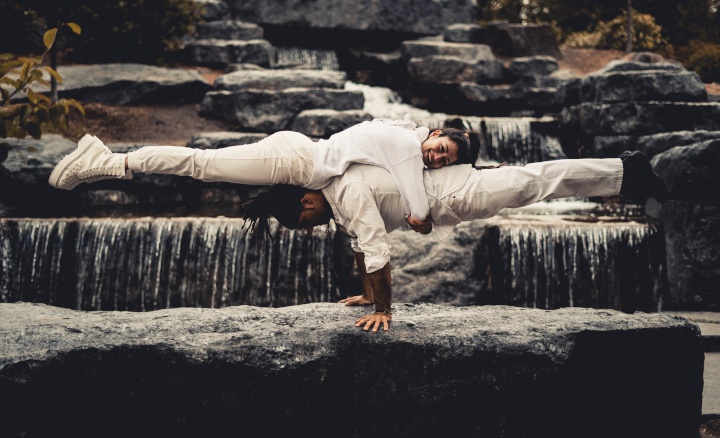 An impressive line-up of international street performers are set to turn Auckland into their stage as part of the Auckland International Buskers Festival 2020, on 24 – 27 January 2020, with daily public performances that are bound to blow audiences away. Eleven remarkable entertainers from around the world plus an incredible Kiwi performer will bring their epic acts to Auckland for a long weekend of unmissable family entertainment.

The spectacular street performers that are confirmed to show off their talents are:
The Charming JAY – Korean magician blending classical stage magic with supreme elegance, pizazz and true showmanship.
Chloé & Vince ‘La Vie est un Cirque’ – A celebration of circus and music all the way from Canada, with explosive acrobatic movements, balancing acts and sweet tunes.
Imre Bernath – Hungary’s preeminent street clown, performing his hilarious interactive and visual comedy, and world class acrobatics.
Floor Legendz – Professional breakdancing crew with members from across the globe, showing off their impressive dance and acrobatic moves
Jon Hicks – Origami, spoon bending, magic chalk, tea making, deadpan unspoken comedy, a dusting of audience participation and dexterously executed outsized artworks. A British artist who performs with bad boy attitude and a kicking soundtrack.
Lisa Lottie – Dutch born hula hoop artist showing off insane stunts of flexibility with her sophisticated and sassy performances.
Josh Grimaldi – Homegrown act from Christchurch shows off his fun and quirky magic and spectacular illusions.
Pedro Tochas – Portuguese master of crowd interaction – building a silent movie before your eyes, complete with love, heroes and villains with nothing more than imagination and a touch of help from the audience.

Bring the whole whānau down to Auckland’s waterfront for a dose of high energy performances and fun. The full performance schedule and locations will be announced on 20 December.