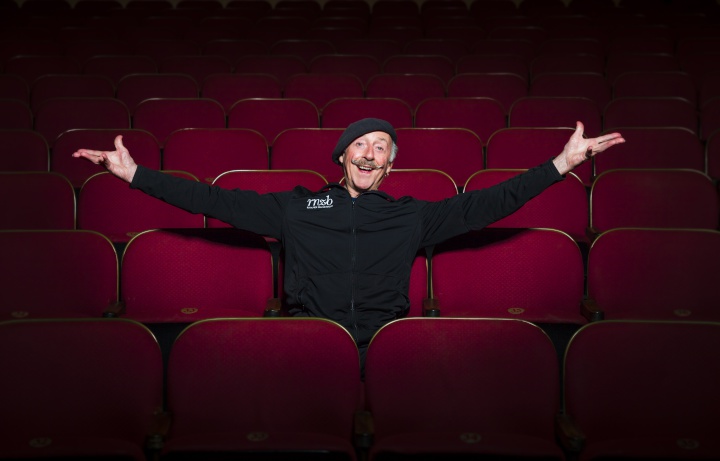 Sir Jon Trimmer, one of New Zealand’s great names in the performing arts, is to be honoured as Patron of the new Kāpiti Performing Arts Centre, with the ‘black box’ theatre named as the Sir Jon Trimmer Contemporary Theatre.

Chair of Kāpiti College Board of Trustees Cas Carter says it was fitting to name the theatre after Sir Jon to help recognise his lifelong contribution performing arts nationally, internationally and in Kāpiti.

“Since the conception of our Centre, Sir Jon has been an active supporter of the Centre. We are so fortunate to have one of New Zealand’s most celebrated performing artists living in our region where he has performed, celebrated and encouraged all forms of performing arts, particularly among young people. It is fitting that his name becomes a permanent part of the fabric of the building,” says Ms Carter.

Sir Jon was surprised to hear the news. "I'm thrilled and overwhelmed to have the Black Box Theatre named after me, it really is a huge honour. The new performing arts centre will mean new artists coming and will broaden the arts outlook for Kāpiti Coasters"

The Sir Jon Trimmer Contemporary Theatre, and the Coastlands Theatre main auditorium can be seen during the Public Open Day for the Kāpiti Performing Arts Centre on Saturday 22 February from 9am to 3pm, sponsored by Kāpiti Coast District Council. There will be performances and rehearsals in all the major spaces at the centre. Storytellers along the tour route will be explaining the facilities as people explore the building. There will also be entertainment and food trucks in front of the centre, making it a great day out for everyone. Tours will include the backstage areas and details of the amazing theatre technology that will power the productions behind the scenes. Entry is by gold coin donation to help the final fundraising efforts for the centre.

The quality facilities available at the centre have already attracted top national performers including the New Zealand Ballet – Tutus on Tour, the New Zealand Symphony Orchestra, and Australian popular musical act the Hot Potato Band, who were well received when they played at Coastella in 2018. Details of upcoming events can be found on the Facebook page https://www.facebook.com/projectkpac/ and Eventfinda.

The black box theatre is a flexible performance space which can be easily configured to suit different performances. The lighting grid above allows the space to be used in many ways. The simplicity of the black walls and flat floor enable the audience to concentrate on the performers, and also provide a first class rehearsal space for main productions in the Coastlands Theatre.
ends