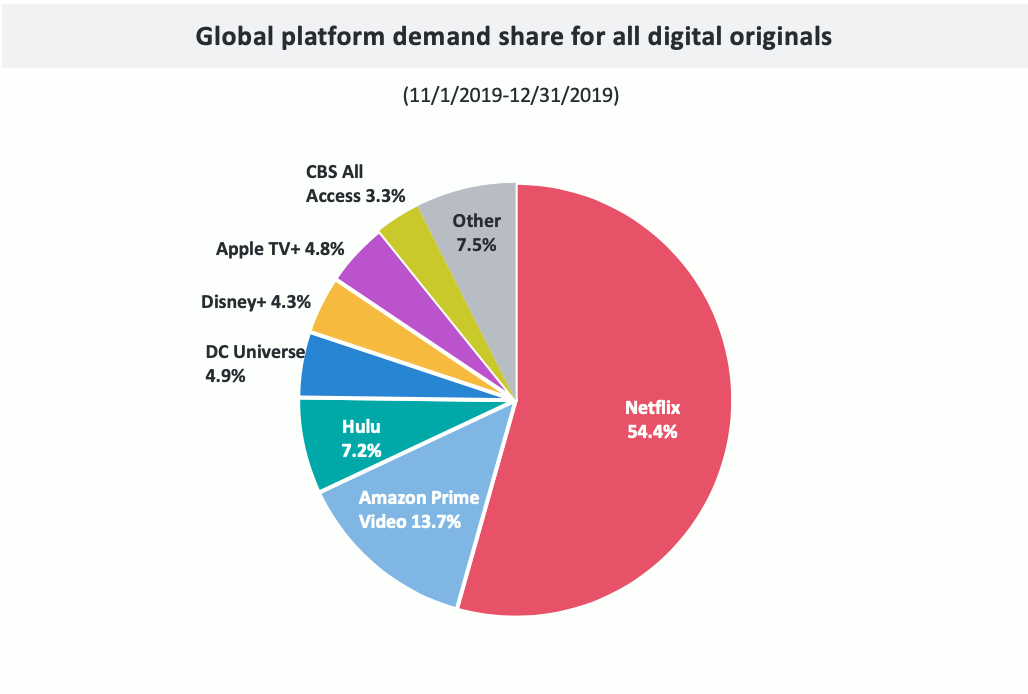 For the months of November and December 2019, Apple earned 4.8% of digital original demand share globally, while Disney+ got 4.3%.

This shouldn’t be too surprising considering the service is available internationally while Disney+ only launched in the US, Australia, Canada, New Zealand and The Netherlands.

Apple TV+’s best performing individual market of the ten we tested was Australia, where it earned 6.7% of digital original demand share.

Disney+’s top individual market was Mexico - where the service is not yet available - with 9.98% of digital original demand share in November and December. 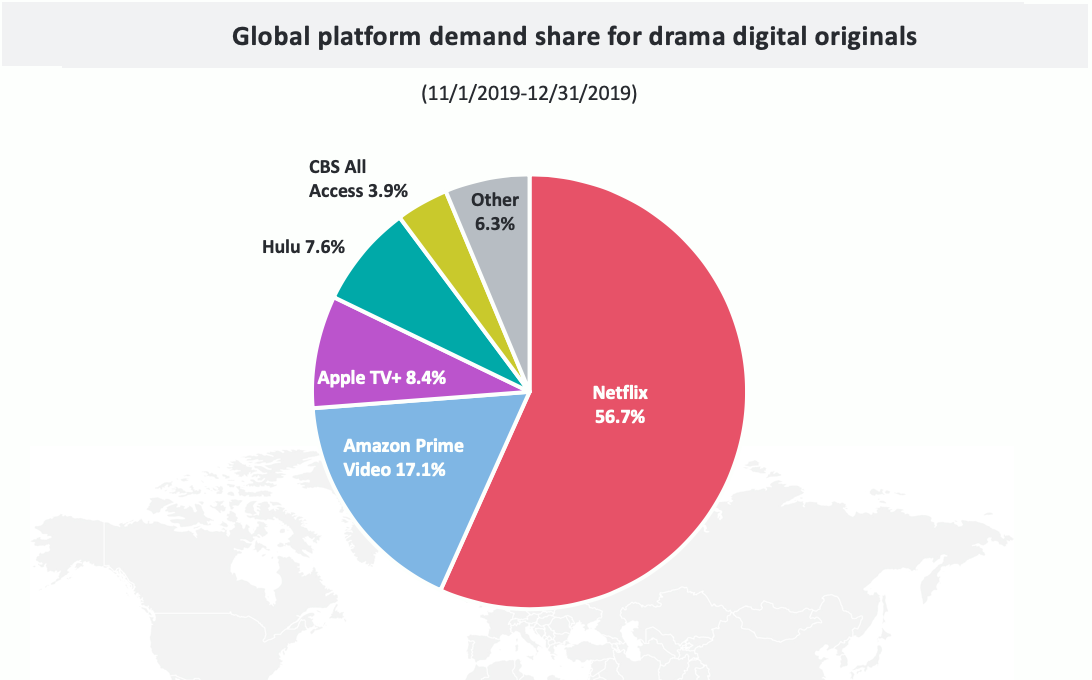 Apple TV+ is establishing a strong brand in the digital original drama genre.

For the two months tested, the service accounted for 8.4% share globally, in third place behind only Netflix (56.7%) and Amazon Prime Video (17.1%), and ahead of Hulu and CBS All Access.

Once again, the service’s best market in this genre was Australia, where it earned 12.5% of digital original drama demand share. 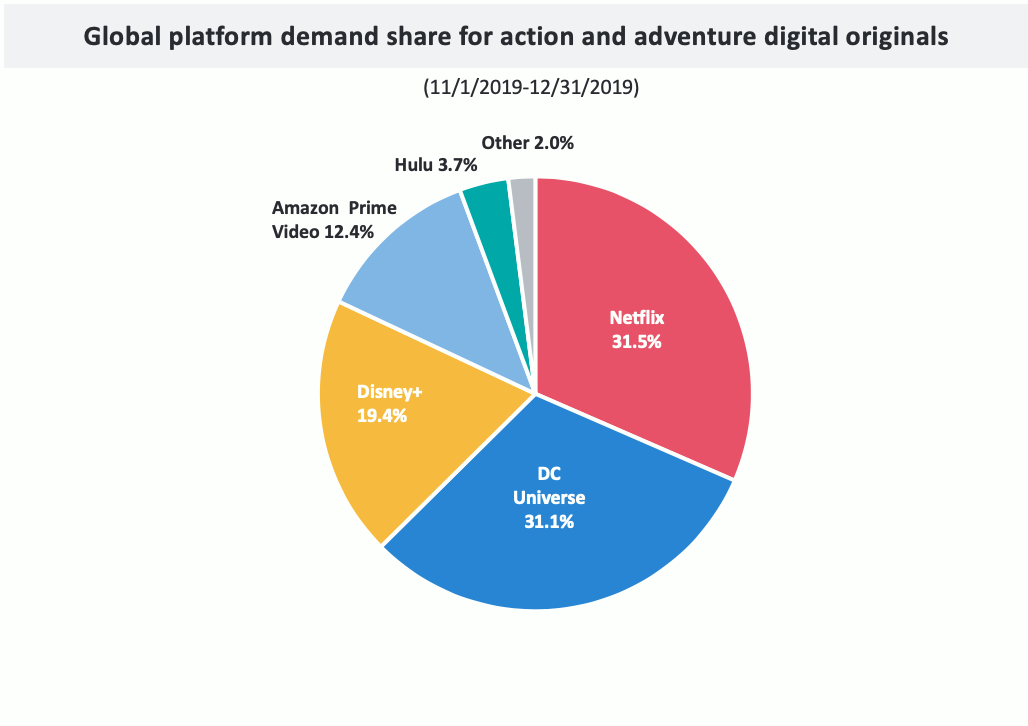 Meanwhile, Disney+ has made an impressive debut with the action-adventure genre, led primarily by global demand for its flagship original The Mandalorian.

Disney+ earned 19.4% of the global demand share for action-adventure digital originals from November 1 to December 31, 2019.

With more digital originals from the Star Wars and Marvel Comics Universe set to debut this year, we expect Disney+ to further establish itself as a leader in this genre in 2020 and beyond.

Disney+ actually topped the Action-Adventure genre in three markets tested - Mexico, Italy and Germany (charts attached) - all markets where the service was unavailable.

Disney+ is scheduled to launch in several Western European markets on March 24th.

This is only a glance at global demand for the months of just November and December 2019.

We will have the full year of 2019 data to share in our upcoming Global TV Demand Report.