The highs and lows of the season of love and loss are set to be captured in an exciting original comedy, written and performed by local creatives this Valentine’s day… 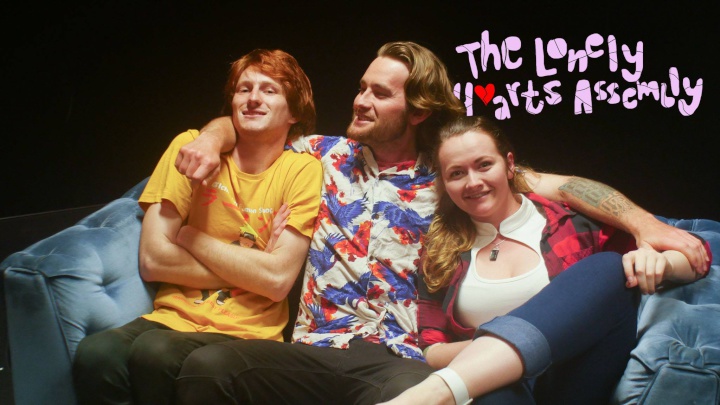 Original play, The Lonely Hearts Assembly, is premiering with a special pop-up performance on Sunday the 14th of February at the Meteor Theatre. Perfect for lovers and lonely hearts alike, the show follows a group of eight university students who aim to stage the ultimate anti-Valentine’s celebration. Along the way, they battle with issues of commitment, sexuality, and compatibility, and bring into question what love is, and whether or not it can be artificially created…

The staging of The Lonely Hearts Assembly marks a return to the writer/director’s chair for local performer Conor Maxwell, whose last play, God Only Knows, had its debut season at the Meteor in 2017. Maxwell’s return to writing was prompted by working as a co-writer on immersive theatre experience Level Up! for 2020’s Hamilton Gardens Arts Festival. “Then, when lockdown arrived, the combination of too much free time and this desire to write again led to the creation of this ‘romantic’ comedy” says Maxwell. Maxwell adds that he, like everyone, “found lockdown to be an often-lonely experience, but one that ultimately gave birth to my funniest play to date. I challenge anyone to spend an evening with these well-rounded characters and not find something about them to love.”

The talented cast of eight is comprised of experienced actors, but also features the debut performance of Bronwyn Laundry, in the role of “Lonely Hearts Assembly” founder Aurora Bareilles. “I loved going to watch community theatre and always wanted to get back involved,” says Laundry, “but audition notices always seemed very heavy, serious and dramatic. This one came across as fun and relatable and didn’t take itself too seriously.” Aurora, a hopeless romantic, is the emotional centre of the play. As Laundry notes. “quite highly strung and naive but has a heart of gold and like everyone else, just wants to be loved.”

The Lonely Hearts Assembly also marks the return of Hamilton Theatre favourite Clare McDonald to the stage for the first time since featuring in the play Pancakes in 2015. McDonald will be playing social butterfly Jojo Lacroix and describes the show as “something that I wish we could see more of in theatre! Something that touches on important themes and sheds light on the diversity of love and relationships, but above everything else, wants the audience to enjoy itself!” McDonald adds “Jojo is such a self-confident character, which is always fun for an actor who's otherwise mostly a nerdy introvert. She's definitely not afraid to go after what she wants... Once she's worked out what that is.”

Due to the play being centered around Valentine’s Day, Maxwell and the Meteor have partnered to present a special deal for patrons willing to spend the night with “eight lonely hearts”. Come share the romance with a two for one deal (2 tickets at $30) or laugh at it all with a lonely-heart single deal (1 ticket + free drink at $20) “If you’re looking for date ideas,” says Maxwell, “this special night at the theatre is perfect. And if you’re instead on your lonesome, come and have a drink on us! The characters are lonely too; you’ll fit right in.”

The Lonely Hearts Assembly is running at The Meteor Theatre on the 14th of February with a follow up season on the 3rd to the 6th of March, at 7:30pm. Further information and tickets are available at themeteor.co.nz.