A humble Wanaka pie has again been crowned best of its variety in New Zealand. 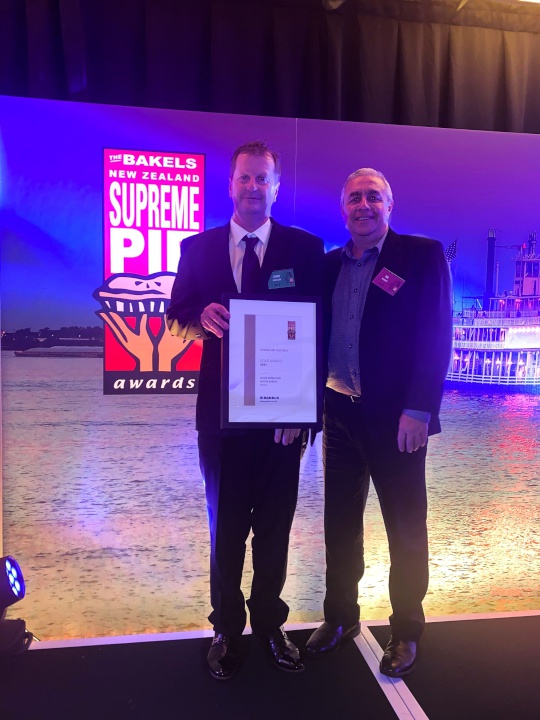 The Gold Award is the second consecutive time Kai Pai Bakery has won best overall for Chicken and Vegetable category, winning the accolade in 2019 (the awards were not held in 2020 due to Covid-19).

This year’s awards produced the best-ever result for Kai Pai Bakery, receiving a Gold, Silver and Bronze as well as three other placings in the Top-10 best pies in New Zealand. It also won the most awards out of any other bakery in the South Island.

Kai Pai Bakery head baker Jason Danielson is now second-equal in the country for the most number of Top 10 awards achieved in the past five years, behind the legendary Patrick Lam.

Under the guidance of owner Ian Warner and baking expertise of Danielson, Kai Pai Bakery produces 25,000 pies a day from its purpose-built Wanaka premise, distributed nationwide. It is one of the largest family-owned and operated bakeries in the South Island.

Warner says the nationwide recognition is a huge honour for the business, which has been in operation since 2010 and employs 27 people.

“As a commercial pie manufacturer that competes with smaller boutique bakeries, getting this recognition is pretty special for us – especially given the calibre of our fellow entrants and the expert status of the judging panel,” Warner says. “Our team works hard all year round and these awards are testament to their dedication and passion for the piemaking industry.”

The 2021 Bakels Supreme Pie Awards saw 465 bakeries from around NZ enter, and more than 5000 pies were judged.