Highlander Championship To Honour A Hero Of Rural Sports

Following a gruelling challenge of caber tossing, rock lifting, ute pushing and more strength-based sports, the Southern Hemisphere Highlander Champion is chosen. Now, the event is to be named after a late hero of heritage sports and one of New Zealand’s leading businessmen and philanthropists. 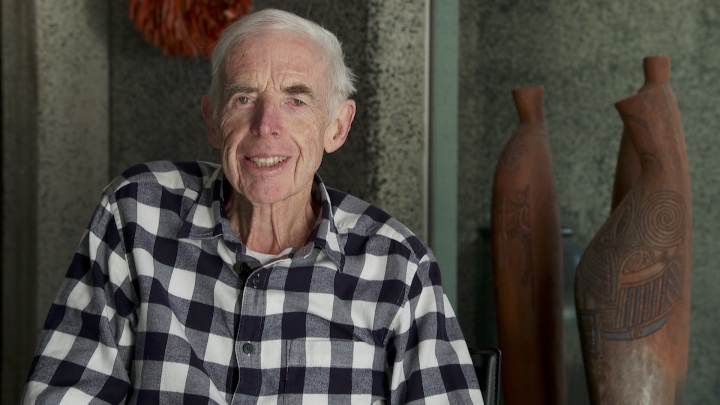 New Zealand Rural Games Founder Steve Hollander said the Rural Games came about thanks to the support and dedication of leading Kiwis who value our heritage.

“One of those gentlemen is the late Sir Eion Edgar. He offered sage advice as we created and grew the Games to what it is today – an event that attracts more than 40,000 people.”

“Sir Eion’s success in the boardroom was legendary, and his philanthropy supported many people and projects including Forsyth Barr Stadium in Dunedin,” said Steve.

“He was one of our greatest supporters,” said Steve. “Due to his Scottish heritage, the New Zealand Rural Games Trust asked Sir Eion if we could honour his support and enthusiasm by renaming the highlander event in his honour.”

At the time, Sir Eion said: “I’ve never had the physical strength to participate, but I have always admired them and found it fascinating to watch when they lift, toss and carry such heavy objects.”

Born in 1945 and raised in Dunedin, Sir Eion was proud of his Scottish heritage. During the 2015 Rugby World Cup, he visited Carlisle, where his ancestors hail from. He is better known for his presidency of the New Zealand Olympic Committee, directorship of the Reserve Bank, chancellorship of Otago University and his many decades at the helm of Forsyth Barr – with whom his name is synonymous. Sadly, Sir Eion passed away in June 2021.