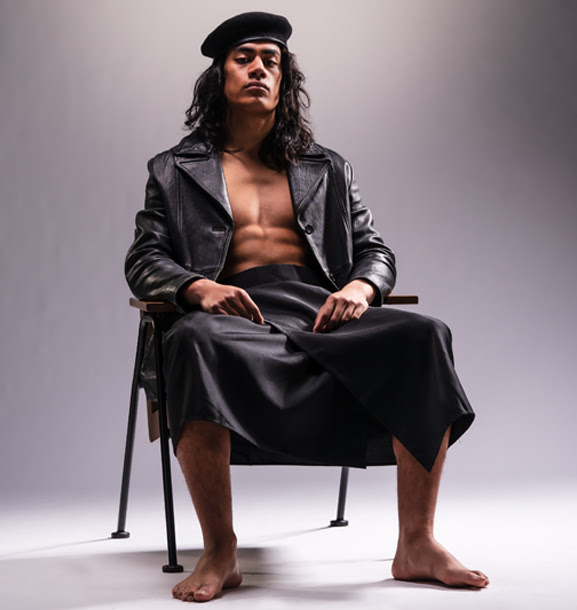 Schuster-Koloamatangi stars as Will ‘Ilolahia in New Zealand mini-series The Panthers, created by Tom Hern (The Dark Horse, Shadow in the Cloud, Guns Akimbo) and Halaifonua Finau (Jonah) for Tavake and Four Knights Film, which will premiere on Friday 10th September in the festivals Primetime selection.

Celebrating its 10th year, with alumni such as Kiwi actor Vinnie Bennett (a TIFF Rising Star in 2017 who has gone on to star in the likes of Fast and Furious 9); the prestigious programme provides up-and-coming actors with an exclusive opportunity to engage with the Festival and industry. The Rising Stars have access to professional development sessions, Industry events, mentorship, and special Hollywood networking opportunities. Other previous rising stars include Golden Globe winner Stephan James (If Beale Street Could Talk, Golden Globe winner Homecoming, Selma), Emmy winner Tatiana Maslany (Orphan Black).

The Panthers retells the story of how the Polynesian Panther Party was founded in 1970s Aotearoa New Zealand and follows Schuster-Koloamatangi’s character Will ’Ilolahia, co-head of the Panthers, who can no longer stand idly by and watch his community be ignored and mistreated by a broken system, headed by the newly elected Prime Minister. The series debuted in New Zealand on TVNZ on August 15 ahead of its international premiere next week in Toronto.

Co-Producer Crystal Vaega had this to say about the news, “We feel so excited that Dimitrius has been been selected for this classy programme in his first ever lead role, but not surprised. It is a remarkable opportunity for him and sets him on a great trajectory for his career.”

Schuster-Koloamatangi appears alongside established actors Beulah Koale (Thank You For Your Service, Shadow in the Cloud), Frankie Adams (Mortal Engines), Roy Billing (The Chronicles Of Narnia: The Voyage Of The Dawn Treader) and fellow newcomer Lealani Siaosi.