‘Scott proves it is possible to hold history in the palm of your hand.’ 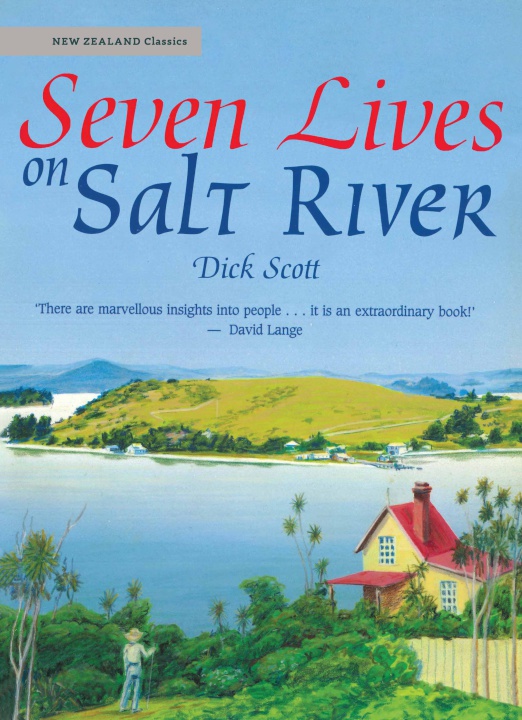 First published in 1987 and now back in print in its third edition, Seven Lives on Salt River is a local history that has transcended its boundaries along the northern Kaipara Harbour around Pahi to be a universal story of how European arrivals adapted to life among Māori in a new land.

Dick Scott was renowned for bringing the suppressed history of Parihaka to light in Ask That Mountain, and like that earlier work, Seven Lives has become a classic of popular storytelling, winning the New Zealand Book Award for Non-Fiction in 1988.

The book portrays seven European families central to settlement in the area — the Blackwells, Coates, de Labrosses, Jackmans, Pooks, Scotlands and Stevens — with local Ngāti Whātua and other settlers. Interwoven with stories and photos of the community are lives both ordinary and outstanding, including Gordon Coates, the first New Zealand-born prime minister; Jane Mander, renowned author of The Story of a New Zealand River; and Henry Scotland, a father of the peace movement and champion of Māori land rights.

Beyond their legacies, it is the detail of how these families fitted in and the striking illustrations that gives this highly illustrated book its enduring fascination, and its place as the second title in Oratia’s New Zealand Classic series, bringing key works of New Zealand history back into print.

Dick Scott (born 1923) was a fearless and often peerless popular historian whose works included the ground-breaking 151 Days, Ask That Mountain and Would a Good Man Die? He stumbled on Pahi while researching the early vineyards of Northland, and later had a holiday home on the peninsula. Dick passed away on New Year’s Day 2020.