An Abundant New Season Of Big Plays For 2022 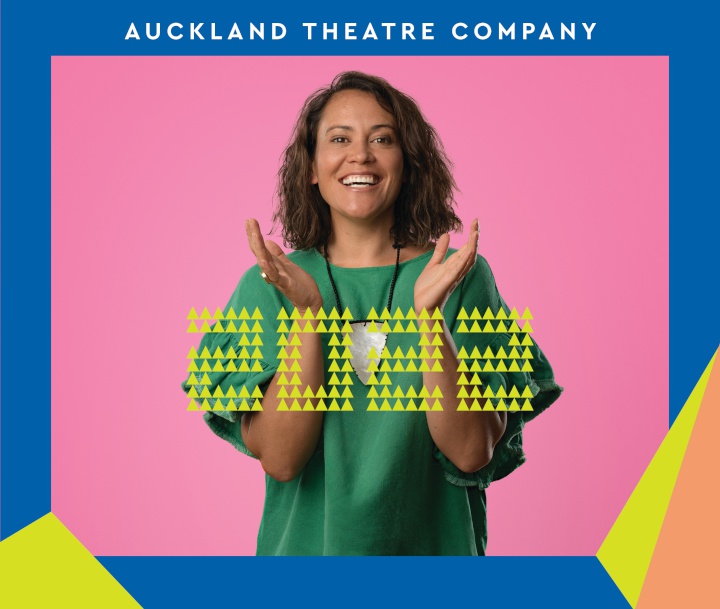 Auckland Theatre Company (ATC), under the reins of new Artistic Director and CEO Jonathan Bielski, have today announced their 2022 season of shows.

Following a challenging, yet acclaimed 2021 season led by Colin McColl ONZM, where performances ranged from sold out to completely cancelled due to four months of pandemic closure, ATC has come back swinging with plenty of optimism for next years’ programme of eight big plays. With large-scale productions and casts, they celebrate classics, new writing, familiar names and debutants.

Artistic Director & CEO Jonathan Bielski says, “Our 2022 season speaks to connections. Human connections. When the connections between us have been challenged and disrupted like never before, we yearn for a return to the bonds between us and our stories and the shared experience of seeing live theatre. We invite audiences to connect with us next year for these extraordinary plays.”

The second play is the world premiere of Lysander’s Aunty or A Most Rageful Irreverent Comedy Concerning an Offstage Character From A Midsummer Night’s Dream by Ralph McCubbin Howell. This is a brand-new, energetic, large-ensemble production led by award-winning Trick of the Light duo, director Hannah Smith and writer Ralph McCubbin Howell.

Playing in two cities, the show will open in Wellington at Aotearoa New Zealand Festival of the Arts in March, followed by a season in the Auckland Arts Festival at ASB Waterfront Theatre. With a cast of New Zealand’s finest comic talent and starring Miriama McDowell as the renegade ‘Aunty’, this will be an uproarious wild ride of magic, mayhem and mutiny at the theatre.

May brings the rich, poetic and immersive theatrical experience of Witi’s Wāhine, by celebrated playwright Nancy Brunning. In Witi Ihimaera DCNZM QSM’s books, characters spring from the page, fully formed and opinionated. Here, some of his most memorable characters, from works like The Parihaka Woman, The Matriarch and Pounamu Pounamu, step onto the stage. A co-production with Hāpai Productions, Witi’s Wāhine places the wāhine world view front and centre.

In mid-winter, Scenes From A Yellow Peril by multi-award-winning Chinese-New Zealand writer, Nathan Joe will explode onto the ASB Waterfront Theatre stage in a dizzying mix of humour and rage, commentary and confessional. A co-production between Auckland Theatre Company and SquareSums&Co, in association with Oriental Maidens and directed by Jane Yonge, the production presents an uncomfortable, playful, and enlightening provocation on racism and privilege in Aotearoa.

Next up, long regarded as a masterpiece of 20th-century American playwriting, Long Day’s Journey into Night by Eugene O’Neill opens a window into complicated family dynamics, with its darkly funny and deeply moving story. With towering performances by a stellar cast including Theresa Healey, Stephen Lovatt and Jarod Rawiri, acclaimed director Shane Bosher’s take on this classic will strip away the excess to expose the timeless and visceral heart of the story – love, family and the bruises left behind.

August sees legendary Pasifika theatre collective Pacific Underground collaborating with ATC in Dawn Raids by Oscar Kightley MNZM, 25 years on from its premiere in the wake of the apology. Kightley’s contemporary New Zealand play contrasts white-hot anger at the injustice visited upon Pacific People with his trademark wit and warmth, and Elvis - lots of Elvis.

The penultimate show is brand-new ATC commission The Made, by award-winning New Zealand author Emily Perkins. Set in a strangely familiar time and place and featuring the inimitable Robyn Malcolm MNZM, this funny, astute and unmissable new play explores the concepts of humanity, creation and family connection. With director Colin McColl ONZM at the helm, The Made will make its worldwide debut in September.

In a spectacular finale for the year, the eighth show will be North by Northwest, adapted by Carolyn Burns from the classic Alfred Hitchcock movie masterpiece. One of New Zealand’s most internationally successful theatre directors, Simon Phillips, returns home with this outsize blockbuster of a production he created at Melbourne Theatre Company and now restages with a large cast of New Zealand actors. Thugs and spies, cars and planes, murder and mayhem, this will be no ordinary night at the theatre.

Accessible performances will be a key feature of the line-up, with Dentons Kensington Swan funding the company’s accessibility programmes for 2022.

Charles Spillane, CEO of Dentons Kensington Swan, says, “At Dentons Kensington Swan we are passionate about creating an inclusive environment for our community. We are excited to have an opportunity to support Auckland Theatre Company in making the arts more accessible for all through its Accessibility Programme. After close to 30 years of partnership, the Accessibility Programme is a great evolution of our support for the arts and Auckland Theatre Company by now engaging members of our community living with disability.”

From power, politics and philosophy, through to conflict, comedy and crisis, Auckland Theatre Company’s 2022 season invites audiences of Tāmaki Makaurau and beyond to connect, reflect and rejoice in the wonder of live theatre once again.

Subscription packages for the new season and tickets for Lysanders Aunty… are on sale now. Tickets for Grand Horizons go on sale 7 December. To subscribe or book visit www.atc.co.nz or phone 0800 ATC TIX.