t is with much sadness that Te Tumu Whakaata Taonga New Zealand Film Commission (NZFC) acknowledges the death of producer Vincent Burke on 17 February in Wellington. 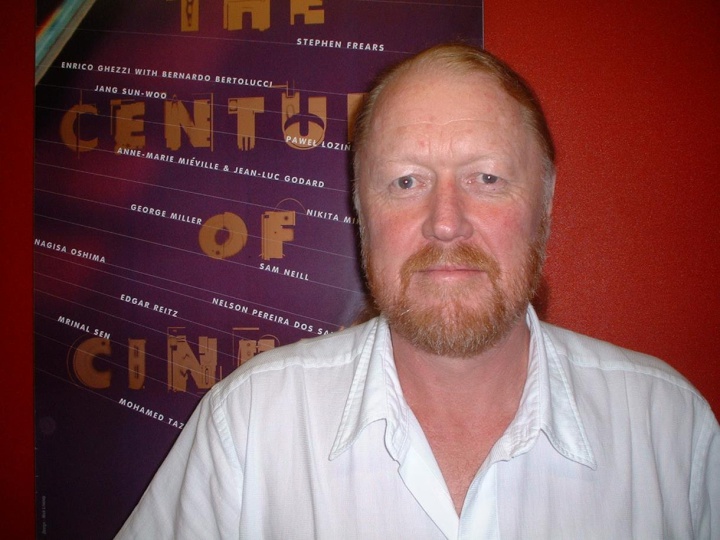 Vincent began his film industry career as a policy advisor for the NZFC, a role which ignited his interest in a filmmaking career. He launched his production company Top Shelf Productions in 1988 and produced his first short film, Gordon Bennett.

Hard-hitting documentaries, I Want to Die at Home and All About Eve received festival awards and led to Top Shelf being commissioned to produce the New Zealand’s contribution to the British Film Institute’s celebration of a century of cinema. Cinema of Unease, directed by Sam Neill and Judy Rymer is one of 18 documentaries from prestigious filmmakers around the world, each taking a personal journey through their country’s cinematic history.

Top Shelf’s documentaries have covered a diverse range of topics and have balanced popular and long-running television shows like Target and weight-loss show, Downsize Me, with ambitious, large-scale projects like Frontier of Dreams which explored New Zealand’s history in depth.

While best known for television documentaries, Vincent never lost his passion for film. In 1995 he produced the New Zealand-Germany-UK co-production, Flight of the Albatross which received the award for Best Children’s Feature Film at the Berlin Children’s Film Festival. He was a co-producer on Jason Stutter’s Predicament and in 2017 produced Paul Oremland’s 100 Men and executive produced Team Tibet – Home Away from Home. In 2019 he was executive producer on Vea Mafile’o and Jeremiah Tauamiti’s feature debut, For My Father’s Kingdom which had its world premiere at the Berlin International Film Festival.

In addition to film and television projects, Top Shelf has also made promotion, training and industrial films.

A champion of the screen industry, Vincent was a past President of SPADA and the NZ Film and Video Training Board. He was named SPADA’s Industry Champion in 2012 for his lengthy career and for giving back as a mentor, mediator and supporter of a range of industry initiatives.

SPADA Co-Presidents Sharon Menzies and Richard Fletcher shared, “Vincent was an astute and generous champion of people and stories. He was a steady hand and a wealth of knowledge - Kua hinga he totara i te wao nui a Tane”.

The NZFC’s Chief Operating Officer Mladen Ivancic who worked with Vincent on many of his film projects said, “Vincent was a great raconteur with a larger-than-life personality. He will be greatly missed by the industry and our thoughts are with Vincent’s family and his many friends.”