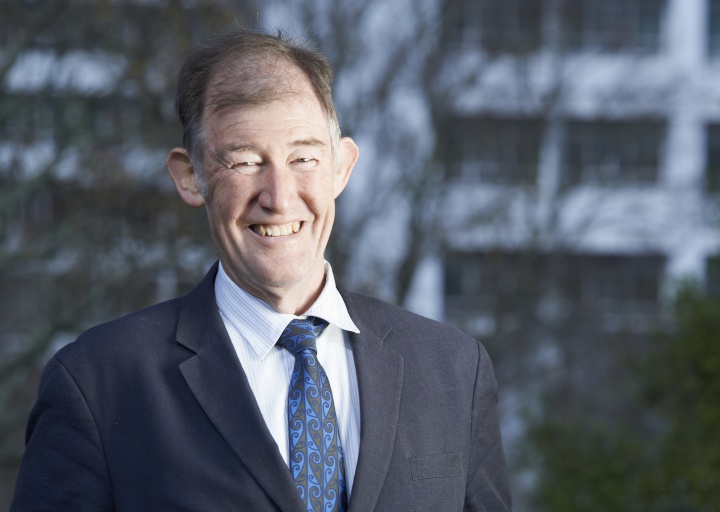 Ross Lawrenson, Professor of Population Health at the University of Waikato, has been awarded Honorary Fellowship of The Royal New Zealand College of General Practitioners.

Honorary Fellowship is awarded to individuals of distinction who have made an outstanding contribution to general practice or the medical profession in general. Professor Lawrenson is already a Fellow of the UK Royal College of General Practitioners.

The fellowship recognises Professor Lawrenson’s unfaltering commitment to primary care research and rural health. He has a significant body of research into general practice and rural health, which has involved working with DHBs and experienced GPs as well as GP registrars.

Professor Lawrenson is also highly valued at the University of Waikato for his research contribution, work in the community and commitment to the University’s medical school proposal, and has been a driving force behind the public discussion of why a third medical school is needed to support better outcomes for rural and primary healthcare.

College President, Dr Samantha Murton says, “Professor Lawrenson is an accomplished researcher and academic who has enjoyed a successful career in New Zealand and the UK and has contributed greatly to general practice research.

“He has served the GP and rural doctor community well, becoming a leader in the community and regularly presenting his work at our College conferences,” she says.

Professor Lawrenson says he’s very pleased to be given the prestigious award, in particular given his strong belief that general practice is the backbone of the health system.

“The New Zealand College does a great job in setting the quality framework, encouraging the next generation of general practitioners and supporting general practice research.”

Professor Lawrenson says he’s done his best over the years to continue to promote general practice by supporting students, registrars and established GPs, as well as publishing research and participating in College conferences and activities.

“I would like to thank the College very much for this recognition.”