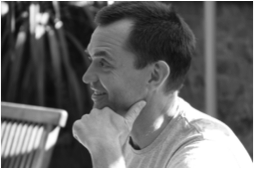 The problem is all too familiar. But here are some facts (hat tip to Bernard): 85% of America’s digital advertising business last year went to Google and Facebook. It hardly needs pointing out that neither of these organisations have ever produced a single news story or asked a single question, although they’ve enabled the regurgitation of other journalists’ work on an unprecedentedly massive scale.

The number of newspapers represented in New Zealand’s Parliamentary Press Gallery has reduced from six in 1990 to three in 2016. And two of those ones - NZME and Fairfax - are currently planning a merger. The other one is NBR. Reducing competition doesn’t offer much prospect of improving the overall standard of journalism.

The number of staff in the Press Gallery has reduced from 50 to 38 in the same time period. And as Scoop’s Alistair Thompson has just pointed out on Twitter, newsrooms over the same period showed a 70% staff reduction.

Scoop and Hive Media have both embraced the notion that advertising funded journalism’s days are numbered, if not exactly over. Scoop, Jan Rivers reminded us, went so far as to ditch its whole commercial model last year, reconstituting itself as a not-for-profit, funding itself through organisational subscriptions and individual donations. This model, she said, is tracking sufficiently well to make Scoop financially viable by year’s end.

Bernard Hickey’s Hive News has a similar funding model. And they do good things. The number of New Zealand journalists who write authoritatively about economics you could count on one hand, and Bernard is one of them.

For Scoop’s part, they open up opportunity for New Zealand news, and readers, that simply doesn’t exist anywhere. journalism accounts for about 15% of their content. The rest is open sourced press releases.

Jan Rivers pointed out a great example of the usefulness of this is the story of the Trade in Services Agreement, aka TISA. This is perhaps the most under-reported story in New Zealand of the last 2 years. It’s a multi-lateral agreement spear headed by America, providing guaranteed minimum levels of government services to be outsourced to the private sector.

On the day that Wikileaks released one of their info-dumps on the subject, only two organisations in New Zealand had any reference to the story. One was embedded within an article in the Otago Daily Times. Meanwhile there were no fewer than seven stories about it on Scoop. If the TPPA is dead in the water, TISA is just starting to take its first breaths.

The point that both Scoop and Hive have to make is this. If you like it, you’ll do yourself a big favour if you pay for it.

Think of it less as consumption (a repulsive phrase), and more as patronage.

If you vote, you should give some money to a news organisation.

If you care enough about what’s going on to look up news stories on a regular basis, you should give some money to a news organisation.

If you read news or clickbait that get dished up ad nauseum on social media, you should give some money to a news organisation.

And, because you knew this was coming, today Scoop Foundation Trustee Jan Rivers announced the launch of the new website for the Scoop foundation where you can become a member or donate.

I like to stick to the truth. Or at least, the facts. I initiate my own freelance projects, and I'm also a hired gun.