Empowering communities to act in a disaster can save lives - 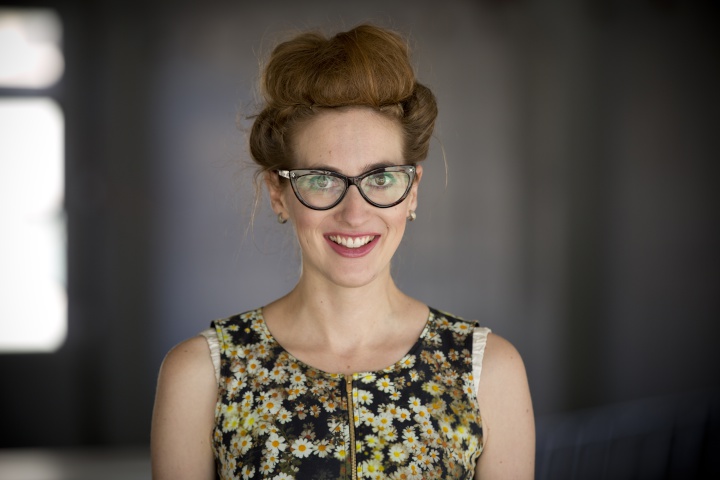 But at a Cost

2017 has seen parts of the United States in the grip of savage wildfires and hurricanes - so many that US Federal Emergency Management Agency (FEMA) employees have been warned that they might have their pay docked for working too much. The year of record-breaking natural disasters means that in the US, as in New Zealand, there’s a conversation happening about how best to run the emergency management sector and what philosophies best engage and protect communities in the event of a crisis. How much of the responsibility for a community’s safety in a natural disaster is the Government’s, and how much can be left up to the community themselves? And how do we ensure none of our most vulnerable residents are left behind?

Here in New Zealand, research and interviews I’ve conducted throughout 2017 show a shift in the philosophy driving Civil Defence in New Zealand. Where top-down, command and control models used to be the norm, some councils around New Zealand are now encouraging communities to build resilience ahead of a disaster, and to identify their strengths, weaknesses, and potential local leaders, rather than waiting for the cavalry to ride in and take care of them when floods, earthquakes, fires or tsunamis hit.

While at a national level the Ministry of Civil Defence and Emergency Management says there’s been a legislative imperative since 2002 for councils to champion community-driven planning, councils have told me that, in practice, the shift in mindset is a fairly recent development (one emergency management worker told me it was pretty normal in any sector for policy to take a while to flow down into what actually happens).

Since the Christchurch earthquakes, but in particular over the past few years, some New Zealand councils have decided to go all-in on community driven planning models. Empowering a community to lead in a disaster is still an experimental approach, and more work is needed to engage some disenfranchised groups, especially non-English speaking people and those who aren’t digitally connected in any way, including many of the homeless community.

You can find out more about the issue in a feature I have written for New Zealand Geographic, with support from the Scoop Foundation for Public Interest Journalism. It’s in the January/February 2018 issue, out now, and is also available online.

In the United States, Daniel Homsey is the Director, Neighbourhood Resilience for the City and County of San Francisco, which is one of the cities pioneering community-driven planning in the US. He has worked closely with his counterpart in Wellington, Dan Neely at the Wellington Regional Emergency Management Office (WREMO) to develop schemes that empower communities to lead in a crisis. In this interview, he talks about the horrific scenes from natural disasters in recent years where the most vulnerable people were left to their own devices in a crisis and, because of existing inequalities, fared worse than the rest of the population. And he addresses how community-driven planning for natural disasters in communities that don’t trust the authorities, or that don’t feel like natural disasters are a priority given the scale of the poverty-related challenges that they face every day.

New Zealand’s Civil Defence framework is currently the subject of a Ministerial Review, with the results due out any day now. There has been a suggestion from the new Civil Defence minister, Kris Faafoi, that a focus of any new approach will be harnessing volunteers for the sector, and that the days of centralisation of emergency response are gone.

Daniel Homsey in San Francisco welcomed such a shift towards more community-driven planning, but warned that it would fail if it was not resourced and staffed properly. I asked him what the Government would need to bear in mind.

“When you look at the emergency management community, you need to recognise that they are staffed with a very keen focus on response. They're not staffed to engage communities pre-event, for years at a time, and have them participate in community planning, community development, and all these other exercises.

“In my team, we spend all of our time facilitating meetings, generating reports and collecting data; it's a real community development exercise. A lot of first responders didn't train for that when they were being trained in what they do. So you need to recognise that if you're going to get behind a programme like this, just dumping this responsibility on your average emergency manager, who is already having a hard time meeting the expectations that might be set for the classic top-down first response approach, you're just setting them up to fail. You could make the opportunity toxic for everyone involved, if they have to go out and meet with communities and frankly aren't happy about being there, that will create a negative outcome for the engagement as a whole.

“You need to look carefully at what kind of staffing and skills are required to do this work. Just taking folks that are retired first responders and don't have a planning background or a community engagement background, you can roll the dice a bit about how effective they're going to be.

“It's one thing to go into a neighbourhood when a fire is still burning; imagine how easy it is for people to be cooperative because they see a building on fire, and if you're a fire official and you're wearing a uniform and telling people what to do, everyone will do exactly as you ask.
If you show up five days before that fire and you start telling people what to do, that they need to have fire extinguishers and smoke alarms, and people might feel like they're busy or it's not a priority. The approach to motivate them to do it [using facilitated community development models] is very nuanced. You're not going in as the knight in shining armour - you're really going in as the help.

“You need to go in and give communities real resources and tools to achieve their goals. Going into communities and getting them all fired up on taking the lead in disaster resilience, and then realising that they need generators and crowbars and cots and tents, they need training and resources. If you don't have those resources for them, you're tainting their impression of the city's real commitment to them. You've said you want to be a partner but you're not investing in them.

“So the Government needs to position some of their funding as a grant that the community can use to keep people at the table to stay engaged, but also to demonstrate outcomes. When we do our Resilient Action Grant planning process, and we bring people together to come up with their strategies for their community, the truth is that we need to make sure there's funding on the other side to justify their participation.

“You only get one chance at getting people to tell their story and getting them to the table. If you put them through a pointless, non-results-oriented planning process, the chances of getting them back to the table to go through that process again is extremely low.

“A national Resilient Action Grant project would be a great idea, and a whole new generation of people associated with disaster resilience with an expertise in community development and community engagement would be a huge opportunity. And then it's about elevation and celebration of communities' successes.”

Daniel Homsey’s comments have been lightly edited for brevity.

You can learn more about WREMO’s community response planning at their site.

This Scoop Foundation funded Investigative series about the safety of our most marginalised citizens during natural disasters continues throughout the week. Next up: what happened to the charities caring for Wellington’s vulnerable after the November 2016 quake, when some were left vulnerable themselves? And later this week, concerns about how traditional Civil Defence messaging excludes the poor from preparedness - and how officials are trying to combat the problem.