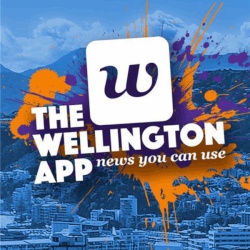 By The Wellington App Team

This story first appeared on The Wellington App, Wellington's first local news and information App, with news, weather, what's on, shopping and much more... Download the App: iOS or Android

Wellington’s been the right place for a visit by a rare southern right whale since it was first spotted in the harbour on Tuesday. But the presence of the whale in the harbour may postpone the Wellington City Council’s inaugural mid-year fireworks event. Thousands of Wellingtonians have thronged to the waterfront this week to try to see the southern right whale that has been exploring Wellington Harbour from Petone to the ferry terminal.

Now there are concerns that the docile aquatic mammal could be endangered by the explosive ten-minute display of light and sound from 6:30pm on Saturday evening, with calls for the Council to postpone the display until the whale has left the harbour.

The weather may be the deciding factor, with north to northwest gales forecast to rise to severe gales in exposed places tomorrow, and further northwest gales expected Sunday (the proposed date for a postponed event).

Saturday evening’s Sky Show is planned to cap off a month of Matariki events, preceding the Hurricanes playing the Blues at Westpac Stadium. It’s the first time it will be held mid-year, and promises to include new effects.

A decision is expected later today.

The southern right whale has attracted nicknames, both with a Michael Jackson connection: “Bubbles”, which is the name of the 35-year-old chimpanzee formerly owned by the late pop star, and “Free Welly”, from the film Free Willy for which Jackson provided the theme song.

Numerous photographs and videos have flooded on to social media.

On Thursday, Wellington City Councillor Simon Woolf joined thousands of people packing Oriental Bay. The owner of Woolf Photography, he always carries his camera and 50mm-500m lens with him, and captured a spectacular shot of the whale in front of the Beehive, which he posted on Twitter. Other images were provided to the Wellington App by Wellington journalist and photographer Peter Dyer, and photojournalist Sean Gillespie who works in communications and strategy. This morning Krystle Field, who works in the CBD, posted this picture (above) to Twitter of the Wellington Whale breaching in the harbour. It is not unusual for whales to come into Wellington harbour, but this was the first recorded sighting of a southern right whale since 2010, according to Department of Conservation marine species support officer Hannah Hendriks.

She advised whale watchers to keep at least 50 metres away from the whale. Collectively, no more than three vessels, including boats or kayaks, or aircraft or drones should be within 300m of any marine mammal. Swimming with whales is not permitted.

Police were patrolling the water on Thursday afternoon to ensure boats and kayaks kept their distance.

Southern right whales were once populous in New Zealand waters, with an estimated 50,000 active before Europeans arrived. There were two right whale populations in New Zealand – one in the sub-antarctic Auckland Islands and another that travelled along the coast and stuck closer to the mainland. They were hunted to near extinction and by the mid-1940s it’s thought there may have been 20 or less.

Right whales were given their name by whalers because they were the “right” whale to hunt. The whales were targeted by because of their slow, surface-skimming feeding behaviour and tendency to stay close to the coast. They also produced high yields of whale oil from their high blubber content, with the blubber keeping the whale afloat when killed. The first comprehensive mobile news and information service, created especially for Wellington city and suburbs. With real-time local news pushed to your device every day plus 100s of local business and community listings, there's no easier way to keep in touch with what's happening, where to go and what to do.