GNS Science says the tremor activity on Whakaari / White Island has been steadily increasing since about 4am this morning. 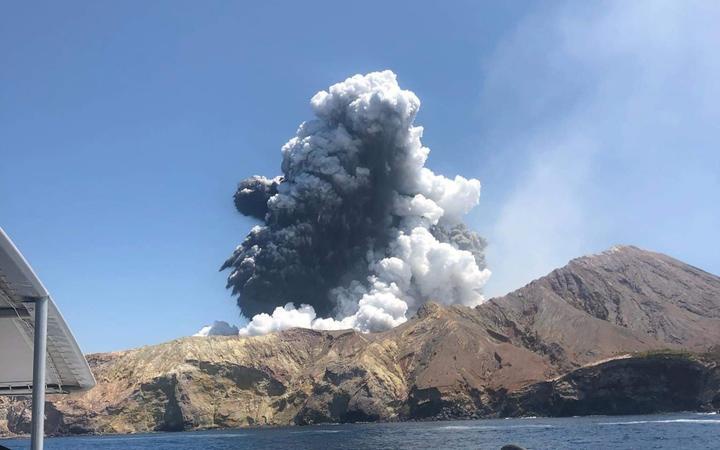 Volcanic gas pressure remains high on the island, where steam and mud have been jetting from craters.

The volcanic alert level remains at 3 - out of 5 - and the aviation code remains at 'orange' - indicating an eruption is occurring with little or no ash produced.

"The situation remains highly uncertain as to future activity. Eruptions in the next 24 hours are still likely to occur. Results from the gas flight conducted Tuesday afternoon are still being analysed.

"These are important for understanding the processes driving the volcanic activity. The gas flights are conducted in the air, hundreds of metres above the volcano and concentrations measured there may not reflect concentrations present in the crater floor.

"There is an extremely low likelihood of any potential ash affecting the mainland, but people may smell gas, depending on the prevailing wind direction. Our monitoring equipment continues to function and is providing us with continuous data on the volcano's activity."

Meanwhile, a sixth person who was evacuated from Whakaari/White Island on Monday died yesterday, and eight others are presumed to have died on the island.

Of the 30 people in hospital, most are in burns units in Christchurch, Hutt Valley, Waikato and Middlemore hospitals.

Forty-seven people were on the island when the volcano erupted - 30 are in hospital and three have been discharged.

So far it has been too dangerous for police to to attempt a mission to the volcanic island to recover the bodies.

Drones carrying specialist measuring equipment must be sent in to analyse gas levels before the police will know if it is safe to mount a recovery operation. Police say surveillance photos of the island show what appear to be six bodies covered in ash.