Plea for exceptions for West Coast in new wetland rules

Plea for exceptions for West Coast in government’s wetland rules

It has taken 15 years and cost ratepayers millions, but the West Coast Regional Council has just about completed the herculean task of mapping the region's wetlands.

But just as it nears the finish line, law and policy changes proposed by the government could force it to start over. 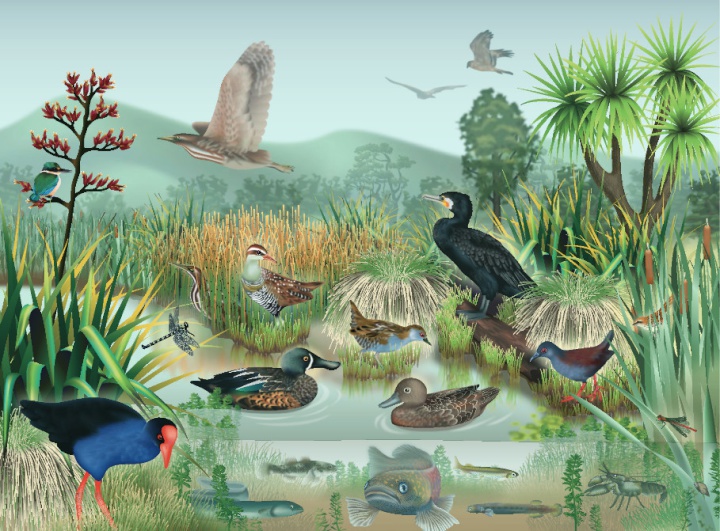 The council's submission on the Resource Management Act Amendment Bill, to be tabled at today's council meeting in Greymouth, strongly opposes parts of the Bill because of the potential impact on the Coast.

And it makes a plea for exceptions for a region that -- unlike most others -- has hundreds of wetlands, many of them on conservation land.

The council planning process for managing wetlands began in 2002 and has struggled through a labyrinth of hearings, site visits, mapping and Environment Court appeals by the Department of Conservation and landowners, ending only in September this year.

It now has a list of 200 significant wetlands, including many on conservation land.

But the council says the government's National Policy Statement on Freshwater Management would effectively require it to go back and identify wetland areas as small 500 square metres (half a hectare).

The council says the Coast's high rainfall and soil types and land use patterns have put it in the enviable position of retaining more wetlands than any other region.

"We consider that 550 square metres is a small area and could include the backyards of private landowners," the submission says.

The proposal could lead to many more wetlands being added to the Regional Land and Water Plan, despite their poor condition and lack of significant ecological values, the council says.

"From past experience, identifying such areas would be time-consuming, resource intensive and well beyond the ability of our small council."

While much of the mapping has involved DOC land, the council with the smallest rating base in the country (32,000) has borne the cost of that work and the same would apply to the monitoring regime the new policies would require, it says.

As drafted, the proposed National Environmental Standards could also kneecap the coast's sphagnum moss industry, according to the council.

"Sphagnum moss harvesting is a unique industry on the Coast and provides a natural alternative to synthetic materials.

"Under the current proposal it would be a non-complying activity ... and this would be a disincentive for an important and sustainable industry," the council submitted.

The cost and opportunity costs of identifying and protecting wetlands on private land would be borne by landowners which was unfair the council said.

"Only 16% of West Coast land is private land ... and some wetlands cover up to 90% of a private property.

"Since wetland protection is a matter of national importance the nation should pay through central government funding to purchase those wetlands."

The proposed rules protecting wetland might be appropriate and necessary for other regions with a higher level of development, but would be economically and socially unsustainable for the West Coast, the council said.

"What we have found repeatedly is that the West Coast differs from other parts of New Zealand. Central government while having the best of intentions does not take into account that there are these regional variations across the country.

"'Cookie cutter' policy may achieve little in a region where there are limited or no pressures on a resource, leading to significant time and resource being required to address it.

"We recognise that it is challenging to apply workable policy across large areas, but believe it can be achieved," the council said.