Another person has died from measles in Samoa, taking the death toll from the outbreak to 71. Samoa's Ministry of Health said the death occured within the last 24 hours.

During that time 83 more cases of measles were recorded, taking the total number for the outbreak to 4898.

The ministry said there were currently 169 measles cases who are in-patients at health facilities, including 20 critically ill children and three pregnant women.

It said as of 10 December, about 91 percent of all eligible people in Samoa had been vaccinated against measles.

Latest update: 3,881 measles cases have been reported since the outbreak with 153 recorded in the last 24 hours. To date, 55 measles related deaths have been recorded.

VACCINATION UPDATE: Graphic uploaded below - as of 2 December 2019. pic.twitter.com/c8hi4gVBuP

Meanwhile, there are now 19 confirmed cases of measles in Fiji.

The latest case is a nine-month-old from Rewa.

The Ministry of Health said the infant was admitted to the main Suva hospital and was now in a stable condition in isolation.

The 19 cases were all from the Central Division. 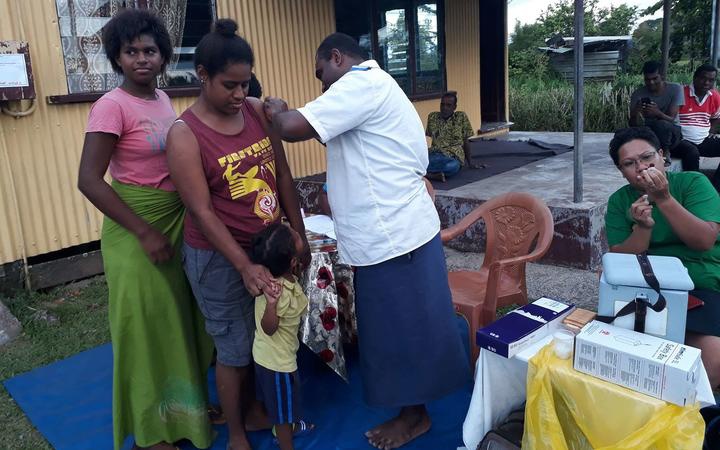 Fiji has received 200,000 doses of the measles vaccine funded by the Australian government.

The campaign could now be expanded to the rest of Fiji from the Central Division, where all 19 cases were located.

"The Ministry of Health and Medical Services has been working tirelessly to ensure that this outbreak is contained. We are pleased to support their critical work to protect Fijians against measles."

Phase one of the campaign saw close to 100,000 people vaccinated.