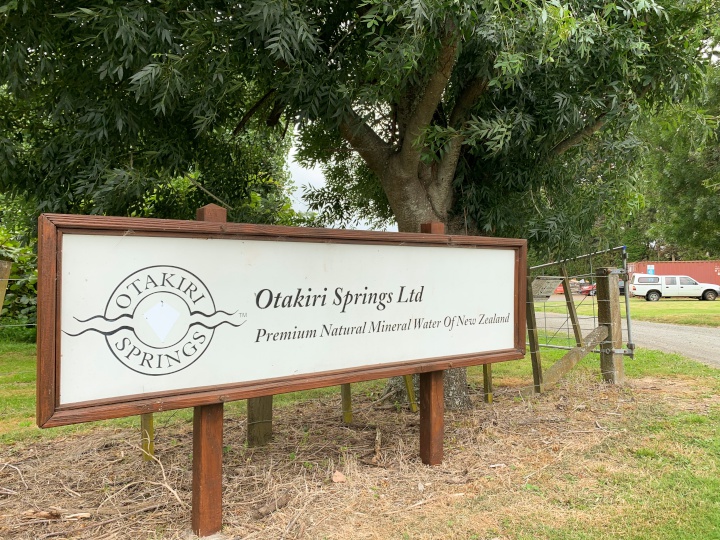 Iwi and local residents' appeals against the expansion of the Otakiri Springs bottling plant have been dismissed by the Environment Court. CHARLOTTEJONES/LDR

In a split decision, the Environment Court has dismissed iwi and residents’ appeals against the proposed expansion of the water bottling plant at Otakiri.

The expansion has been vehemently opposed by both iwi and community groups since consent was granted by the Bay of Plenty Regional Council and the Whakatane District Council.

Opposition has focused on the bottling and offshore shipping of water for “little royalties” as well as the perceived industrialisation of the rural Otakiri neighbourhood and the adverse environmental effects of 3.7 million plastic bottles being made on-site each day, which equates to 1.35 billion bottles per year for the next 25 years.

In 2018, commissioners granted Creswell NZ, a subsidiary of Chinese company Nongfu Spring, the right to increase the amount of groundwater taken by the Otakiri bottling plant for commercial purposes to an annual allocation of 1.1 million cubic metres.

In a two-to-one decision by the court last week, appeals by Te Runanga o Ngati Awa, Ngati Tuwharetoa (BOP) Settlement Trust and residents’ group Sustainable Otakiri against the grant of consents by the two councils were dismissed in part.

The three appellants challenged the groundwater take because of its adverse effects on te mauri o te wai, the spiritual essence of the water and the effects on the ability of Ngati Awa through the Runanga to be kaitiaki (guardians) of the water resource.

Counsel for the runanga said the case against the water take was that the application was “for too much water to be sold too far away”.

In reply, counsel for the regional council said that the export of bottled water for profit, without charge, was a political issue at a national level and not a matter for the court to decide. Counsel for Creswell said both the adverse environmental effects of plastic waste and the foreign ownership of Creswell were not matters for the court to consider.

In regard to the loss of te mauri o te wai and Ngati Awa’s ability to be kaitiaki of the water, Creswell relied on the evidence of Hemana Eruera a Ngati Awa kaumatua of Te Pahipoto hapu who said that any effects of te mauri o te wai could be restored through tikanga processes and that provisions could be made for an ongoing role for Ngati Awa as kaitiaki of the water resource. This position was supported by the regional council.

Mr Eruera said the mauri of the water moved with it and where a person drank that water, overseas or otherwise, that person was enriched by that water’s mauri.

He said the potential employment opportunities from the bottling plant would have a positive influence on the mauri of those people and Ngati Awa generally.

Doctor Mason said the removal of the water from New Zealand as a bottled commodity would erode te mauri o te wai. Once lost from the system through the export of the water, the mauri could not be restored. Only by maintaining the water within the water cycle in Ngati Awa’s rohe could the mauri be retained as it would be staying within papatuanuku.

“If the mauri is diminished or gone the kaitiaki are not fulfilling their responsibilities,” said Dr Mason.

While Dr Mason and Mr Merito agreed that the bottling plant could have positive economic outcomes, those benefits did not offset the negative effects on te mauri o te wai.

In making the court’s decision, environment judge David Kirkpatrick and environment commissioner Ian Buchanan acknowledged that there was growing public concern and increasing political debate about foreign owned companies exporting high-quality fresh water from New Zealand without having to pay royalties or other charges to do so.

They also noted there was increasing concern about the use of non-recyclable, single-use plastic in packaging and containers, however agreed it did not “confer jurisdiction on the court”.

Mr Kirkpatrick and Mr Buchanan felt the end uses of the water, once taken, such as putting the water in plastic bottles and exporting it for the consumption of people outside New Zealand were end uses not controlled under the regional plan. Instead they said they could only consider the actual taking of the water from the aquifer.

“Such controls would require direct legislative intervention at a national level,” said the men.

They also said the runanga’s tikanga submissions did not explain what was considered “too much” when taking water, nor what made the proposed take different to existing takes such as for local water supply or for horticultural/agricultural support.

Mr Kirkpatrick and Mr Buchanan said a taking of water would only be “too much” if it threatened the sustainable management of the source and they did not see that in this case.

Environment commissioner David Kernohan disagreed with the findings of his colleagues and said he was of the opinion that the water take application and variation to land-use conditions applied for should be declined.

“I recognise that mine is the minority view,” said Mr Kernohan.

He said his concerns were not about the water take but rather the adverse effects on the environment of the end use of the plastic bottles manufactured on-site and that the resource application should have been considered as industrial and therefore be a non-complying activity with wider public notification.

“Plastic bottles among other plastic products are almost entirely not bio-degradable and while on occasion they are suitable for re-cycling and re-use, ultimately do not break down beyond microplastics,” said Mr Kernohan.

“They end up at best in various states in landfills and at worst in eco-systems where they have considerable ongoing adverse effects on those systems.”

Mr Kernohan said the court heard little evidence about the consequences for the environment of creating 1.35 billion new plastic bottles per year and that there appeared to be a general view that as water bottling was a legal activity there was “no more to be said” about the environmental impact of such production.

“Creswell expressed little concern for the life cycle of the new plastic bottles they are creating, not the final destination of their disposal,” said Mr Kernohan.

“No information was provided about responsibilities for re-cycling plastic bottles or the potential of bio-degradable or compostable water containers.”

The runanga, Ngati Tuwharetoa and Sustainable Otakiri must now confer on some draft conditions and either agree with or submit their own conditions to the court by January 31 next year.