Building plans accepted by Christchurch City Council show one of its own structural engineers designed a new multi-storey office block that is unstable. 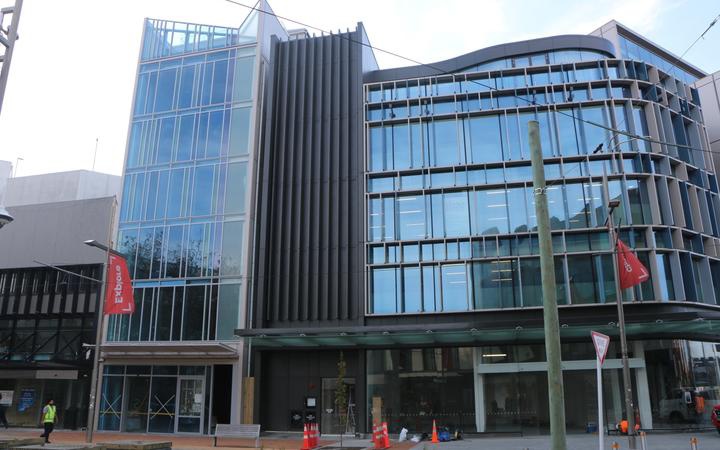 The eight-storey block at 230 High Street is off-limits after an expert ruling that it is too weak and might "rupture" in an earthquake.

But the council says the planning documents are wrong and its engineer, Ronel Catalo, had only a minor role. It says he did only a little of the design work on the block and his name was put as author on a major report without his knowledge - and that it is now up to him to sort that out.

The documents obtained by RNZ repeatedly list Catalo as the senior structural engineer on the project.

The office-and-apartment block owner, Rockwell Group, wants a safety cordon around the building while deciding what to do next.

Catalo continues to work in the council consents team checking designs of other buildings. He declined to comment.

Canterbury University professor Maan Alkaisi, whose wife died in the CTV building collapse in the February 2011 Christchurch quake, has raised the case of 230 High Street with Building Minister Jenny Salesa.

"Remember that I lost my wife because of building deficiencies, so I know exactly the consequences of that," Prof Alkaisi said. He met the minister for the first time last Monday in his campaign for safer buildings. 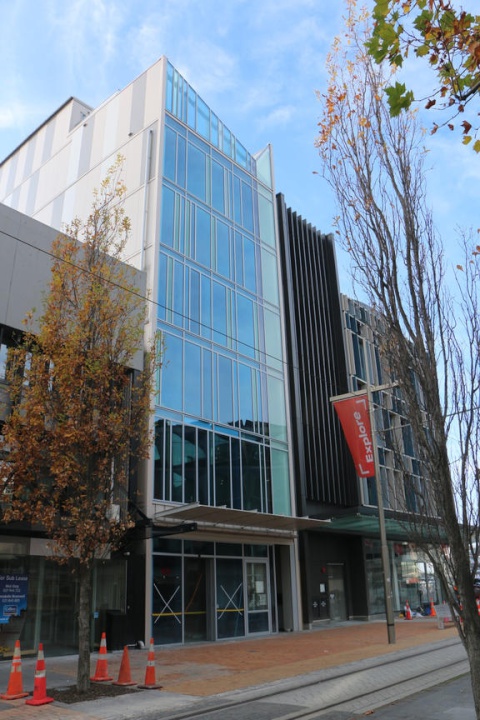 "So it's very concerning that after nine years, I hear that we have a building in the middle of the city that has 10 non-compliant issues."

Most of the design at 230 High Street was done by Seismotech Consulting run by Joo Cho, an engineering graduate of Canterbury University who worked as a structural engineer at the city council from 2007-11. Joo did not respond to requests for comment.

Seismotech hired Catalo while he was also working in his regular job as a senior structural engineer at the council. He did "limited" work on structural calculations and analysis at 230 High Street, the council said in a statement.

"Ronel submitted his conflict of interest to undertake design work."

Catalo did not take part in the reviews that led to the design being given consent, it said.

He also "was not involved in preparation of any reports" about 230 High Street, it said.

The documents RNZ has obtained show that Catalo is named as the author of a major structural design report and calculations for Seismotech in December 2016.

Two other reports about redesign of the superstructure both name Catalo as the Senior Structural Engineer at Seismotech. More than 30 pages of plans for the whole building, including the superstructure, carry his initials 'RC' as designer.

Catalo is also the only person copied in to 13 pages of emails between Seismotech, and the engineers who reviewed the design.

The council says it is now aware that documents imply he had a key role, but that is wrong.

"Mr Joo Cho was the principal engineer for the project and we consider that it was his design ... Other persons who carried out a role junior to the principal, such as Mr Catalo, were not considered in the consent decision," it said.

Not only that, but "his name appeared on the documents without his knowledge", it said.

The council said it had no plans to take any action over that, however.

"Whether his name was included appropriately on the report is a matter between Mr Catalo and Mr Cho, as Mr Catalo was carrying out this work in a private role," it said.

"We have asked Ronel to take that issue up with Mr Cho directly," the council's head of building consenting, Robert Wright, said.

Catalo did not sign any document claiming the completed design complied with the Building Code - Joo and two reviewers did - "which is the reason that we consider that it is irrelevant for consenting purposes whether his name was on a document".

Council records show Catalo was briefly involved in the consent team when it looked at 230 High Street.

This consisted of his giving advice about the facade, the council said.

"The structural compliance assessment was carried out by an external consultant rather than within the same team that Mr Catalo works," it added.

As for engineers doing outside work, they needed to do this to maintain their chartered professional engineer status, Wright said.

Prof Alkaisi said it should be clear that accountability for any bad designs in the first place rested not with the building owners, or the council, but with the structural designer and the independent engineers who checked their work, and also with their companies.

"Definitely, they are number one in this process."

Nine years after the CTV building collapse, there was still no system to hold people to account, he said.

"We still not sure who is responsible."

Reforms proposed by the government did not include holding companies to account, only individual engineers, and that was inadequate, he said.

The CTV Families Group that he represents has repeatedly told the government there was "a crisis of safety and confidence" in New Zealand's engineering, building, and construction industries.

The timeframe of several years to fix this was too slow, it said in a letter last month.

"While we wait, the public continues to face unacceptable levels of risk," Prof Alkaisi wrote, to Minister Salesa and the Ministry of Business, Innovation and Employment.

The peer reviewers of Seismotech's design at 230 High Street, Miyamoto International, told the official investigation into it that they raised concerns about the design that were never addressed, including about "a fundamental change" to a crucial brace.

Their sign-off did not cover the building as it was actually constructed, Miyamoto said, according to the official report. The firm has refused to talk to RNZ.