The search for the two missing people off Whakaari / White Island has been hampered by poor weather conditions today. 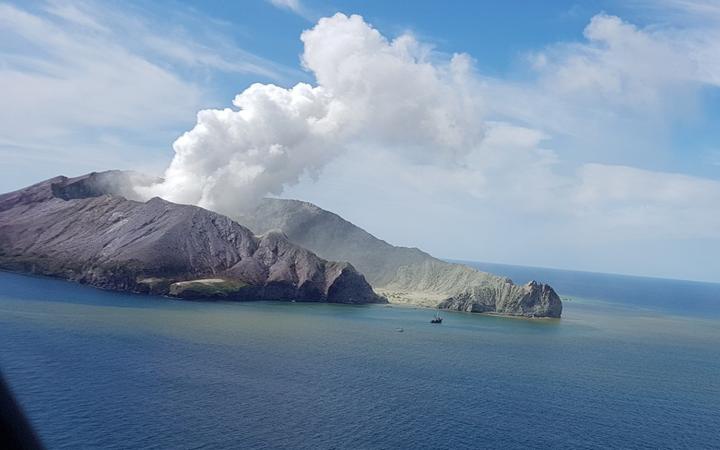 Sixteen people have been confirmed dead as a result of the eruption, while 26 remain in hospitals in New Zealand and Australia, 10 in a critical condition.

Six bodies were recovered on Friday but the Navy and police dive squad are still searching for the remaining two.

Police believe both bodies are in the water around the island.

A police helicopter took off at about 5.45am for an aerial search of the island, however it was forced to turn back due to the weather.

Another search attempt via helicopter or boat may be conducted later this morning, pending a further assessment of weather conditions.

Police said the dive squad was not in the water today. 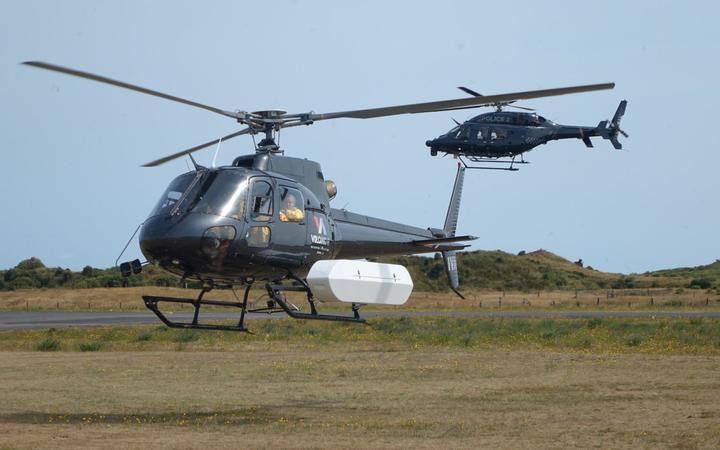 File photo of helicopters involved in the search effort. A police helicopter had to turn back this morning due to the weather. Photo: RNZ / Robin Martin

MetService is forecasting strong winds, rain, and even thunderstorms in the area today.

Whakatāne man Phil van Dusschoten has taken part in marine search and rescue operations in the past, and is owner operator of the Diveworks fishing charter service, which regularly operates in the waters around White Island and Whale Island.

"The risk is really with the wave action and the extremely rocky jagged nature of the remainder of the coastline around White Island" - Phil van Dusschoten duration 9:26
from Morning Report

He told Morning Report that conditions were not pleasant around the island, with often strong currents and now highly discoloured water very likely in the search areas.

"It's an extremely rough coast line around White Island, lots and lots of rocky outcrops, inaccessible areas, the landing bay and the bay next to it are really the only places on the island where one could land and safely search the beach, the rest of it would be extremely difficult probably."

It would be hard to predict where the bodies could have floated if they were in the water, he said

The changing currents added to the challenges, he said.

"Normally we're dealing with pristine clear water conditions out there with up to 40m visibility but with the amount of ash and runoff with that rain we've had ... it would be extremely difficult but we can only maintain hope."

The wildlife around the island had also probably suffered as a result of the eruption, he said.

"Just looking at the areial shots of the discoloured water, I would say the residential fish life and bird life - there were amazing gannet colonies out at White Island - I would say they have suffered immensely."

His business has also felt the effects of the eruption, with the ongoing restrictions meaning staff have been out of work for about a week, he said.

Meanwhile mana whenua have been providing support for the families of the bereaved and those who are still missing.

Hundreds gathered at Te Manuka Tūtahi Marae yesterday for one minute's silence exactly a week after the eruption.

Kaumātua Joe Harawira said mana whenua have been guided by tikanga to look after those affected by the tragedy.

"Our role as Ngāti Awa is to manaaki" - kaumātua Joe Harawira duration 3:54
from Morning Report\

He told Morning Report there was a solemn mood yesterday as people turned up to pay their respects, along with two Australian families affected by the tragedy.

"For me there was a sense of oneness, a sense of togetherness within our whare o Mātaatua."

"Our role as Ngāti Awa is to manaaki, to look after our bereaved families and our community at this time. Manaakitanga is one of our key words and it loosely translates to hospitality and it is our role to look after those who have been bereaved in our community."

He said the recovery of the remaining two people was very important to bring closure to families.