Masterton: Call for citizens to help with climate policy

Call for citizens to help with climate change policy

Councillor Chris Peterson will advocate some form of citizens’ democracy be used to involve people in dealing with climate change issues in Masterton District.

He will report to council tomorrow about the Environmental Defence Society Climate and Business Conference in Auckland he went to in October and the Conference 4 Climate in Wellington he attended in November where forms of deliberative democracy were discussed. This is where deliberation is central to decision-making. 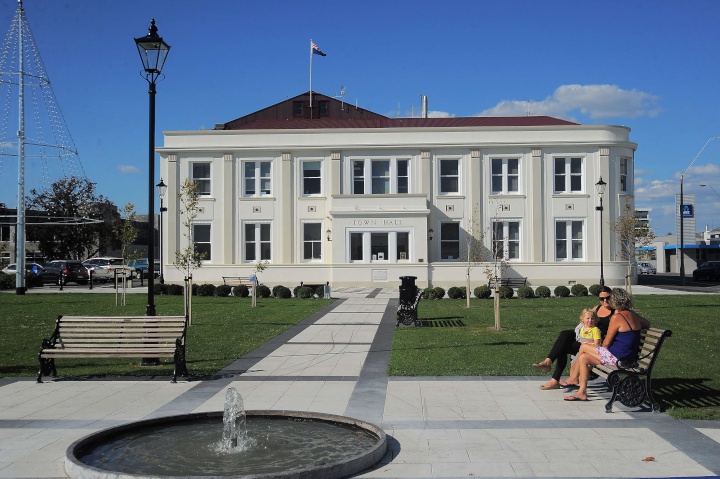 He said even though Masterton District Council did not declare a climate change emergency, at the time of the discussion about it the use of citizens’ juries came up.

He said they were mentioned, rather than promised, but remained a possibility.

This is when a representative sample of citizens is presented with alternatives and make a judgment on what they think is good for a community.

The keen environmentalist said if he had mentioned climate change two or three councils ago in Masterton he would have been told to sit down and shut up but he believed fellow councillors were now prepared to listen to his ideas.

MDC could consider a similar approach, he said.

He hoped ways that people could work with council on climate change issues would be discussed at a strategy day in January being held for councillors.

One conference he attended looked at setting up a citizens’ assembly nationally.

“I wondered if some sort of version of it would have applicability at local government level here,” he said.

“I think it would be good if we discussed something in this general mode.

“I can’t pre-empt what will happen with our council but there has been talk of a working group."

A working group on climate change could include citizens as well as councillors.

He said MDC could do something similar to what Upper Hutt had done or pick up the idea of a citizens’ jury.

There had been three webinars organised by Local Government New Zealand [LGNZ] which stressed the use of “engagement”.

Also, at a meeting of rural and provincial councils a few months ago it had been argued that “business as usual” was not going to cut it going forward when dealing with climate change issues.

“I am hoping to have a bit to say on it at the council meeting,” he said.

“All I am asking is let’s discuss what these options might be before the pressure gets too much.”

In a report to council he said a citizens’ jury was akin to the citizen assembly.

Having a climate change citizen assembly was one of the three demands that Extinction Rebellion (XR) were making internationally, the others being to tell the truth about climate change and set a target of zero emissions by 2025.

At the conference in November MPs from all parties had discussed the need for a national response involving a transformation away from “business as usual” to a shared vision of a new economy - and society involving all sectors and all citizens.

LGNZ President David Cull had said climate justice was seen as a key concern, requiring everyone in a community to have a voice.

Deliberative democracy approaches were seen as helpful in such complex situations in reaching more convergent rather than divergent social outcomes, Peterson said.

Similar techniques had been used in many Australian states and countries including Ireland, the UK and France have adapted it for climate change consultations with their people.