The inquiry into the allegations of sexual assault made by one Labour member against another has cast major doubts over the accuracy of the chief complainant's story. 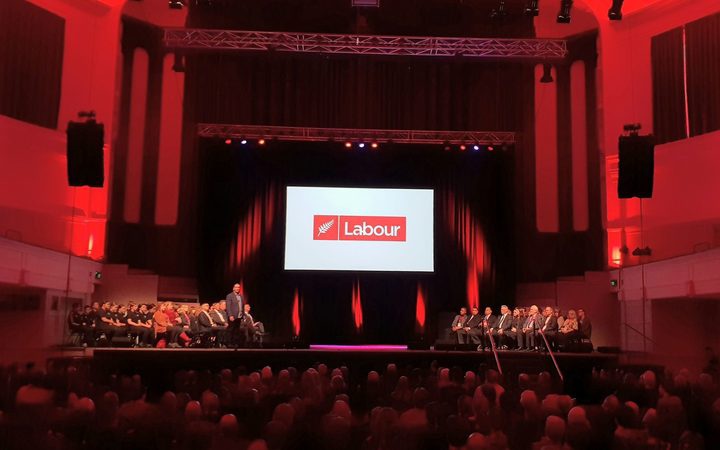 It found "insufficient evidence" to back up the most serious allegations and ruled critical elements of the complainant's version of events were incorrect.

It also said the complainant had since admitted providing "misleading information" to the investigation.

The complainant had given media a screenshot of an email and an attached document which she said she had sent to the Labour Party outlining her complaints of sexual assault.

Ms Dew concluded, on the balance of probabilities, that document was not attached.

The report also rejected the complainant's claim that she had outlined her complaint in person to Labour's investigation panel, saying that was "improbable" when assessed against the weight of other witness evidence.

The party's mishandling of the complaints ultimately forced the resignation of Nigel Haworth as party president at the height of the controversy. The staffer at the centre of the allegations also resigned - but has always denied the sexual assault allegations.

As part of her inquiry, Ms Dew conducted several interviews and considered 28,000 Facebook and text messages between the complainants, the respondent and others.

"The most serious allegations, those of sexual assault, were not established," the report said.

"The assault is alleged to have occurred in February 2018 at the respondent's home. However, there is insufficient evidence that the events occurred as alleged by Ms 1, at any time during February 2018.

"Her evidence was incorrect in several critical respects in relation to the events of that evening."

The report also revealed the two people had been in a "consensual personal relationship" for some eight months by February 2018.

"The time Ms 1 and the respondent spent together in his home or her flat, during the evenings in that month, arose out of their personal relationship.

"In this event, the New Zealand Labour Party Code of Conduct and Harassment policies do not govern their personal relationship," said the report.

Read the executive summary of the report here:

Ms Dew acknowledged sensitive issues about consent and the pair's broader relationship but in the end found the complainant's "recollection of material events about the evening in February 2018 was clearly incorrect".

"Her allegation was also inconsistent with her own numerous contemporaneous Facebook messages with the respondent during that month and in surrounding months."

There were many discrepancies between what the complainants were saying publicly and what party officials said happened.

One of the most striking was a copy of an email the woman said she sent to party officials on a panel set up to hear the claims.

A copy of an email with attachments, dated March 2019, was given to media to show officials had been emailed details of the complaints, and so had been formally notified.

The officials involved still maintain they were never told about claims of a sexual nature.

One of them, Simon Mitchell, went as far as getting his computer forensically examined to prove he had never received that June email.

The report stated, on the balance of probabilities, "the emails Ms 1 sent to the Party on 9 March 2019, to both Mr Simon Mitchell and Ms Lacy, did not contain any attached document detailing her allegation of sexual assault by the respondent".

The respondent had already admitted to aggressive behaviour and inappropriate sexual comments, and had been reprimanded for them, the report said.

However, "this investigation did not find any misconduct or serious misconduct that would warrant disciplinary action under the New Zealand Labour Party Constitution".

A second report into the wider actions of the party won't be released until the New Year; in the meantime, sexual survivor advocates are working with the party to develop better ways for Labour such situations in the future.

In one of her first public appearances as party president, Claire Szabo said the matters raised were serious and needed to be treated accordingly.

"Regardless of the findings from Maria Dew, the Party's previous processes failed everybody and have taken a toll on all involved," she said.

The Prime Minister said the full report should not be released and maintaining the privacy of those involved was very important. She said it would only be the executive summary that will be in the public domain.

Ardern said nobody had been well-served by what had happened and what had been in the public domain.

She said it was time to try and get back into best practice.

The allegations were made by five complainants, four female and one male, who were all members of the New Zealand Labour Party during 2017 and 2018.

The four female complainants were aged between 18 and 21 at the time and were each in their first or second year at university. The one male complainant was aged 24 years; he'd completed his university degree and was working.